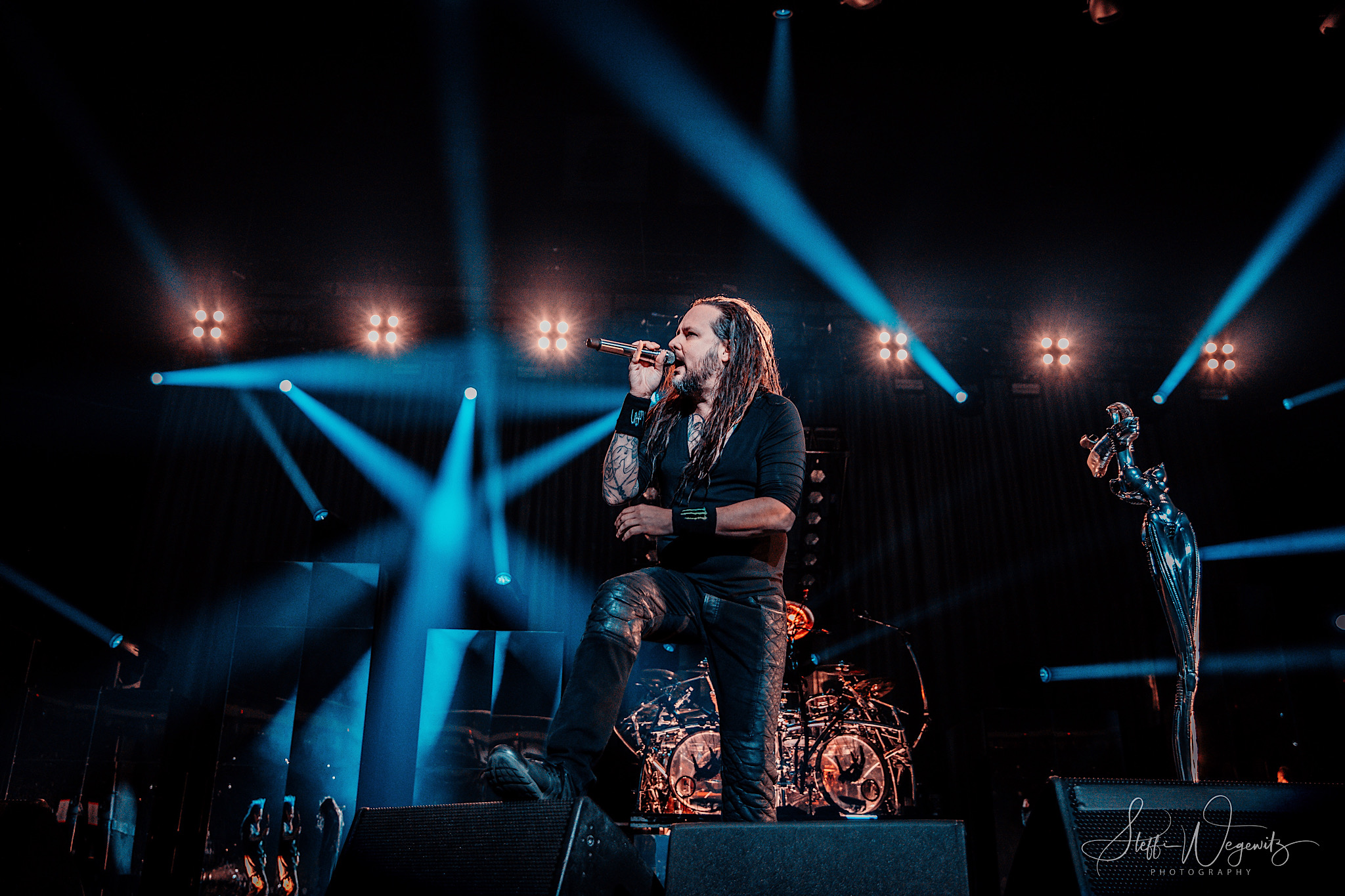 Korn and Breaking Benjamin brought along Bones UK and played in front of an almost sold-out crowd at the Schottenstein Center in Columbus, OH on Friday night.

Opening the show were Bones UK, a rock band from Camden Town, London. The crowd gave them a warm welcome and they replied: “We don’t usually play venues like this, we’re used to pubs.” Of course, they played their Grammy-nominated song Pretty Waste and I enjoyed watching their set. I ordered their album before they even walked off-stage.

Up next were Breaking Benjamin, who were welcomed by a roaring crowd. They not only wowed their own fans, but also the ones who initially came to see Korn. I’d say by the end of the night they had gained many new fans. As a special surprise, Breaking Benjamin were joined by Starset’s vocalist Dustin Bates for an incredible performance of “Breath”. I was highly impressed by their show.

The last band of the night were Korn, and I had been looking forward to seeing their performance for weeks. When the lights went off at the Schottenstein Center one final time that evening, the energy of the crowd went through the roof. At first, the band was behind a curtain, which dropped to the first cords of Here To Stay and the screaming of fans, who have been waiting in line all day to be front row for their favorite band.

What followed was a performance that spanned their entire career and included songs from many of their albums. A small circle pit formed on the floor during most songs and fans were definitely there to have a good time. The band was in top form and fed off the energy of the crowd.

After about an hour their set ended way too early, but the band decided to come back for a very solid four-song encore before finishing the set by throwing guitar picks, drum sticks, and setlists into the audience.

Breaking Benjamin & Korn are still on tour throughout the US in February and I highly recommend checking them out when they come to a city near you. Tourdates can be found here.

Encore:
4 U
Twist
Coming Undone
Falling Away From Me