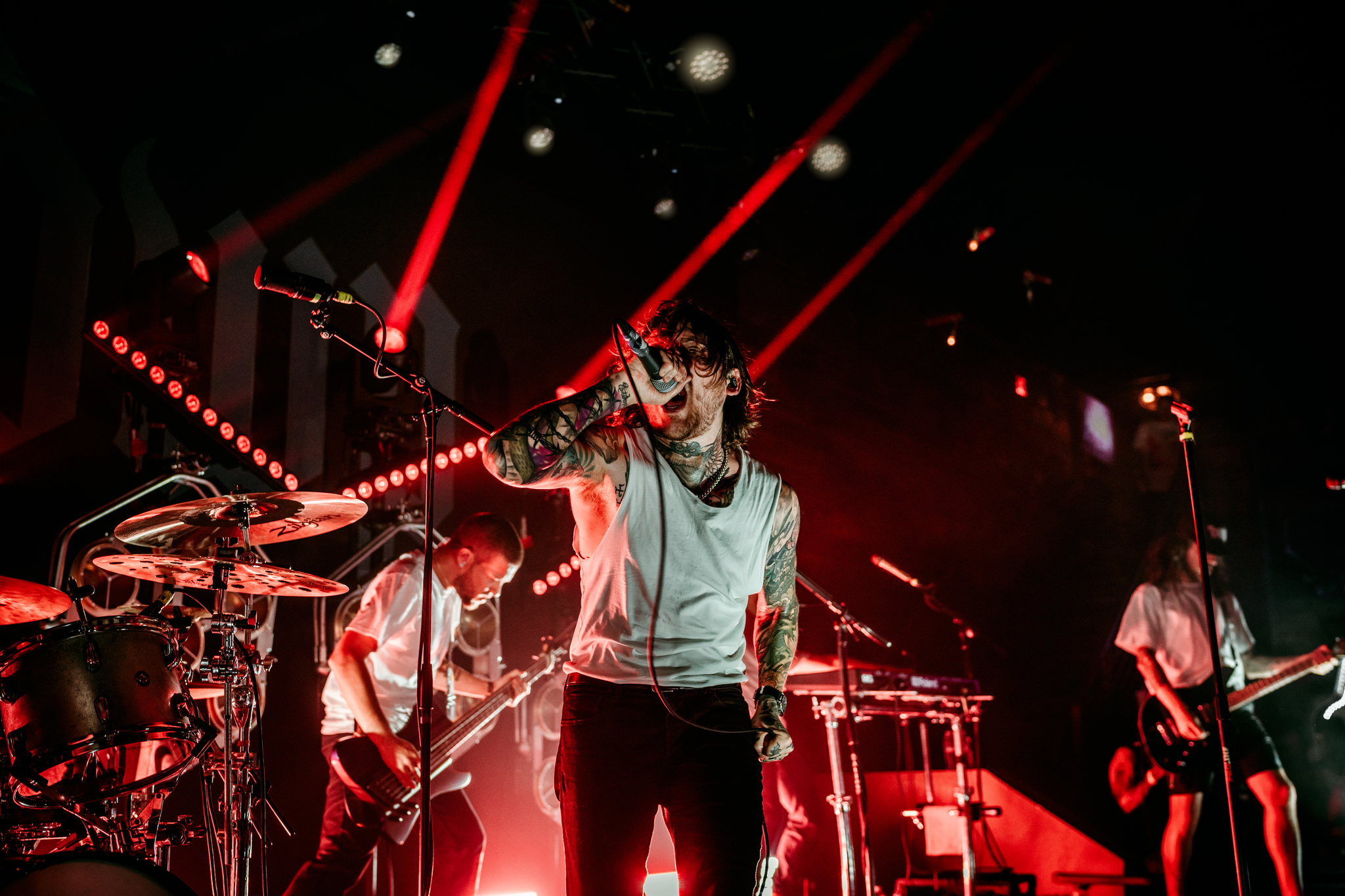 The Devil Wears Prada with Stray From the Path & Dying Wish

The Goldfield Trading Post of Roseville, CA is host to a wide variety of music. Although it stands junior to many venues in the Sacramento area, it has made a name for itself among fans of heavy music. Last Thursday it had the pleasure of bringing one of the most influential bands in modern metal–The Devil Wears Prada–onto its stage.

I have been party to a number of shows here, but even other sold out dates didn’t compare to the headcount at doors. The night opened with Oregon natives “Dying Wish” led by vocalist Emma Boster rallying the crowd with high energy jump-kicks and electric stage presence. While I appreciated the effort that goes into jettisoning water into the air like a level six Squirtle, I was less appreciative of being front row for the guitarist that kept misting the crowd like Triple H entering the ring at WrestleMania. Shower aside, the band put on a hell of a show. Songs like “Cowards Feed, Cowards Bleed” and “Innate Trust” kept the pit active and ready for the next set–Stray From the Path.

Drew York of.. New York–is nothing if not a showman. Refusing to shy away from political and world controversies, the band flanked songs with calls to action and rallying cries of unity against hatred. Opening with “Guillotine”, imbedding hits like “Fortune Teller” mid-set and ending on “First World Problem Child”. The Brooklyn natives even graced the crowd with an unreleased new song, demanding nothing short of roof-rattling energy to feed potential music video highlights.

Then the time for the Headliners arrived. Having not seen TDWP since mid 2010’s Warped Tour, I was extremely excited for what ended up being one of the longest sets I’ve seen in years. The band took obvious care with their setup–with huge, moving lights and burning incense the metal alumni put thought into every facet of their performance to make it as memorable and groundbreaking as possible. When I say groundbreaking I’m also referring to the fact that, had we not already been on the first floor, the floor itself would have surely collapsed under all the movement, moshing, jumping and diving during the night’s final set. With a wonderful mix of both old and new songs from album one to the newest EP, TDWP left no piece of the fanbase behind through the night. An encore of two hit songs “Dogs Can Grow Beards All Over” and “Mammoth” left the egressing fans after the show filling the Northern CA night abuzz with lively conversation and praise.