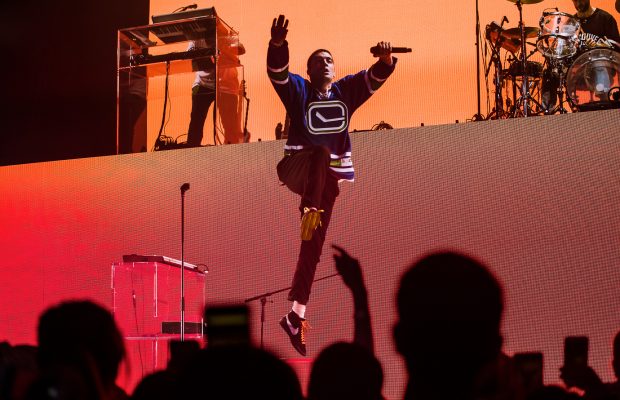 Earlier in the week indie-pop heavy hitters, LANY, brought their 2019 Malibu Nights World Tour to Vancouver’s Queen Elizabeth Theatre. Despite being one of very few seated venues on the tour, the sold-out room was as loud as could be. From the moment Paul Klein, Jake Goss, and Les Priest hit the stage to their hit “Thick and Thin” the energy in the room positively skyrocketed, only to come down once the show had ended. The limited GA pit was treated to Klein jumping down to be closer and even getting right into it, throughout the show. Although, it didn’t stay very limited for long, as Klein gave the room permission to get down into the pit, clearly wanting to be as close to his fans as possible.

The visuals on this tour easily rival those of The 1975, with huge LED screens covering the back of the stage, accessorized simply with their signature clear acrylic keyboard stands. With every song the room is flooded with a new colour and aesthetic, creating one of the most visually dynamic to have graced Vancouver with its presence in months. Along with Klein’s vocals, Goss and Priest, on drums and guitar/keys respectively, have translated all the band’s songs, especially off the new album, Malibu Nights, into a live show perfectly.

If you want to see a band who have great fans, great live visuals, and one of the most entertaining vocalists, you definitely need to go to a LANY show.