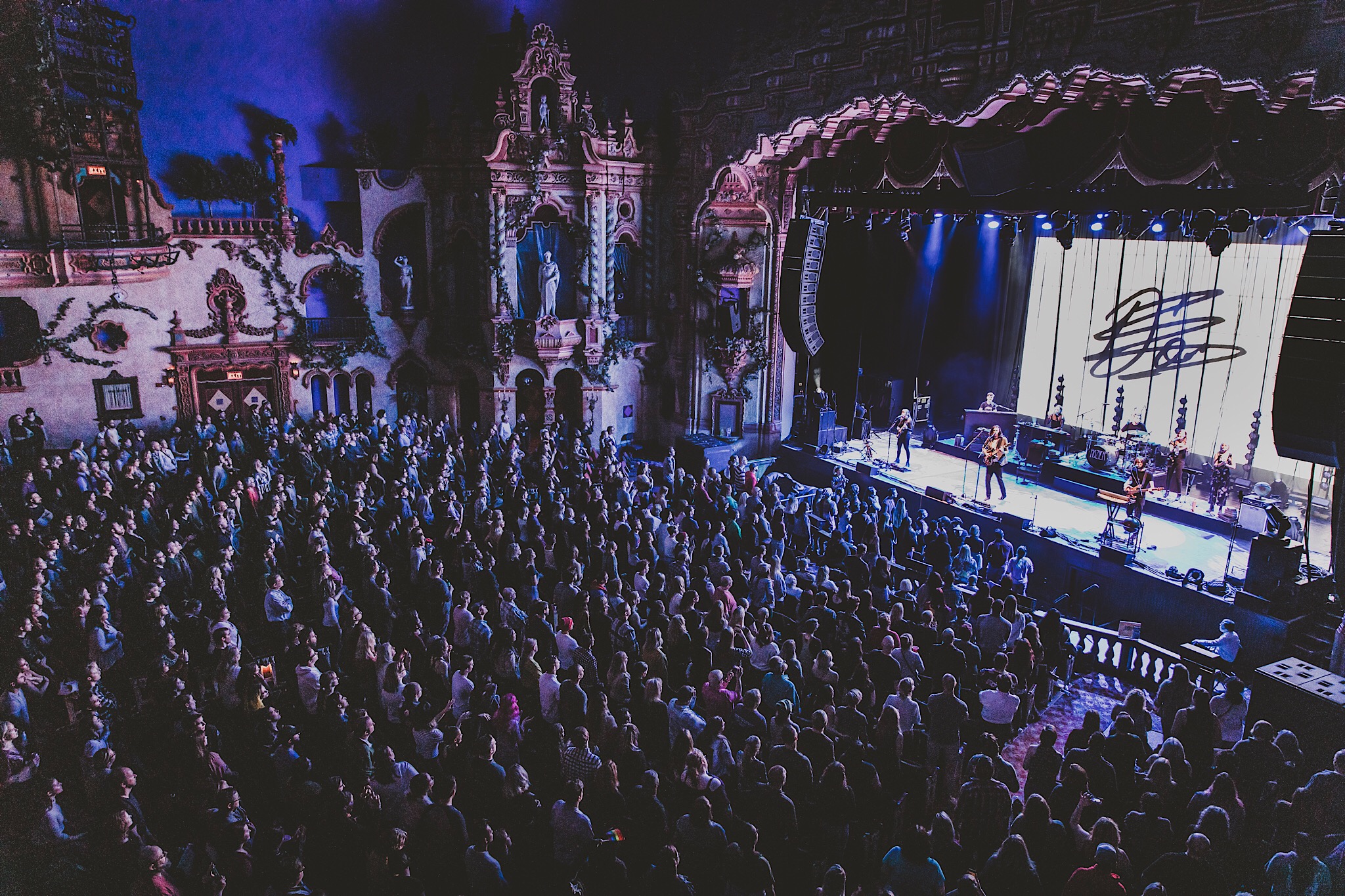 When Hozier announced a stop at the Akron Civic Theatre as part of his “Wasteland, Baby! Tour”, it sold out quickly. The ones who were lucky enough to snag a ticket were treated to a wonderful evening filled with amazing music.

Friday night in downtown Akron started with the very talented Angie McMahon taking the stage promptly at 8 pm. Angie McMahon is an Australian singer-songwriter and as soon as she opened her mouth, the entire theater was in awe. I have heard many good things about her from when she opened during the Australian leg of Bon Jovi’s “Because We Can” tour in 2017,  but hearing her live gave me goosebumps.

Her debut album “Salt” was released earlier in the year and she played quite a few tracks off of it. Her set was about 35 minutes and she kept the audience engaged until the very moment she stepped off stage. Not only is her voice unbelievably exceptional, but she is also funny and has a great stage presence. I can not wait for her to tour the US by herself.

I’d highly recommend that you listen to “Salt” here and follow her on her social media to see if she announces any dates in your area. If she does, make sure to get your tickets! I promise you, you won’t regret it.

Next up, all the way from Ireland was Hozier and it was a tough act to follow. When the lights went off, he came on stage with just an acoustic guitar and started “As It Was” off his latest release “Wasteland, Baby!”. About halfway through the song, he was joined by his band and it was a joy to see them all perform together.

After the first couple of songs, Hozier welcomed the audience by saying “Thank you for being here in Akron, under a night sky.”, which was a reference to the beautiful starlit ceiling of the Akron Civic Theatre. What followed was a great variety of songs, with a heavy concentration on his latest release “Wasteland, Baby!”

He also played a song he just recently wrote and recorded called “Jack Boot Jump” and he asked the audience to refrain from posting it online just yet. Most people followed his request and left their cell phones in their pockets and just enjoyed the song.

After singing his biggest hit “Take Me To Church”, where the audience sang along loudly, he left the stage but decided to come back for another two-song encore before ending the show.

Everyone left the theater very satisfied and happy that Friday evening and I grabbed myself an Angie McMahon CD on the way out and it has been playing in my car daily since then.