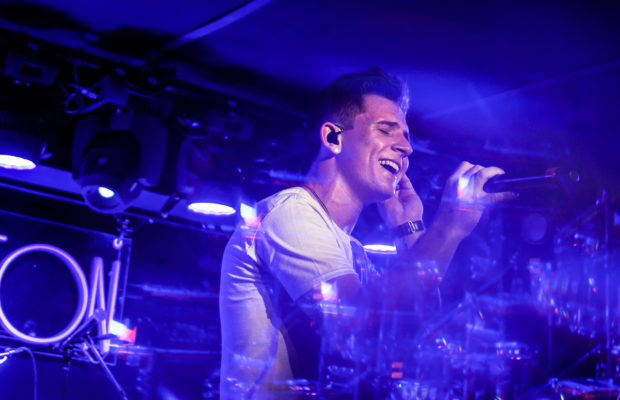 On Friday night Mercury Lounge had a stacked line-up. Starting off the night was Joseph Tilley. Tilley sang songs that can be found on his Spotify including “Feelings” and “I Want U.”

Up next was Teen Commandments from Brooklyn that had the crowd dancing along to their synth-pop sound that had you wanting to move your body along. Their song “Big Old Brain” transports you to a world of dancing at parties late at night, having fun surrounded by friends with a drink in hand, in a world of color —singing along to the lyrics at the top of your lungs.

Continuing the night was Brother Sundance— an American singer/songwriter/producer from Florida. Sundance played songs off of his EP Honey along with a few others. HIs show was energy packed with him spanning the whole stage throughout his performance singing to alt-moody pop with dark electronic textured beats and lyrics that pull you in. He is definitely one to watch out for — I can see him selling out bigger and bigger venues over the next year.

Finishing off the night was Knox Hamilton— a band from the midwest that I would definitely want to see again. Their melodies are phenomenal and stay with you long after you hear them —especially in their song “Work It Out.” They will be on tour the next few weeks and I would highly recommend to go to their show if they are coming near you.