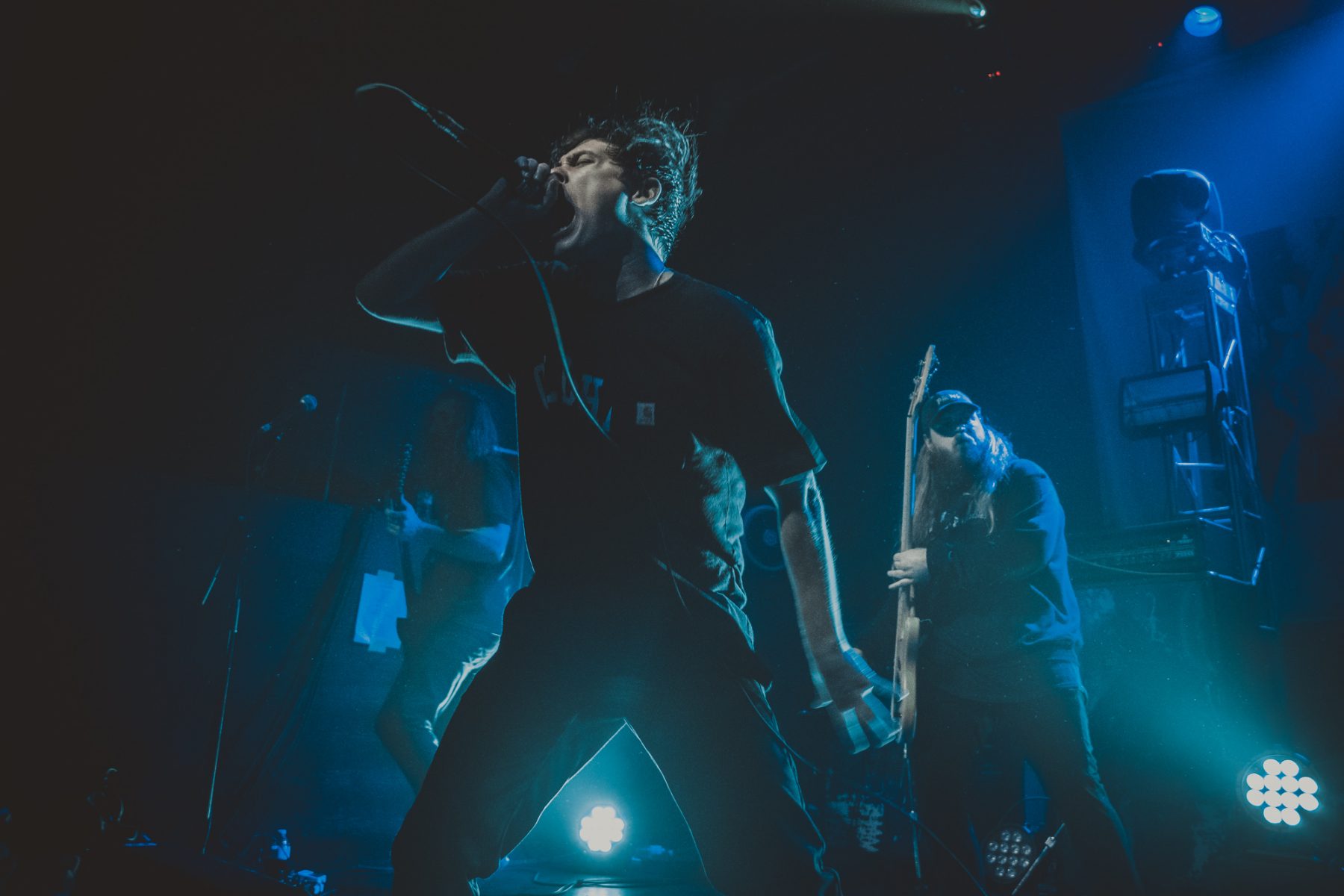 Knocked loose returned to the Pacific Northwest last Tuesday, and they formally introduced me to the hardcore scene. Being a Pop-Punk enthusiast, I have never seen the allure of the Hardcore scene until that night.

With exuberant energy, the five-piece hailing from Kentucky took the stage and electrified the crowd, as the band made their way one by one, the noise level grew from an expectant crowd, and at the peak of the cheering/screaming. Lead singer Bryan Garris emerged from the shadows stepping into blue light, the band quickly opened with Trapped In the grasp of a memory.

As the Vancouver crowd erupted into one of the most aggressive mosh pits I’ve ever seen. I attempted to keep my head low as not to be clipped by anyone surfing their way out of it. When the second song began, I turned back briefly, and a hand came over the barricade across the left side of my face, I dropped briefly, inspected my camera to make sure it was safe and began photographing once again, shortly after the third song I stood to the right of the stage observing the audience, as your typical rookie with a new genre, I was having a hard time understand the lyrics being screamed, but what I took away from the experience was the intense passion shared by the fans shouting those same lyrics back.

The show ended, and I left with an understanding of a scene that is in resurgence. The intense passion felt in the lyrics (which I looked up later) provides an outlet for the same way I feel when I listen to my favorite music from the golden era of Pop-punk. I may not avidly pursue attending another hardcore show, but I do have an appreciation for this scene in a new way. I encourage anyone who doesn’t understand this scene to attend a show!