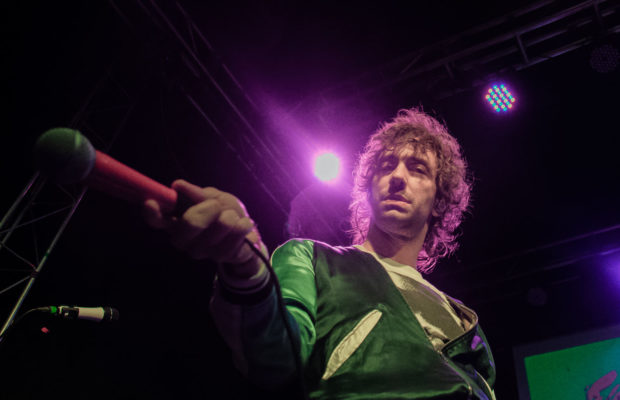 Albert Hammond Jr brought his current tour to Louisville, KY recently in support of his new album Francis Trouble.  Performing to a packed venue, he and his band put on a super fun and high energy performance.  From the moment the band walked on stage and started playing, the crowd was dancing and singing and were ready for a great evening.  Hammond Jr was in high spirits, chatting with the crowd and interacting with them for the entirety of the set.  Dancing across the stage, twirling his microphone and jumping off the stage at one point to sing amongst the crowd, he and the band made sure they were having a great time!  Singing a nice mix of older tracks with some new ones mixed in, the band kept the crowd singing all night!  It was an amazing night of music!  Local psychedelic rock band Vale opened the show.