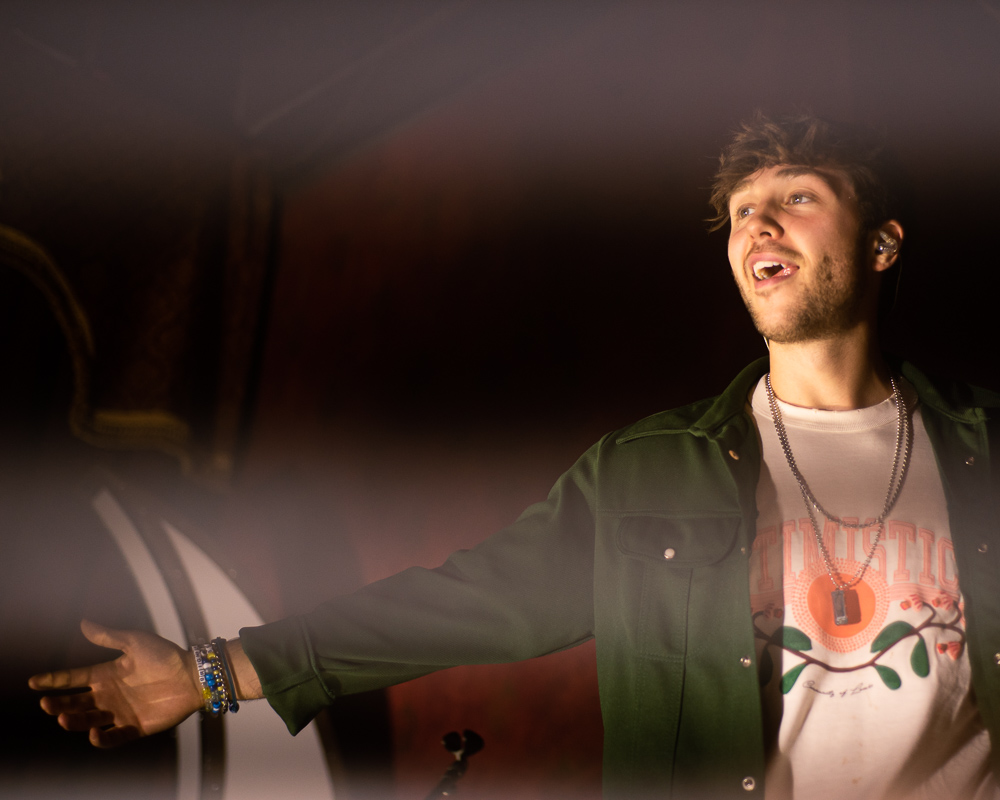 Christian French brought his first headlining tour to an end in Houston, Texas. After four shows in a row French and co were still trucking excited to bring this first chapter to close. With lots of energy a crowd filled up the Bronze Peacock room at Houston House of Blues on a Monday night. The “bright side of the moon” tour was fun and great start to what is only the brightest of features for both Christian French and ASTN who he brought a long with him. Both early in their careers Christian French and ASTN are still trying to find their footing in the music world, but when it comes to performing they’ll already pros.

ASTN at only twenty years old and on his first tour ever he brought so much with them. With lots of passion as he sang and jumping around on stage ASTN is a heartthrob in the making. ASTN did a great cover of Frank Oceans “Thinking Bout You”. The best part of his performance was at his finale song when he leaned into girl who was video taping the set and stared directing into the camera and smiled at it. I can guarantee that girl is still swooning over that moment.

After ASTN warmed everyone up the lights cut and French took stage. With lots of flashing strobes French starts his set with tons of energy. A beautiful stage setting with a bright moon next to French’s piano. French is nothing but excited and grateful to be here. You can see that this tour is a dream come true for French. While supporting his new EP “bright side of the moon” French still was able to mix lots of his older music. His upbeat personality shows through with every song he goes through. The fans couldn’t get enough. It was a great night to celebration and while it was the end of the tour it also serves for the great start of what French will be.