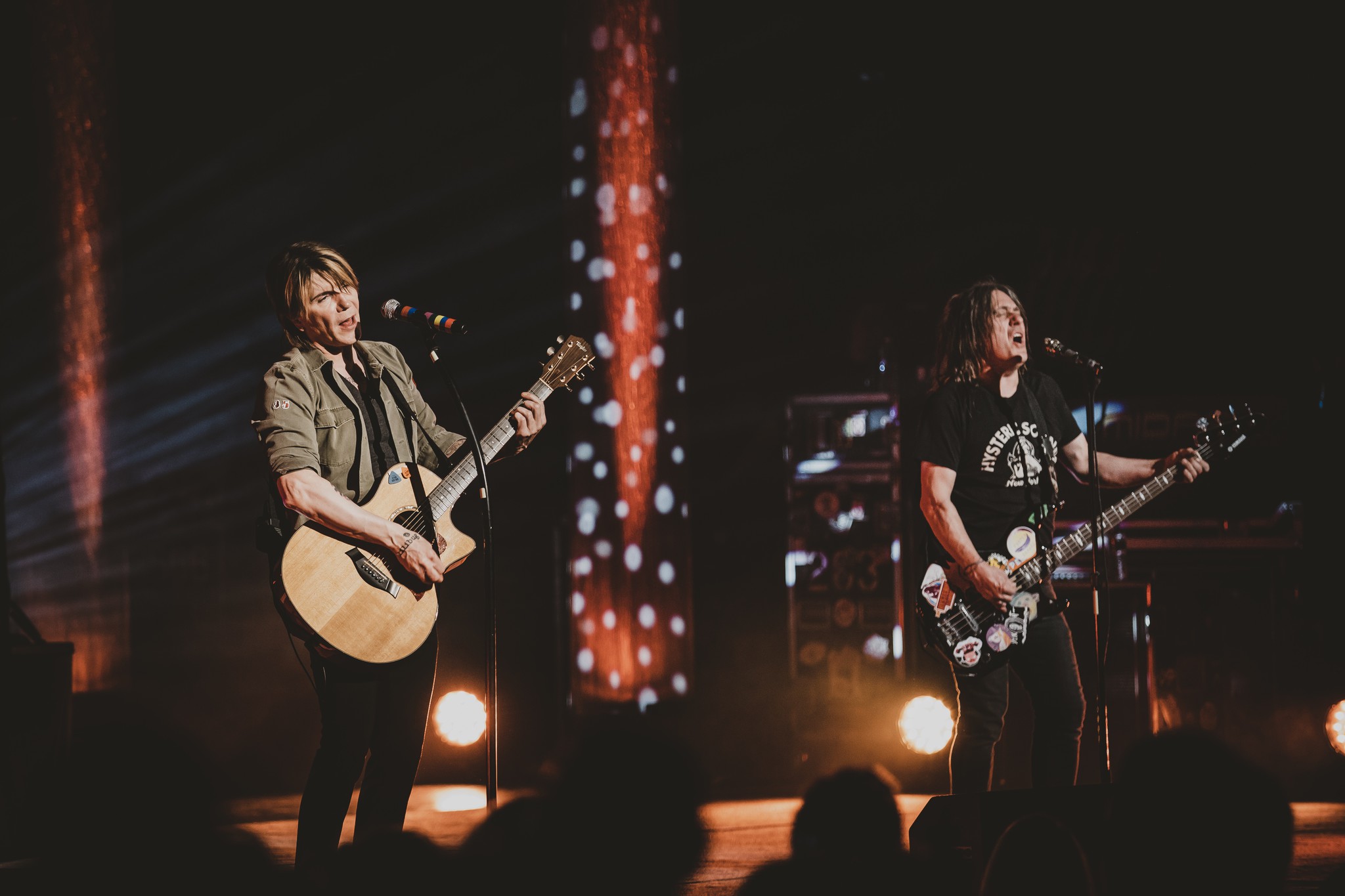 The Goo Goo Dolls were busy all summer touring the US with Train (read our coverage from that tour here) but that did not stop them from releasing their latest album Miracle Pill, followed by the Miracle Pill Tour this fall. I was lucky enough to catch them when they came to the completely sold-out Hershey Theatre last Friday.

When the lights finally went off for the Goo Goo Dolls, everyone in the theatre jumped out of their seats and started singing along to the first song “Indestructible”, off their latest album. They played a great variety of songs spanning their entire career. During “Black Balloon” an enormous amount of black balloons were released into the audience and everyone was having a great time with them. What followed were songs off of Miracle Pill, as well as all the singles everyone wanted to hear. They also played some lesser-known songs, much to my enjoyment.

The band surprised the audience with confetti, TWICE! The entire stage and the theatre floor were completely covered with confetti. After a very solid 92 minute set, they closed the night with “Iris” and left everyone wanting more. I can’t wait until they come back on tour. Hopefully, next summer.