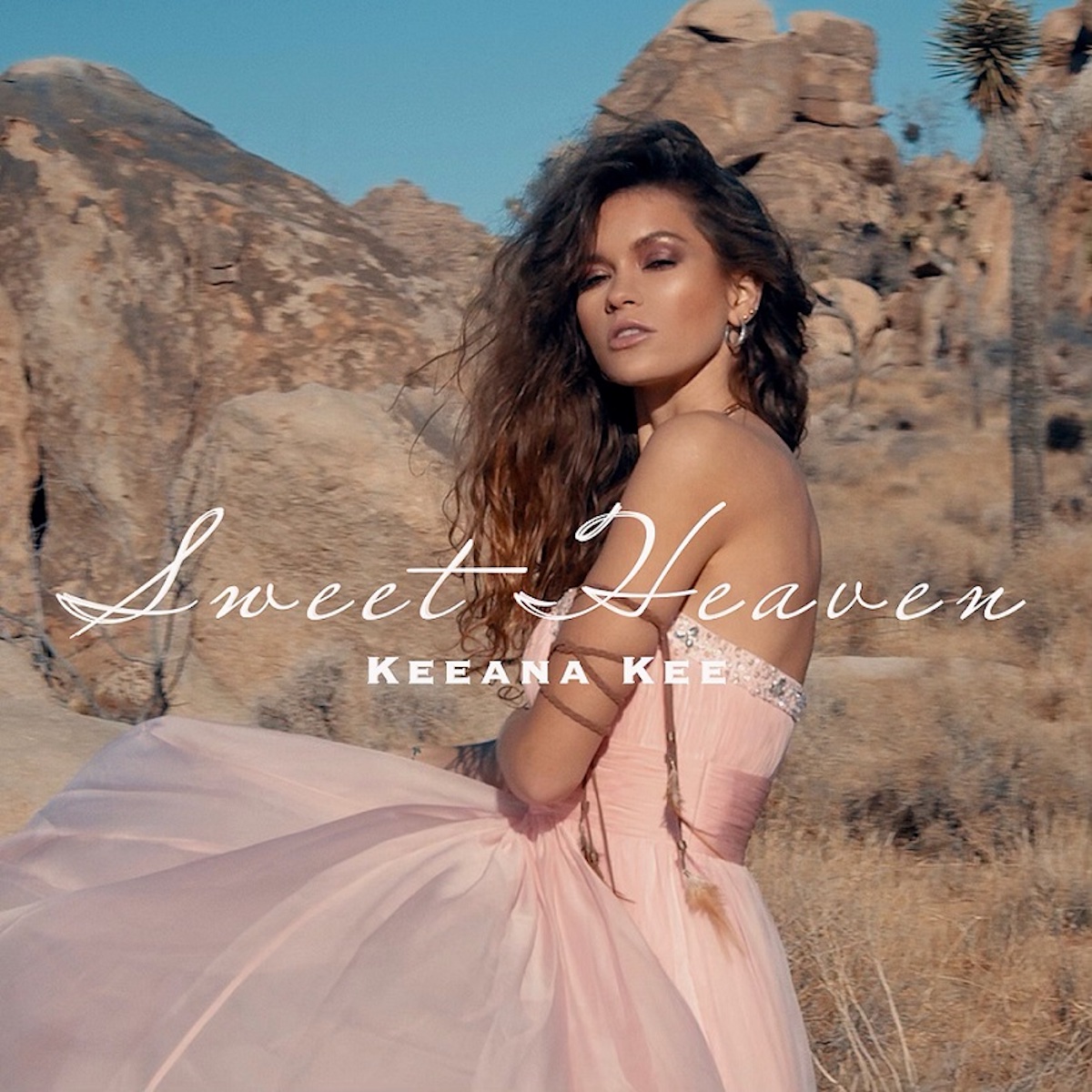 Latvian-born, New York based singer/songwriter and fashion model Keeana Kee has released her new Afropop single/video for “Sweet Heaven” which offers a veiled critique at our country’s increasingly harsh border policies. The visually stunning video, filmed at Joshua Tree in the California desert, tells the story of a Latin American native father being reunited with his daughter, offering a spirituality in the guise of three tribesman who are accompanied by Keeana in the form of a guardian angel, who provides guidance as she oversees those making the pilgrimage. Through the choir-like chorus, Keeana wants listeners to know that someone is always with you, encouraging you not to give up. Keeana has proven an unlikely immigrant success story since her arrival here in 2016 after leaving university in London while still a teenager to pursue her modeling career, living in Milan and Paris before settling in New York.  “I wrote this song hoping that every one of us has that guardian angel or force looking over and helping them overcome the obstacles in life,” shared Keeana. “It can be God, a family member, a friend or a lover, anyone or anything that that gives you strength when times are rough. ‘Sweet Heaven’ is a praise to them.”

Keeana’s first single, the tropical/reggae-flavored “Coconut Rum and Coke,” a collaboration with famed Latin Multi-Grammy Award Winning producer Maffio {Pitbull J. Balvin, Farruko, Nicky Jam) heralded the introduction of an intriguing new talent. The accompanying video, which Keeana describes as a “passionate lesbian love/lust story,” saw her become a passionate supporter for the LGBTQ community. Keeana is frank about her free-wheeling sexuality, refusing to be labeled. That ambiguity adds a delightful layer of mystery and intrigue to Keeana in the ways of such gender-bending artists such as David Bowie or Freddie Mercury. Even though she was discouraged from showing a same sex romance in both “Coconut Rum and Coke” and “You’re Real” music videos, Keeana’s creations mirror her life and experiences she’s had. That affirmative quality has always been a part of not just Keeana Kee’s music, but her life, an indomitable spirit that empowers others to be their true selves, even if it goes against others’ expectations. Growing up in Eastern Europe, Keeana wrote her first song in English when she was just 10, “You Will Love Me,” as a fan of larger-than-life ‘90s divas such as Whitney Houston, Mariah Carey and Beyonce, as well as Aretha Franklin and Ray Charles, then later on, Rihanna and Sia.  Just as important to Keeana as her music is giving back to the community, especially her membership in ISINA, Inc., a music talent search and mentoring program with producers Walter Afanasieff, Kenny G., Humberto Garcia and Paul Oakenfold. Turns out Afanasieff, who famously worked with Mariah Carey, heard Keeana’s song, “Let’s Make Love” and wanted to be introduced to Keeana. Furthermore, it is all part of Keeana Kee’s mission as an artist, to spread joy and empower people to be their best, most authentic selves. That comes across in her music and her inspirational story.  You can connect with Keeana Kee via the following links.:
Facebook | Instagram | Twitter | Spotify | SoundCloud | iTunes/Apple Music | YouTube | Deezer | Bandcamp