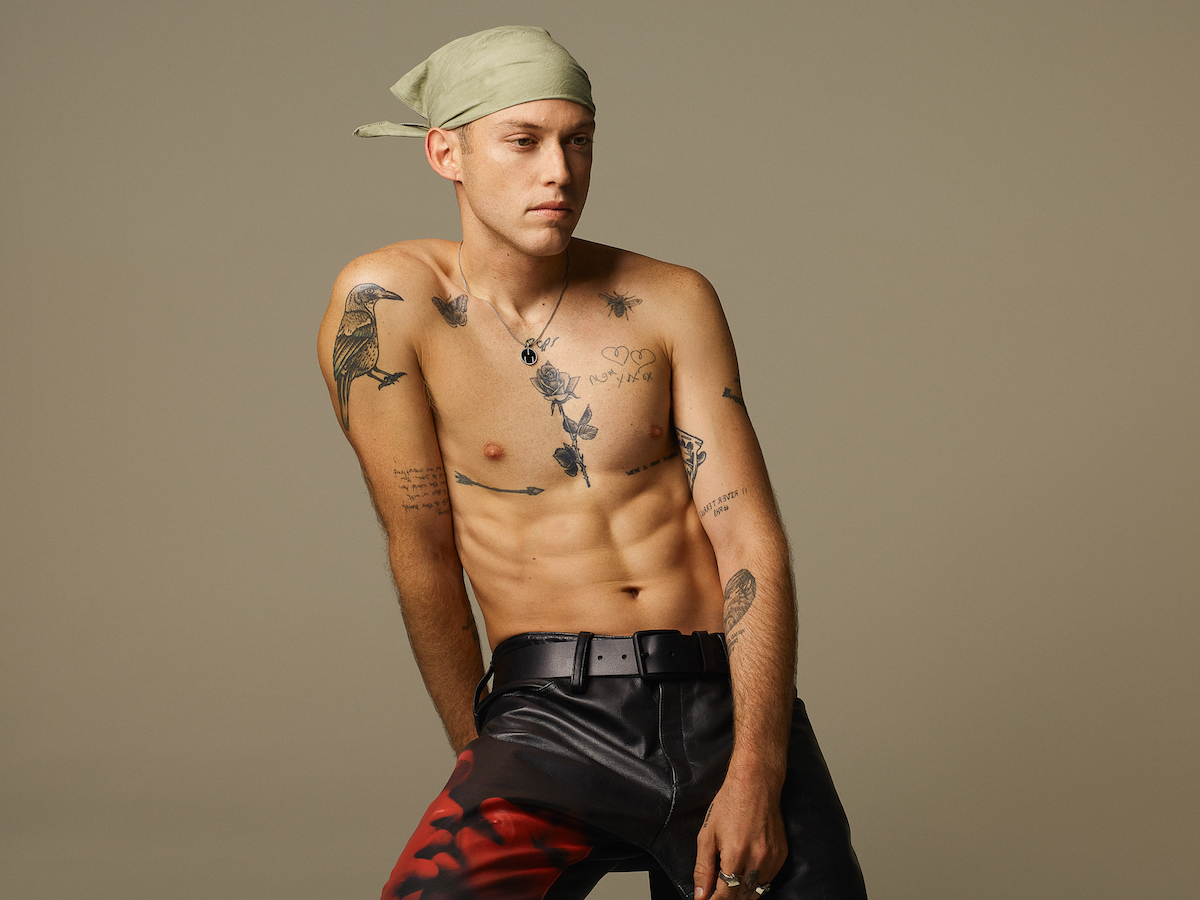 Today, singer-songwriter and fast-emerging pop star Harry Hudson has released his latest single “Overwhelmed” along with a brand new music video ahead of his forthcoming sophomore album, Hey I’m Here For You, out November 20th via MSFTS/Roc Nation. Blending stunning harmonies with a flurry of guitar-plucking and budding percussion walls, “Overwhelmed” is a song about the death of the ego, acknowledging self-doubt and a habit of running away in relationships, while also coming to terms with the need to let go in order to grow.  “I finished working on the album in Kentucky and about two hours before my flight left there was an idea I want to get out and this song shot out of me. We wrote and recorded it in like 30 minutes. It’s one of my favorite songs on the album,” shares Harry about “Overwhelmed.” “Overwhelmed” joins Harry’s three previously released singles from the album – “Closing Doors” ft. Astrid S was featured on Spotify’s New Music Friday and immediately racked up over 800K streams,  “Let Me,” and “Give Up On Us” which was featured on  Spotify’s New Music Friday,  Apple  Music’s Beats 1 with  Zane Lowe, and received support from Justin Bieber, who talked with Harry on his Instagram about the music, passion, purpose, and why using your voice to help others is so important (you can watch their conversation HERE). Recently, Harry released his restocked Positive Pack No. 1 merch collection, after it previously sold out.

An intriguing and multi-faceted young voice in music, Harry Hudson is no stranger to defying expectations. His artistry is marked by a wisdom beyond his years and a positive outlook informed by his life experience. After surviving and recovering from cancer, and bolstered by the strength and support from his family and friends, Harry emerged with a brighter view of the world that inspired him to put pen to paper, creating music that shares a path of understanding the meaning of self-love, embracing individuality, and using our voices to help others. After enduring the loss of his father and biggest champion in 2018, Harry began thinking a lot about the man in the mirror and how to become who he has always wanted to be. His forthcoming album Hey, I’m Here For You showcases his newfound confidence and maturity as he channels his emotional roller coaster into supremely visceral and boundary-shattering pop music. The title Hey, I’m Here For You is adopted from a phrase Harry has used continuously on his path of self-reflection and healing and is a lesson in learning how to love, accept, and be there for himself so that he can in turn be there for others during their struggles. A creative soul and global citizen as well as an ambassador for Teen Cancer America, Harry uses his own life experience to help other young people. This past June in honor of National Cancer Survivors Month, Harry, a Hodgkin’s lymphoma survivor, had a powerful conversation with The Who’s Roger Daltrey, who co-founded Teen Cancer America with Pete Townshend, about the need for developing care and services catered specially to teenagers and their unique needs (you can watch their conversation HERE). Harry is also leading the charge on an initiative to build a new teen cancer treatment facility at Vanderbilt University Medical Center in Nashville, set to open later this year. His work with Teen Cancer America supports their mission to improve the experience, outcomes, and survival of teens and young adults with cancer by providing facilities and programs designed especially for them in hospitals throughout the USA. Additionally, Harry is preparing to establish his own charity also called Hey, I’m Here For You. More details will be announced in late 2020.

Harry’s new music follows a string of previously released singles including “Intimidating,” “Just Slide” ft. Jaden Smith, “Mean To Love,” and “Pendulum.”  His stunning 2018 debut album, Yesterday’s Tomorrow Night, is a highly personal batch of pop music released via Roc Nation and Willow and Jaden Smith’s MSFTS Music. The album has garnered over 40 million streams on Spotify alone and features hit single, “Yellow Lights,” which has amassed 21 million streams and reached Spotify’s Top 10 on the U.S. Viral Chart. Harry has garnered major media attention from Billboard, People, Rolling Stone, MTV, LA Times, Harper’s BAZAAR, Complex, The Fader, Nylon, WWD, Teen Vogue, Highsnobiety and more, and has been named an artist to watch by Pandora and Ones To Watch.  You can pre-order his new album HERE.  You can connect with Harry Hudson via the following links: