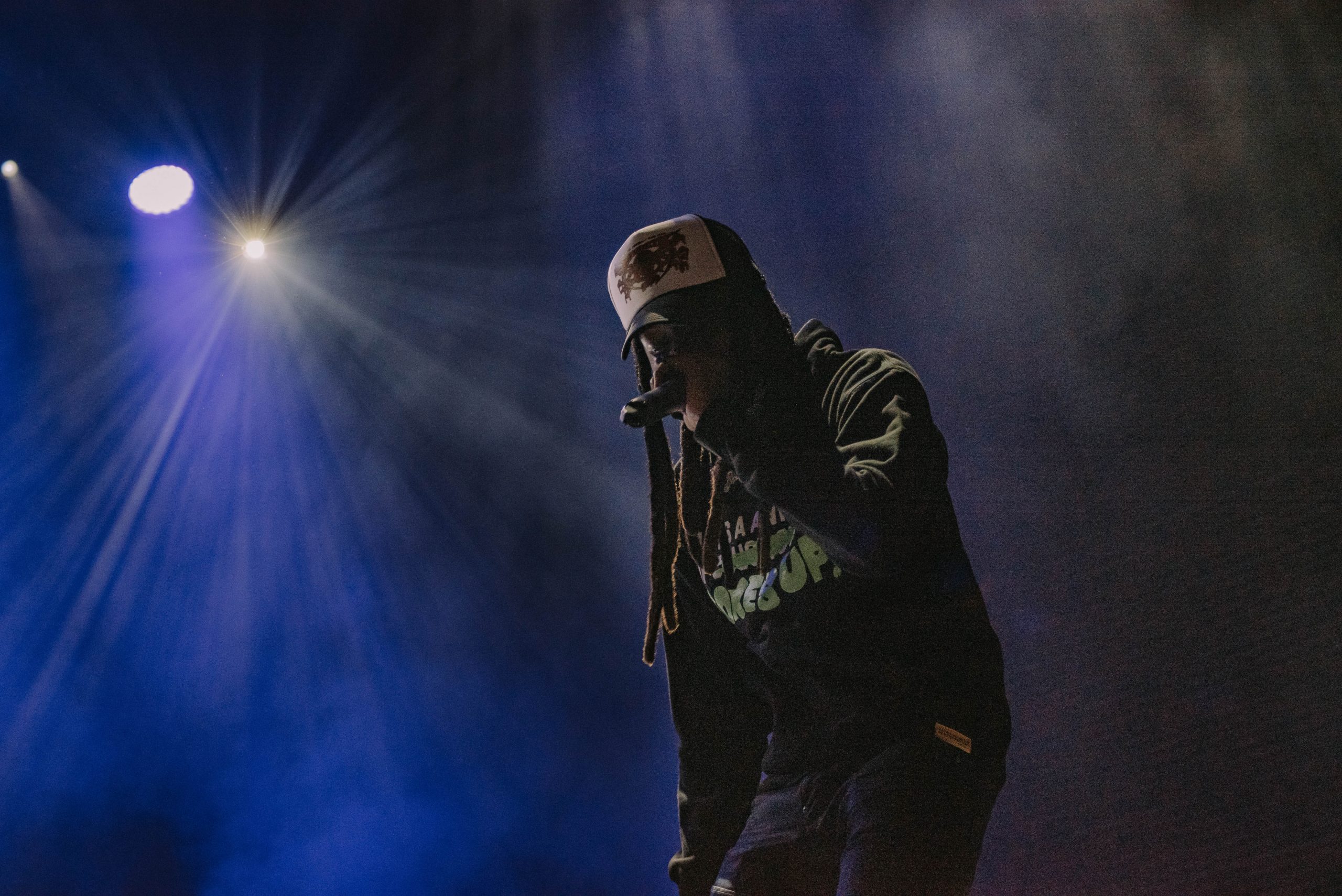 “NEF THE PHARAOH” WITH “RICHIEBANDO AND LAYLO THE PRINCE.”, “STEELO BASS”, “AFFLICTION MUSIC”

On the night of October 16th The Lincoln Theater in Cheyenne, WY put on a free show for the public featuring local artists as well as Nef the Pharaoh. Nef, who was supposed to play earlier in the year in Cheyenne but was canceled due to COVID, was to headline the event.

The event, which was able to be free thanks to sponsors Pete’s Builders, Presidential Barbershop and was presented by Arts Cheyenne, started the night off with locals Richiebando and Laylo The Prince. The two took the stage with energy and flare, the perfect way to hype the crowd.

Next also Cheyenne native, Steelo Bass, took the stage much to the crowd’s pleasure. Steelo rocked the house and was met with thunderous applause during his entire set. The rapper has a great following and is known for his flow and ability to rap at high speed.

The last opener was Affliction Music. A duo from Colorado Springs, CO who have a sweet and salty style of music. They wooed the crowd and were the perfect opener for Nef to come on stage.

Finally, Nef the Pharaoh took the stage and was met with the excited applause and screaming from the crowd. Nef played songs such as his hit “ABC’s” and had one of his counterparts also take the stage.

It was another hit of a night at The Lincoln Theater. If your ever in Cheyenne I would definitely check out a show!