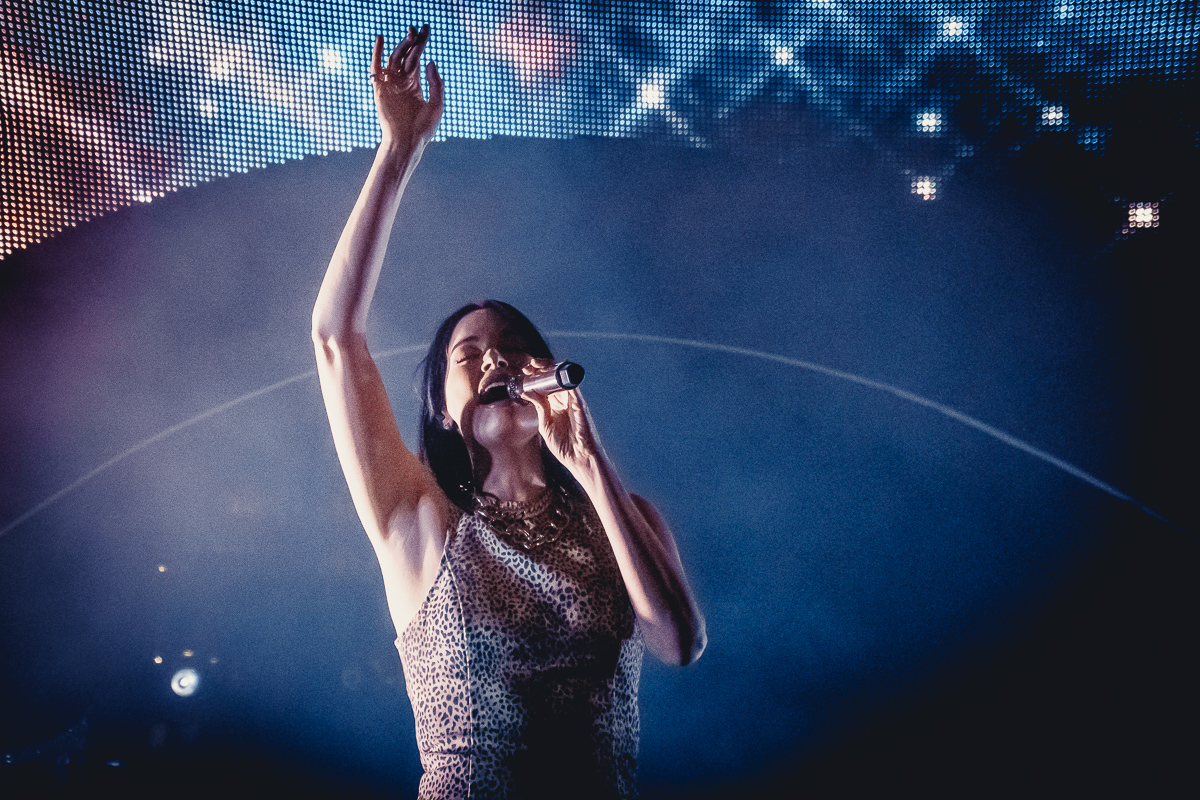 Kacey Musgraves blessed Ohio with one final date on her “Oh, What a World: Tour II” this past spring when announcing it would be in Cleveland at beautiful Jacobs Pavilion at Nautica. She had previously played Columbus this past January at Express LIVE! (reaching maximum capacity of 2 thousand) …  soon before that show had sold out she had collected awards at the CMAs, the Grammy’s soon after (4 wins there, including album of the year) and finally at the ACM Awards this past April winning the same album of the year.

2019 has been a whirlwind for Kacey in terms of finally getting some recognition for her work, which many believe has been overlooked for years due to the lack of country radio support.

On this night in Cleveland, all 5 thousand fans showered her with love and admiration and sang along to nearly every word. She opened with the album opener from Golden Hour, “Slow Burn” and took us directly into “Wonder Woman” soon after. The entire pit was filled with some of her biggest fans as she would point the mic to them allowing them to sing back the words during the chorus of “Wonder Woman”. One of the evening’s highlights came next with “Butterflies” (a song Kacey had penned for new husband, alt-country artist Ruston Kelly). This song has proven to be a favorite among many fans and critics and was one of the lead off singles released early in 2018. Kacey ended up performing the entire “Golden Hour” album throughout her set and added in 2 songs each from her earlier albums. “Merry Go ‘Round” was the first older song played and was also Kacey’s first hit single back in 2013, as well as winning a Grammy for best country song in 2014. You could hear a pin drop between verses as the entire pavilion sang along in unison. Other highlights were getting to see a giant boat pass by behind the stage before Kacey launched into “Oh, What A World” and made sure to make mention of it soon after the song had ended. Its loud horn was heard by everyone as this part of the set was stripped down acoustic. Kacey ended the night with the Brooks & Dunn cover of “Neon Moon” which she has been doing since early 2018 and finally with another album favorite, “High Horse”. She demanded everyone jump as the song was coming to a close and to enjoy the last moments we all had together.

What will the future bring for Kacey Musgraves? That’s to be determined, but I’m sure she will be hard at work on the follow up to Golden Hour as she now has plenty of more eyes and ears on her than ever before. Maybe her next Cleveland tour stop will be at Rocket Mortgage Fieldhouse… hey, you never know.

Opening up was British musician Yola, who released her debut album Walk Through Fire earlier this year. She did an amazing job warming up the crowd and I can”t wait to see what is in store for her in the future.