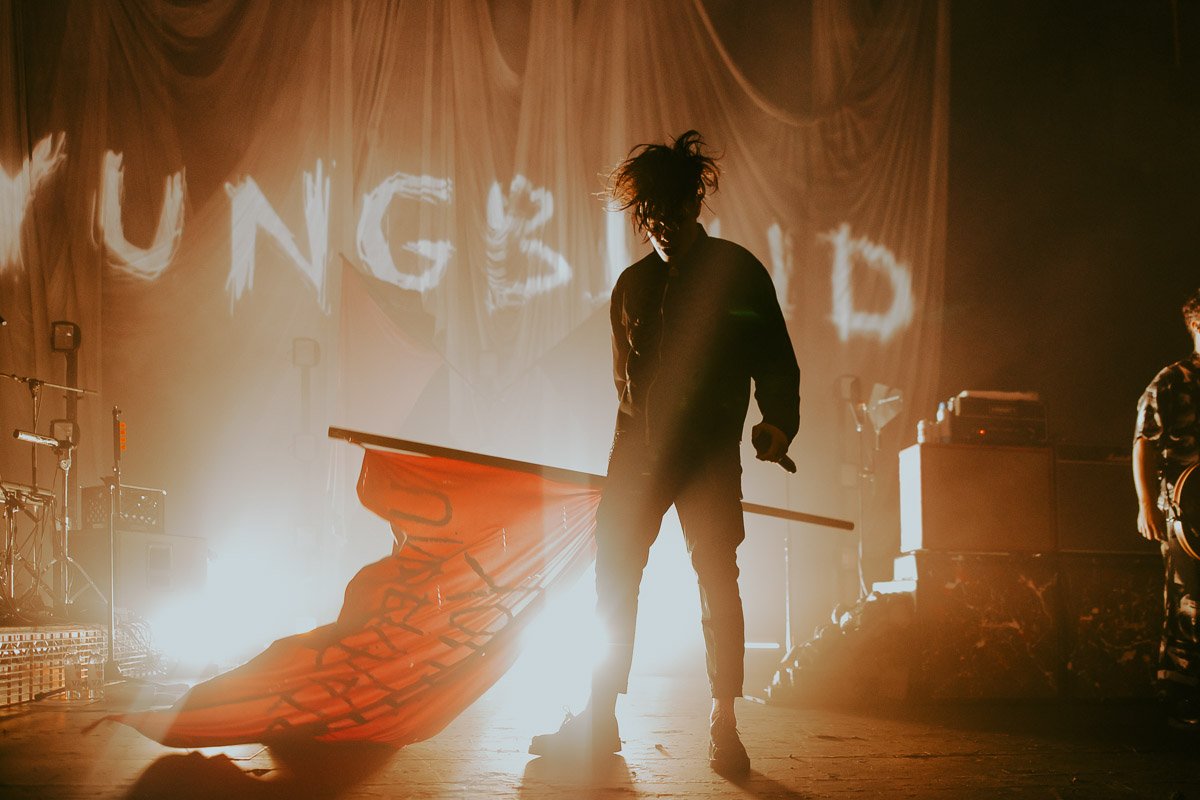 Opening up a night of heavy lyricism and lots of jumping around were Missio, a pop-rock duo from Austin, Texas. It was pretty clear that a solid portion of the room were already fans of the band as they screamed and sang their lyrics right back to them for the whole set, and even those who weren’t already had definitely been convinced by the end of their set. By the way they got the room jumping and moving, you could have easily been convinced they were the headline act.

When it did finally come time for Yungblud to hit the stage it felt as though all the screaming might burst the sound barrier. In wonderful, dramatic fashion, Dominic (Yungblud) walked onstage holding a flag with “Underrated Youth” spray-painted on it, silhouetted by lights, as he took a moment to take in the crowd before turning into a blur of a being as the first song hit. This man has an entirely unmatched energy as he sprints and bounds around the stage, singing and interacting with fans as they reciprocate the energy right back to him. This level of energy is kept up throughout the entirety of the show, with the only minor interruptions being when he stops to express his gratitude towards his dedicated fanbase, making sure that not a single one of them feel alone in this room.

In every interview Dominic does he says how much his insanely loyal fanbase means to him, but nothing really gets the point across until you seem him interact with them during a show, getting up close with the first row, getting right down into the middle of the floor for a song, and meeting hundreds of fans after the show to sing more songs and meet them one by one. He is in a new generation of musical artist, one where strong, personal connections both on and offline have turned he fan to artist relationship into something multi-dimensional and genuine. If there is one artist you need to see live as soon as you can, it is Yungblud.