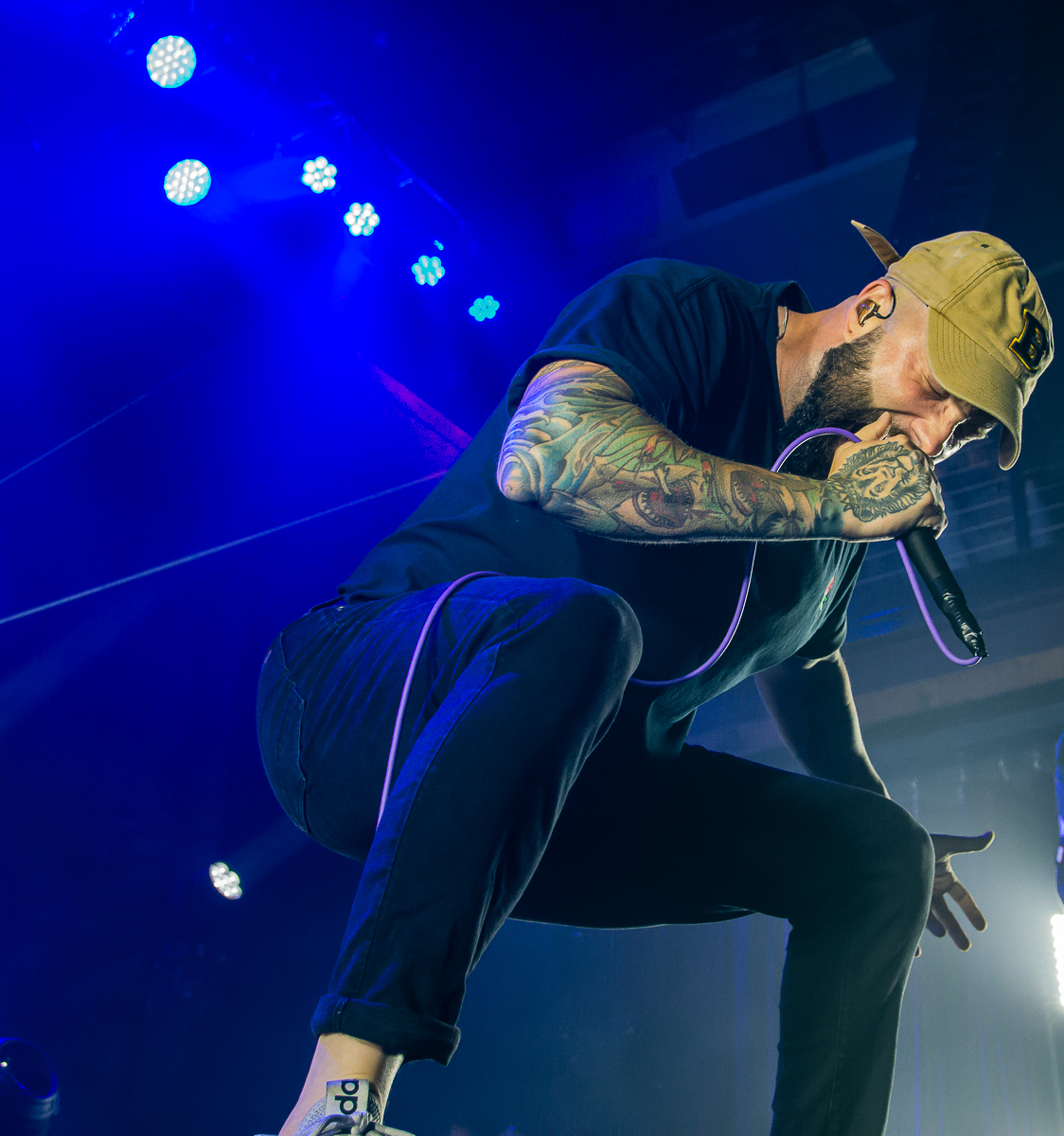 August Burns Red with We Came As Romans, Hollow Front, and Void of Vision

August Burns Red brought their most recent tour to Louisville, KY on August 25th, the second to last stop on the tour! They performed to a packed house of excited fans who were ready to have a fun night of music, moshing, and crowd surfing! Starting things out this evening was Australian metalcore band Void of Vision. Singer Jack Bergin chatted with and thanked the crowd for coming out early to check them out and that it meant the world to them, saying this was their first time and tour in the US! The crowd definitely gave them a good welcome! Void of Vision has released 2 albums, Children of Chrome and Hyperdaze, and although the band had a fairly short set, they performed a nice mix of songs this evening from both albums. Throughout their set, Bergin called often on the crowd to make some noise and that he needed to see a lot of action out in the crowd, to which they happily obliged.  He went onto thank August Burns Red for having them out on tour and being the reason they were on stage this evening. Ending their set with “Ghost In The Machine”, Bergin asked the crowd to show the band how hard KY does it- “I need everybody to jump!”. They definitely made lots of new fans this evening! Next up was Michigan metalcore band Hollow Front. Joking that he couldn’t remember if the band had played Louisville before or not, singer Tyler Tate said “We’ll just say this is our first show in Louisville!”. Having formed in 2016, the band has amassed a quite a fanbase and have released an EP and 3 albums, the most recent of which, The Price of Dreaming, being released this year. They performed several tracks from the new album that included “Self-Sabatoge”, “Heritage”, “Treading Water”, and “Changeling”, as well as some older tracks. Ending their set with “The Price of Dreaming”, Tate announced “This song goes out to all of you dreamers out there. It doesn’t matter what it is. Just follow it. It’s worth it, I promise!”.

Next up was Michigan metalcore band We Came As Romans. Coming out on stage wearing different colored track suits, singer Dave Stephens told the crowd, “We came here to party and throw down! More moshing! More crowd-surfing! I want it all from you Louisville!”. Opening their set with “Darkbloom”, the band got things off to a good start, with the crowd primed and ready for a wild night! Performing a setlist that included tracks such as “Wasted Age”, “Plagued”, “Hope”, “Cold Like War”, and “Learning To Survive”, they played a nice range of songs that spanned their music catalog. “We’ve been on tour for 6 weeks and this is the 2nd to last stop! You all are bringing it! I love it!”, said Stephens. He later told the crowd that this day marked the 4 year anniversary of the death of their bandmate Kyle Pavone, saying “This day is always weird. It’s moments like this where it is hard not to have him here but I believe his spirit is alive in these songs we sing. His favorite shows were the ones where we fucked around on stage, so we went out and bought these shitty track suits to wear! I’m going to shut up now! He’d hate it if we were sad. He’s alive in these songs!”. He later said “One of my favorite things about Kyle was his ability to live in the moment. He didn’t think about yesterday or tomorrow and had the ability to let go and enjoy himself, something I’m trying to do myself. The only thing you are promised is today. If you find things that make you happy, enjoy them! Kyle was the funniest guy I ever met and I want to keep things happy and positive, so I’ll leave it there. This was one of Kyle’s favorite songs!”. The band then launched into “Lost In The Moment”! Stephens told the crowd how it had been a pleasure hanging out this evening and how they have a new record coming out in October before launching into their final song “Black Hole”!

Headlining the show this evening was Pennsylvania metalcore band August Burns Red. Making good use of the platforms at the front of the stage, the band wasted no time getting the crowd hyped, starting their set off with a great cover of System of A Down’s “Chop Suey”! Going onto perform tracks such as “Paramount”, “Beauty In Tragedy”, “Ties That Bind”, “Ghosts”, and “Composure”, the band was very engaging with each other and the crowd throughout their set! Singer Jake Luhrs made great use of the stage, getting the crowd pumped up and thanking security for keeping everyone safe and ensuring everyone had a good time! The constant sea of crowd surfers was a good indication that the crowd was indeed having fun! Telling the crowd how happy the band was to be here this evening, Luhrs went onto tell them a few songs in how the band had never played this song on tour before, as it was off of their album Guardians that was released during the pandemic, with the band then performing “Dismembered Memory”. He also talked about how his buddy Kevin from Knocked Loose was in the house and that it was his birthday and that the band was going to dedicate their next song “Bloodletter” to him, saying it’s the happiest song the band had ever written! Ending the evening with “King of Sorrow”, “Marianas Trench”, and “White Washed”, the band gave their fans a wild night of fun!

WE CAME AS ROMANS