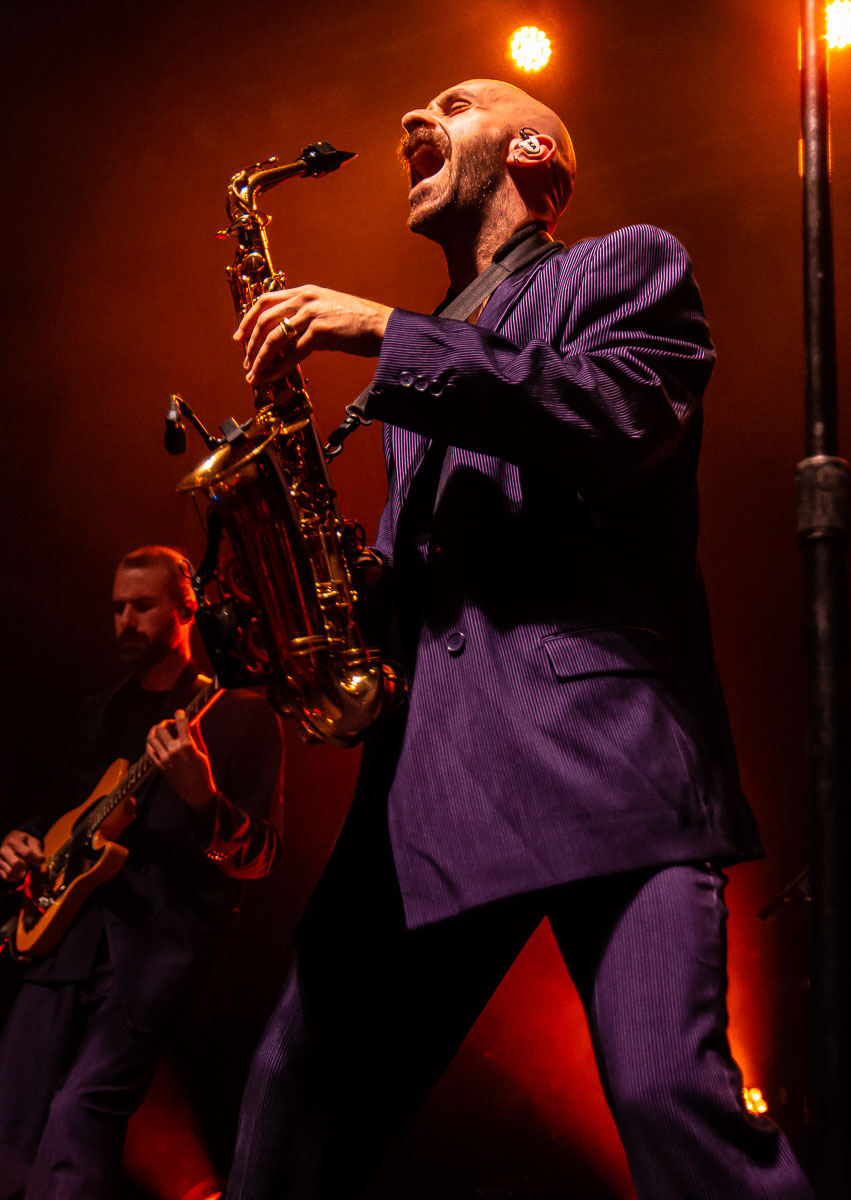 This past weekend, New York rock band X Ambassadors brought The Beautiful Liar tour to Louisville, KY, playing to a packed venue of fans!  Starting things out this evening was Canadian artist Taylor Janzen.  Playing a nice selection of songs from her 2017 EP Fear & Faith and her 2019 EP Interpersonal, she filled the room with a fun energy that had the crowd dancing and singing along, for those who knew the words, and she no doubt made plenty of new fans this evening.  Telling the crowd that this was her first time in Louisville and that she really liked the city, she asked if anyone could recommend a good coffee shop, telling them to let her know at her merch table later or on her IG.  Warm and engaging with the crowd, she put a lot of passion into her performance as she sang each song.  About halfway through her set she had her band leave the stage to sing a couple of songs acoustically, before having them come back out.   Thanking X Ambassadors for bring her out on tour, she ended the set with her recently released single “Something Better”.

Next up was Alejandro Aranda, known by his stage name Scarypoolparty, a singer and musician from Pomona, CA who was the runner up on the 17th season of American Idol.  Playing both guitar and piano/keys, he performed songs from his 2019 debut album Exit Form and 2020 EP Doom Hologram and thanked the crowd from his heart to theirs for coming out this evening.  Doing a few songs with his band and a few songs acoustically, having his band leave the stage for a bit, he talked about mental health and how serious it got for many people during the shutdowns.  He went on to say that, to be honest, it got rough for him but that he was thankful for everyone at the show this evening and how good it felt to be playing live again. He left the crowd in high spirits for the night ahead.

As the lights dimmed and X Ambassadors came out onto the stage, the crowd erupted into cheers and clapping.  Addressing the crowd, singer Sam Harris said “My babies!  My beautiful babies!  We are X Ambassadors and have a wonderful show for you tonight!”.  Starting things off with their hit song “Jungle” and “My Own Monster”, the lead single from their latest album The Beautiful Liar, they were pure energy on stage from the first note.  Dancing across the stage and engaging with the crowd throughout the set, Sam Harris kept the crowd singing, dancing and laughing with his on stage banter, such as telling everyone to tip the bartenders because he saw them back there dancing!  He went on to tell the crowd, “You look so good out there tonight.  I would not lie to you!  Thanks for being here.  It’s a bit of an overwhelming experience for us, to be back on this stage tonight!  We feel so blessed!” before asking everyone to clap their hands and launching into their song “Gorgeous”.

Aside from plenty of their hits, both old and new, they also performed a short medley of some of the tracks they have collaborated with other artists on, telling the crowd how they love to do collaborations with other artists and learn the musical language of other artists.  Starting out with “Home”, on which they collaborated with Machine Gun Kelly and Bebe Rexha for the Netflix film ‘Bright’, they next did “In Your Arms”, a song that was featured on artist Illenium’s third studio album Ascend.  To round out the medley, they performed a bit of the track “American Oxygen”, a song they wrote for Rhianna.  She had wanted to tell her story of being an immigrant and what this country means to her and he said they had worked on the song for about a year, toiling to make it sound right for her and that it is a heavy topic to talk about American identity because it means something different to everyone.  Then playing songs such as “Beautiful Liar”, “Love Songs Drug Songs”, “Love Is Death”, and “Unsteady”, they ended the set this evening with their hit song “Renegades”, which saw the crowd go wild!  It is always a treat to see X Ambassadors live as they pour their heart and soul into each live performance and make sure everyone there has a great time!  And judging by the energy in the room, a great time was had by all!