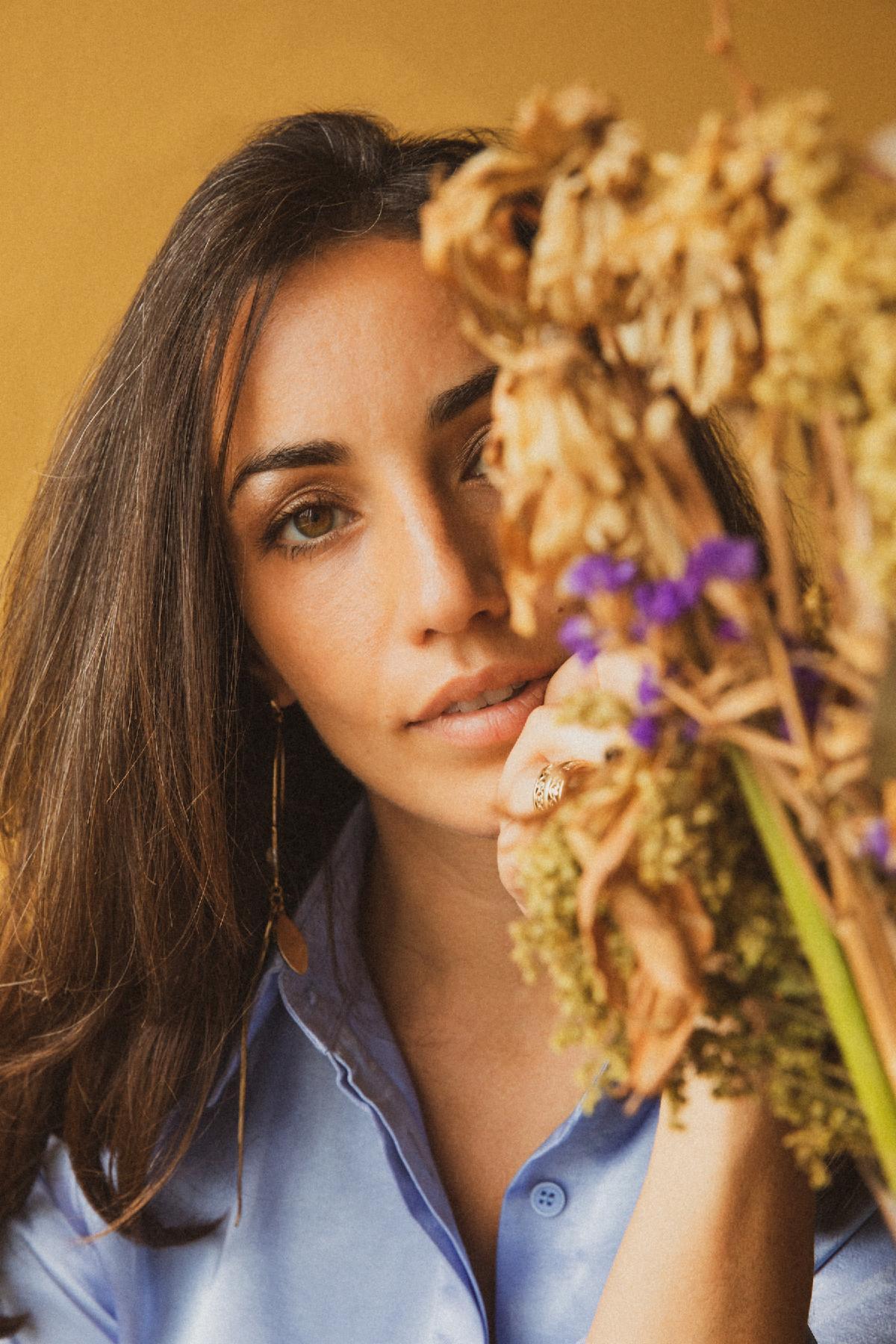 Soulful singer-songwriter Juliana Riccardi recently released her sophomore EP Full Cup.  A project of reflection, the 7-track EP details a variety of moments from self-destruction to self-acceptance, hindrance to inspiration, and the importance of a strong foundation in the relationships we have not only with others, but also with ourselves.  The personal record features previously released singles “Hold For Your Woman” and title track “Full Cup” which received support from CMT.com, Americana Highways, Holler., and has been featured in Spotify’s Healin’ Blues and DittyTV’s Ditty Dozen playlists.

“This record is a culmination and celebration of my personal and artistic journey. Each song reveals another part of myself and underlines a pivotal moment in time that changed and challenged my character, my perspective and my power,” shares Juliana. “These songs were written after leaving a long relationship and my whole known life behind in New York. I found space, silence and a lot of clarity during that time, alone and starting anew. It’s been a magical experience developing this new music and allowing my stories to resonate with those who listen. It’s been a fun, wild ride and my cup is full.”
In search of truth in her expression, the Los Angeles based artist and burgeoning producer unveils a new dimension of her dynamic sound on Full Cup. Bonding analog and digital effects to create a textural firestorm, Juliana recorded the EP live at the historic Dreamland Recording Studio just outside of Woodstock, NY. The record was mixed by nine-time GRAMMY Award-Winner Darrell Thorp (Beck, Radiohead, Switchfoot, Jenny Lewis, Metric) and Will Hensley and was mastered by Jim Wilson. Accompanying Juliana on the EP is a critically acclaimed ensemble of longtime creative associates and dear friends including Will Hensley [guitar, pedal steel], Jeremy McDonald [bass], Nick D’Agostino [drums], Todd Caldwell [keys], Wayne Tucker [trumpet] and Runson Willis [harmonica].  Full Cup opens with the introspective title track and lead single which finds Juliana answering the age-old question ‘do you view life as a glass full or empty?’ as she reminisces on moments in her life that celebrate the different facets of who she is: grounded, honest, and confident. Throughout the EP, Juliana also speaks to the importance of starting anew with tender ballad “In My Soul,” acknowledging the importance of stability in order to grow on “Beam by Beam,” and the fun, gritty “Bartender” which provides snapshots of different patrons speaking to the bartender in each verse. Tapping into an edgier and raw side of her artistry, the rock-tinged “Wire” speaks to cutting the cord on a toxic relationship while call-to-action “Hold For Your Woman” demands that women be accepted for their strength, wisdom, and confidence.

With the release of Full Cup, Juliana presents an intimate portrait of her most vibrant self, creating a serene and reflective soundscape indicative of her foundational East Coast expression and newfound West Coast clarity. The EP combines aspects of her native New Yorker grit with a number of styles that have impacted her authentic energy — including her background in Jazz Performance, connection to blues and roots, and influences of the 60s and 70s (Stevie Nicks, Creedence Clearwater Revival, and Bonnie Raitt).  In some measure, each song on Full Cup expresses a shift Juliana felt in her personal life as well as her artistry. “I’m at an age when I don’t care that my musical gesture comes out as more than any one style. It’s my style. And I’m proud of that. I’m proud of this record being a heightened version of myself.”  You can connect with Juliana Riccardi via the following links.  Photo credit: Maiwenn Raoult.
Website | Facebook | Instagram | Spotify | iTunes/Apple Music | Amazon Music | YouTube