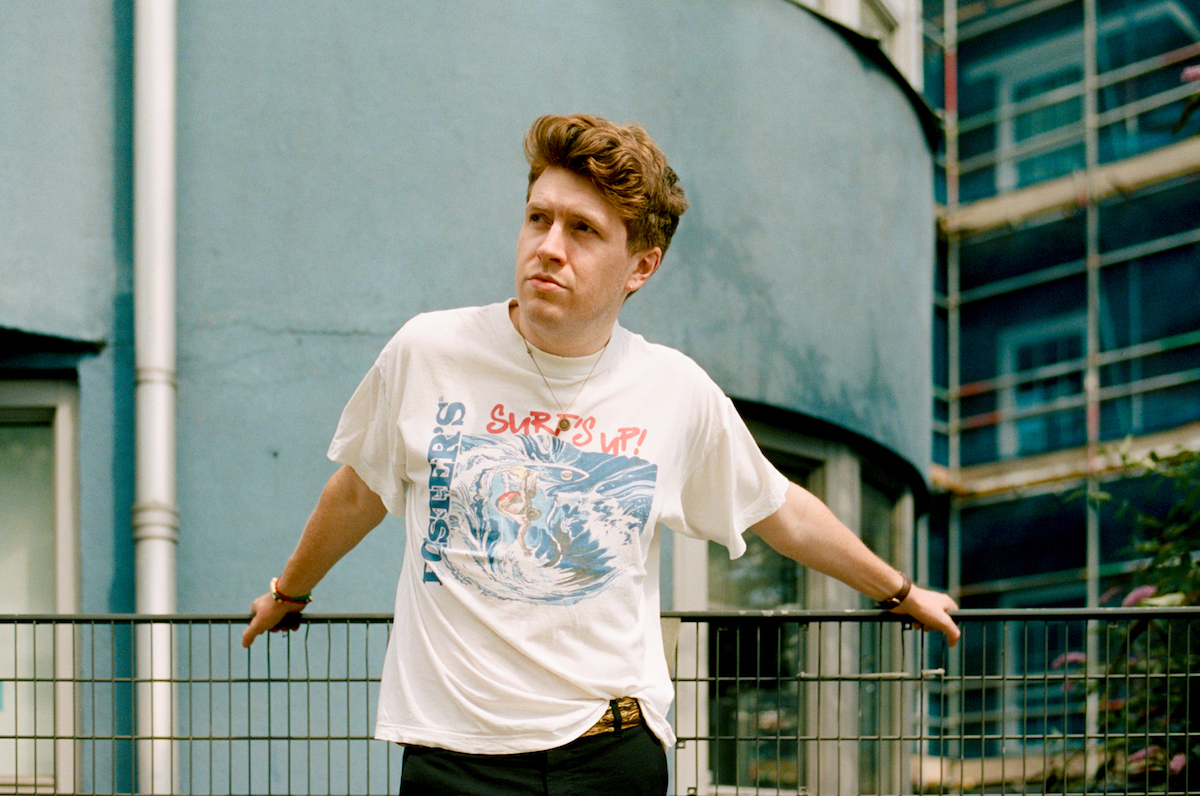 Atlantic recording artist Plested has officially unveiled his newest single entitled “The Least That I Could Do”.  The single, which was co-written by Plested, Joe Garrett (ZAYN, Jamie Cullum) and DJ Frank E (Charlie Puth), who also produced, is accompanied by a visualizer that you can view below. “This is easily my favourite song I’ve ever written,” says Plested.  “I was thinking about my Mum and how much we all sacrifice for the people that we love.  I’d written down the phrase ‘the least that I could do is die for you’ in my book, so I locked myself away in the studio with a friend and we wrote it all in one day!  I love that I can sing my absolute heart out in the chorus, yet still be so honest and personal in the verses.”  “The Least That I Could Do” follows the singer-songwriter’s release of “Either You Love Me Or You Don’t” which arrived this past spring alongside a live-action lyric video, highlighted by exclusive tour footage.  Upon release, Alternative Press featured the song as one of their “10 New Songs You Need To Hear This Week” noting, “The singer serenades through a tale of love that never was with an inflection that would make John Mayer proud.” Plested also unveiled a beautifully stripped performance visual for the song which can be viewed HERE.

Hailed as a warm and charismatic live performer, Plested will soon head out on a series of European headline dates with eagerly awaited stops slated in Ireland, the United Kingdom, Germany and the Netherlands.  This past year, Plested took his incredibly captivating live performances on the road opening for Alec Benjamin, Calum Scott, Emile Sandé and Maisie Peters in Europe and Nina Nesbitt across North America.  Last year, Plested unveiled his acclaimed debut artist project, FIRST & FOREMOST, which proved he has his own compelling story to tell.  The eight-track project – which includes the powerful hits, “Your Name,” “Ribcage,” and “Easier Said Than Done,” was hailed by an array of media outlets, including Alternative Press, Hollywire, BlackBook, Substream, Atwood Magazine and Ones To Watch.  Before he arrived with FIRST & FOREMOST, Plested made a name for himself by penning songs for some of pop music’s biggest names.  Past credits include songs for Lewis Capaldi, ZAYN, The Vamps, Kygo Feat. Miguel, Emeli Sandé, Naughty Boy, Calum Scott and Little Mix, for whom he co-wrote the UK Top 5, 2x platinum single, “Touch.”  Both his solo output and hit collaborations reveal a gifted tunesmith with a distinctive pop approach all his own, combining top tier song craft with an irrepressible knack for melody and highly personal insight.  You can follow Plested and stay up-to-date on all artist, music and tour news, as well as stream and purchase his music, via the following links.  Photo credit: Daniel Alexander.