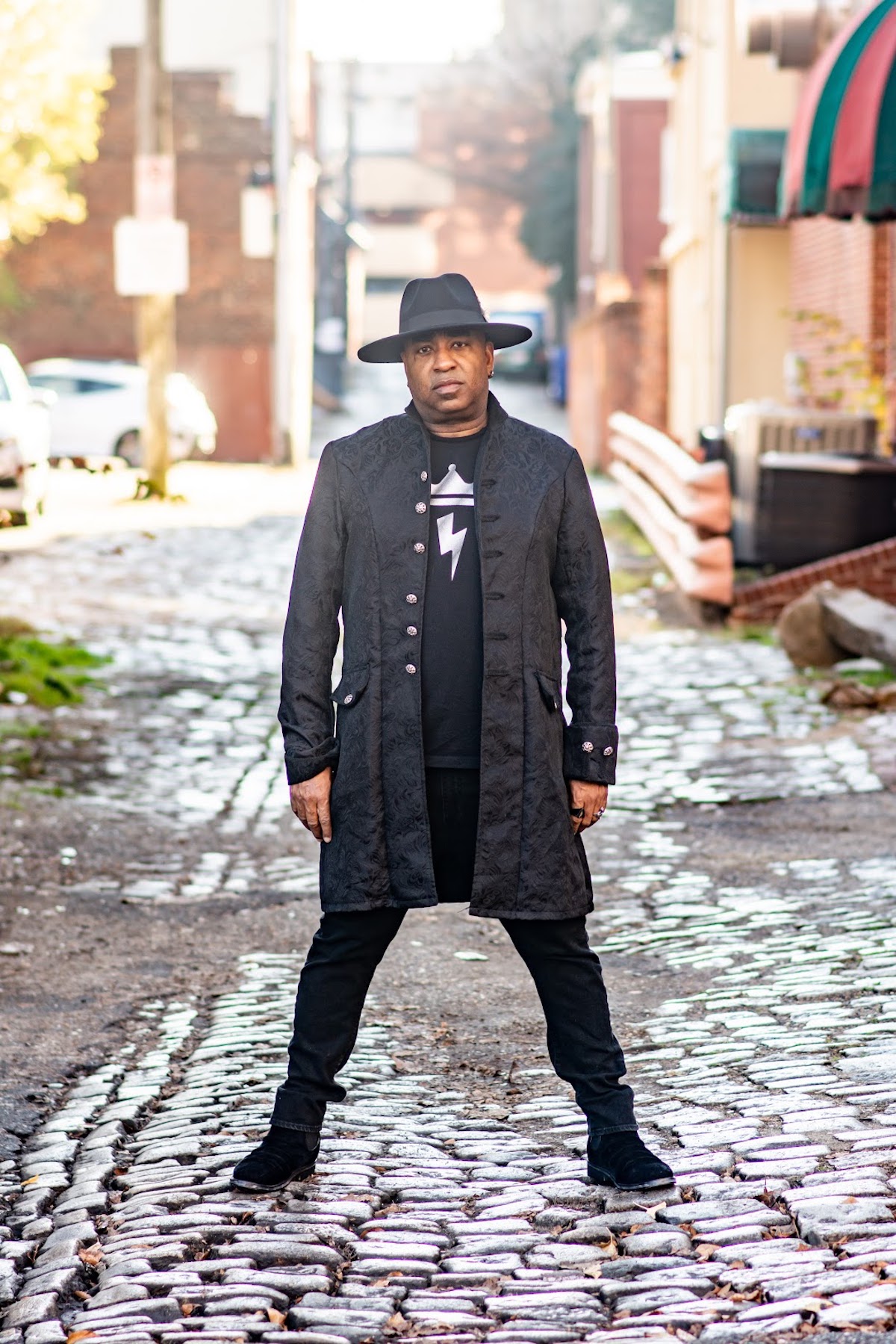 “This is a song about amazing love making, a.k.a. ‘stardusting’ and how sometimes the loving is so good that it doesn’t matter where the actual relationship goes as long as the loving continues,” explains Christopher Harold Wells, of Nashville-based psychedelic alternative rock band The Neverlutionaries, about the amorous story behind their single “Stardusted.” The song is from their debut self-titled album which was released this year via Polychromatic Records.  “Stardusted,” which is drenched in reverb and punctuated by a dynamic bass line, was written to talk about being able to have relationships with no strings attached, as well as ones with deep-seated meanings. “One could say the song is a social commentary on modern love compared to the idea of love and relationships that our parents etc. grew up on…I find that in modern times, convenient sexual situations exist more than the old school idea of true love,” Christopher adds.  On the heels of the release of their self-debut album The Neverlutionaries, which debuted at #24 and spent four weeks in the Top 100 on the FMQB SubModern Album Chart, “Stardusted” has now gained airtime on both college and independent commercial radio.

Behind the recording process of “Stardusted,” Christopher played a Spector bass that had a punchy tone to help it stand out in the mix, as well as a Gretsch Electromatic through a Blackstar amp and a Fender Twin Reverb to gain different trippy layered sounds. Christopher’s idea was to approach the guitar riffs to a sonic puzzle with the parts separately sounding warped but altogether it fits like a glove.  Session drummer Nick Baglio took “Stardusted” to a subtly funky and unique rhythmic place helping the whole song gel together.  “Working on The Neverlutionaries record was nothing short of incredible. As a drummer, this music is all the things we love; pocket, energy, and grease. Christopher Wells is a killer musician and songwriter, and I’m honored to have been a part of such a breakout record,” Nick explains.  In addition to his work with The Neverlutionaries, Nick Baglio runs Raleigh-based studio The Fill Station, playing in various projects as a freelance drummer and recently sat in with the 8G Band on Late Night with Seth Meyers on NBC.

This trippy psychedelic track joins previous singles from their self-titled debut, including the hazy “Ariana” “Stumble,” as well as the industrial rock track “Save Yourself.” Christopher worked alongside #1 Billboard-debuting producer Jaimeson Durr (Sammy Hagar, Train, Wyclef) at San Francisco’s legendary Hyde Street Studios. He was forced to halt recording due to the pandemic, so he set up at home while quarantining in North Carolina to resume work on the LP. Pulling together a veritable who’s who in session musicians, Wells coordinated efforts with friends and collaborators including legendary guitarist Kenny Olson (Bootsy Collins, Sheryl Crow), session/studio drummer Nick Baglio (Gucci Mane, Nile Rodgers and The Foreign Exchange) and guitarist Jonnie Axtell (Psychefunkapus).   Christopher Harold Wells was born in Philadelphia (the son of former Philadelphia Eagles linebacker Harold Wells) as well as lived in North Carolina, Wells now splits his time between Nashville and San Francisco. While still a teenager, Wells formed industrial rock band Peasants of the Apocalypse, who went on to open for Metallica, Everclear and Def Leppard during their 7-year history. Wells then created The Neverlutionaries with the intention of making multi-faceted rock:  melding his rock and roll roots with his love of jazz, alternative and shoegaze.  You can connect with The Neverlutionaries via the following links.  Photo credit: Michael Phillips.