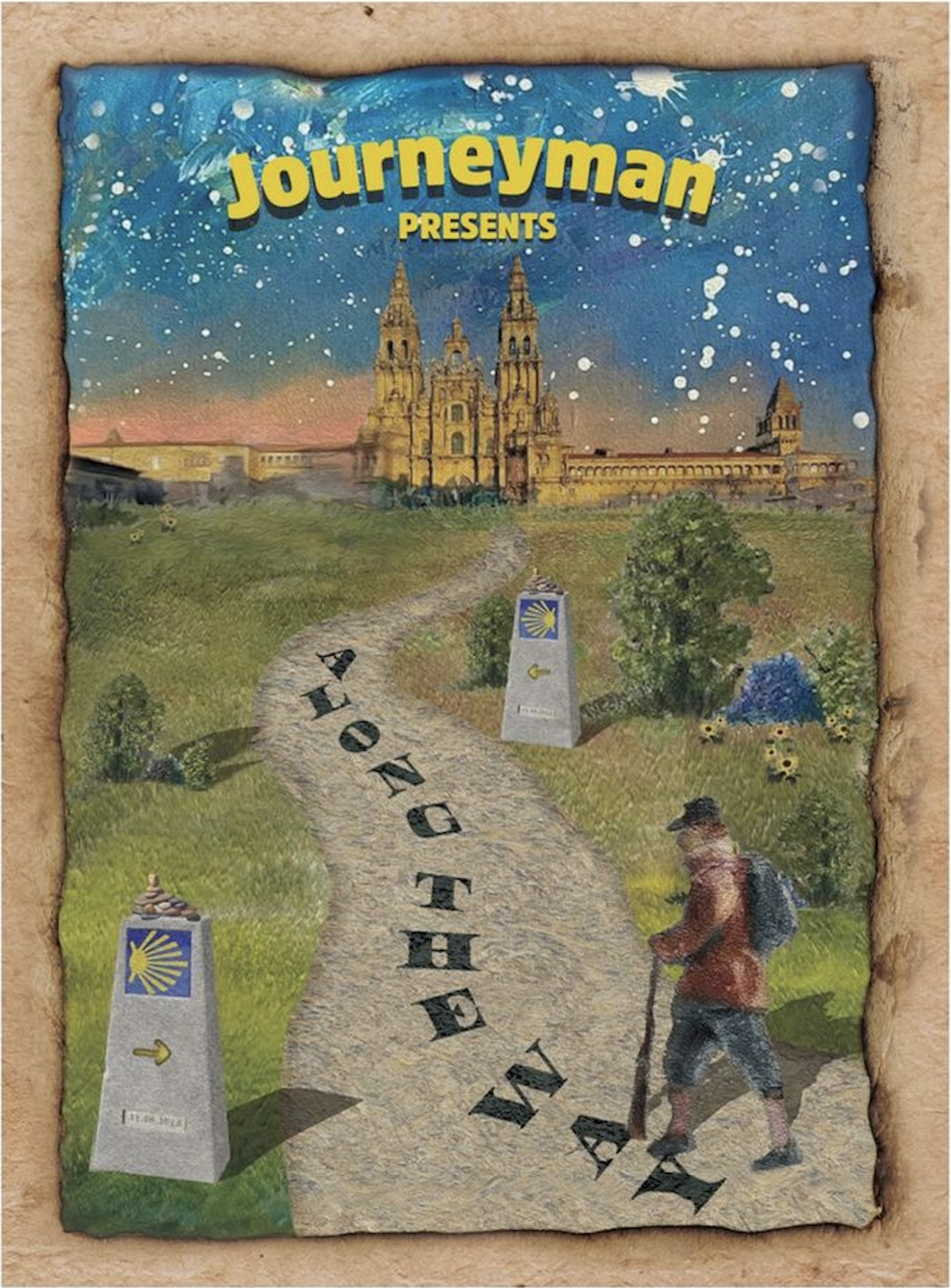 Following a successful career in business and athletics (World Champion Masters Track & Field high jumper), JOURNEYMAN’s life was a personal mess, including broken relationships and loss of job.  The most imperfect perfect storm!  One night while reading a book in bed, “The Alchemist” by Paulo Coelho, JOURNEYMAN received a calling, a message from above, to go on a journey.  Exactly what this journey would entail, he was unsure.  All JOURNEYMAN knew is that he received a calling, and he must go.  Following a series of unbelievable coincidences (realizing that there are no coincidences in life), the destination for his journey was revealed to him – The Camino de Santiago, Spain.  Most unexpectedly, the Camino inspired JOURNEYMAN to discovery his passion and talent for songwriting and production.  Following his Camino, an unprecedented torrent of emotions and creativity overwhelmed, in the most positive way possible.  There  was no other choice than to heed this calling, too.  Previously, JOURNEYMAN had written and produced only one song.  He now felt simply that he had to share his journey experiences and those of others in song.  Committed to his vision, doors to talented artists, singer/co-songwriter, musicians, producer suddenly appeared and opened.  The “Camino Project” was born.

“Along the Way: The Journey Begins” is Peter Hlavin’s debut release which hit streaming platforms on February 1, 2020!  Known to his fans as Journeyman, a journey is exactly what Hlavin takes his listeners on when they listen to the full album.  This collaborative work is completely genre-bending.  The opening track “Walking With Angels” is primarily Christian with a touch of Latin flare in the percussion while “Go Blank” throws listeners into a head-banging rock track and “Hey Hey” is reminiscent of early Mumford & Sons!  The album was inspired by a 500 mile adventure Hlavin took at a particularly low-point in his life.  He felt a calling to The Camino de Santiago in Spain and he followed it without hesitation and we are so glad he did!  Strap on your hiking boots and get ready for the adventure of a lifetime with Journeyman.  You can follow Hlavin (JOURNEYMAN) and stay up-to-date on all upcoming music, artist and tour news via the following links: