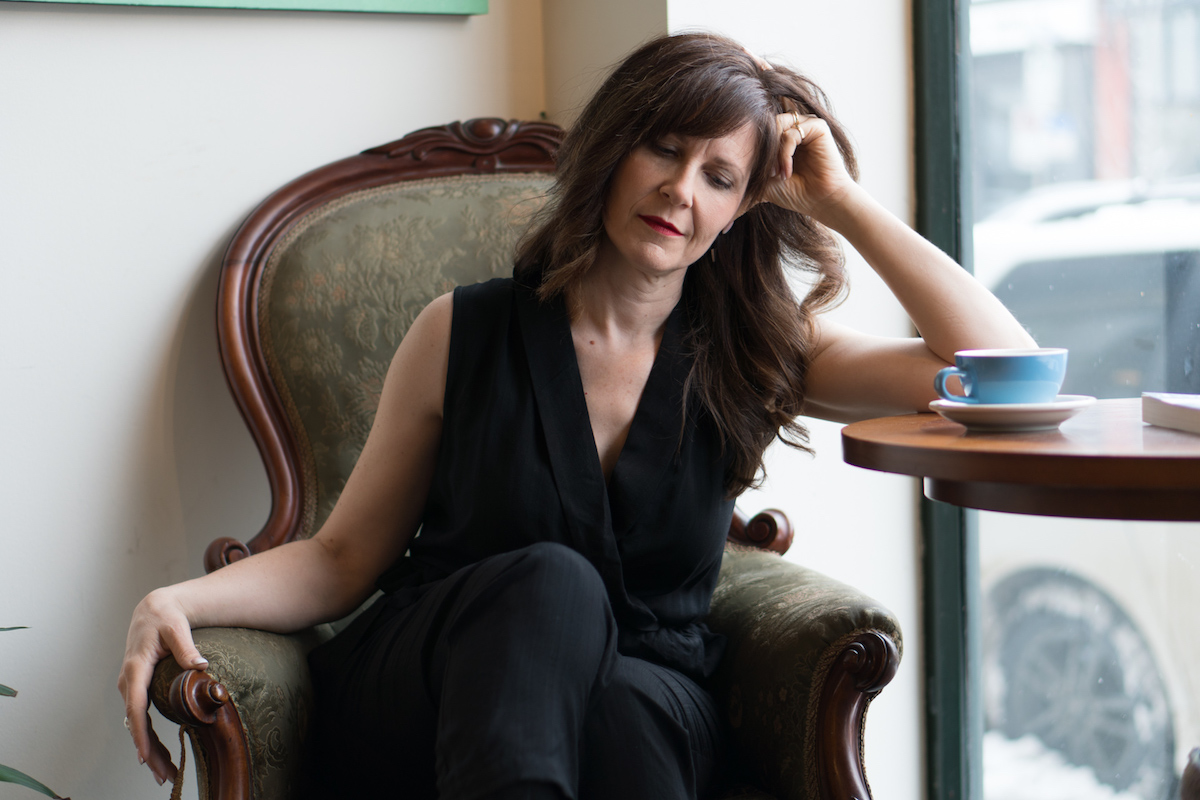 Canadian singer-songwriter, Jacquie Drew has released a brand new and incredibly heart wrenching track, “Affliction.”  The song is about the struggle many people go through to finally commit to a relationship and the pain that come along with that.  The track starts out slowly with dreamy soundscapes that are soon met with a beautiful acoustic guitar and Jacquie’s enchanting vocals.  Her storyteller voice draws the listener in immediately.  “Do I ask too much, or not enough?” is a lyric that really hits home for anyone who has been scared to be vulnerable.  It’s a very relatable track that is sure to hit listeners right in the heart.  This is the first single from Jacquie’s album which will be dropping later this year.

Born in Saint John, NB, Jacquie Drew began her musical training at age 4, and was taught to play chords on piano by her singing and songwriting mother. The middle of three musical daughters, Jacquie and her family moved to Alberta during the oil boom years, settling in Calgary, where she took piano lessons and played in school bands. In 2008, Jacquie’s performing skills and original music repertoire had reached a level where she was confident that she could front her own act, and she put her marketing and business skills into action.She has released three albums, her 2008 debut album Rolling Wind, 2010’s Red Hot Candy Heart and2015’s The Boss Is A Woman.  In 2017, she decided to disband her band and focus on original music.  After several trips to Nashville, she started recording a solo album in in Nashville in 2019.  The album, Lifelong Truth, will be released this year. 2020 will be a very active year for Jacquie!  She is launching a new Nashville-style jam concept and touring it around Alberta.  Her goal?  To spread her music of course, but also to inspire other musical people in communities everywhere to get out of their living rooms and share their gifts.  She continues to unlock both the musical and marketing secrets of the entertainment business, and share these with everyone she can along the way.  You can follow Jacquie Drew and stay up-to-date on all upcoming artist, music and tour news, as well as stream and purchase her music, via the following links: