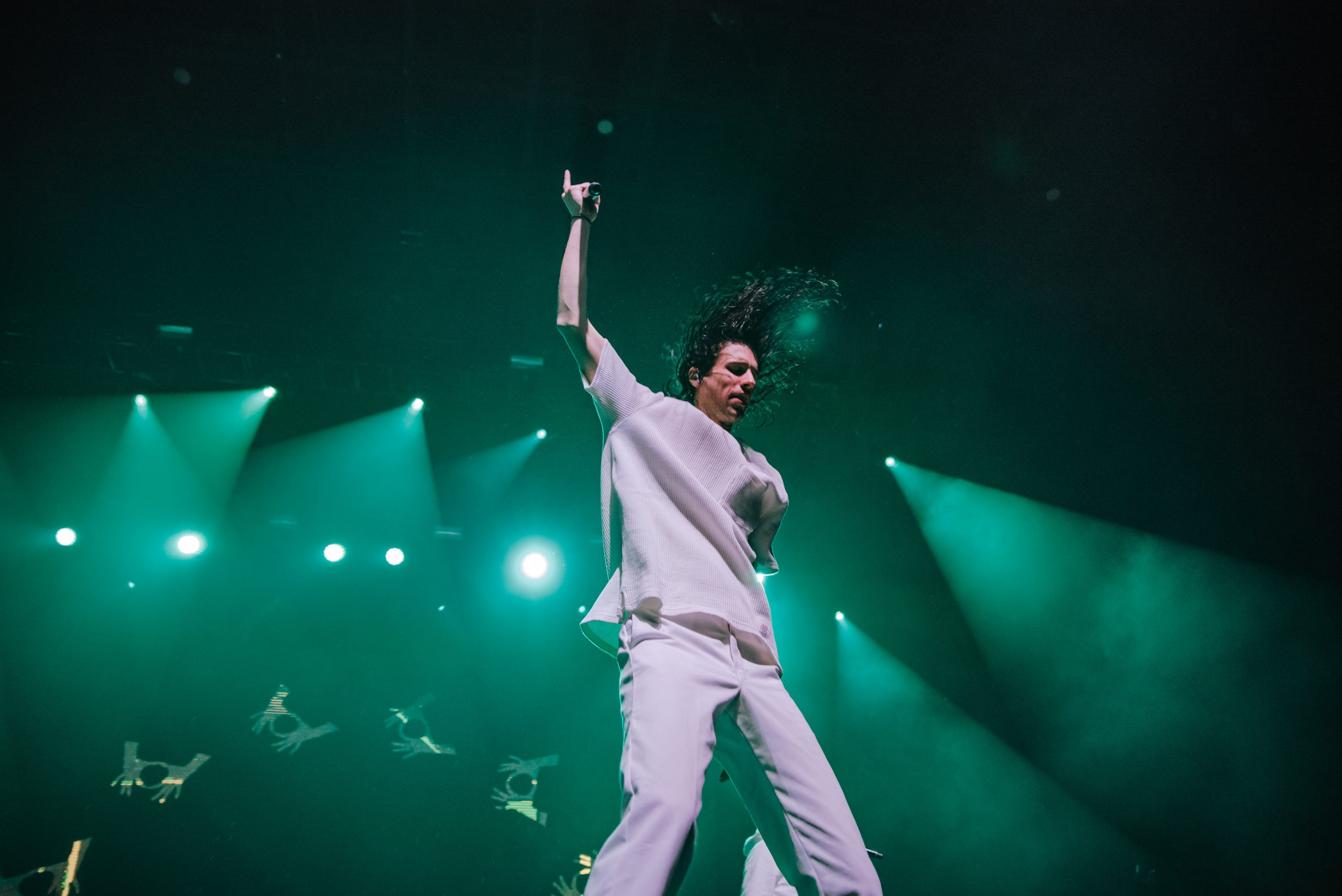 To most of America March 3rd is just another day, but to Colorado it’s a celebration of all the things the beautiful state has to offer. 303 Day, the name derived from the state’s Capitol city’s area code, is a fun day full of discount, celebration and fun. This year the 303 Day concert was held at The Mission Ballroom in Denver, CO and featured performers who hail from Colorado itself.

The night at The Mission started out great. The venue itself is an impressive one. Nothing is closed off, when you walk in your greeted with a spacious floor plan for merch tables and a bar for people to mingle or take a step away from the actual show floor. You follow a corner and are transported into a huge ballroom, complete with bars on either side and a massive stage in the front. A giant disco ball hangs over the crowd for a fun light show. Walking in it took my breathe away, looking up to the balcony and the expansiveness of the venue was amazing. This show was general admission but you could splurge for a VIP GA ticket which got you balcony access with padded seats or the option to stand. The floor was standing room only.

The entire venue was jittering with excitement. The first band, Vynyl, formed in Denver, CO though, their band members hail from all over the world. As the lights dimmed and they entered the stage the crowd went wild. Their vibrant music captivated the crowd and for an opener, they had fans singing along with every single word of their music. The band released their first EP last fall-Pink- and has since been creeping higher and higher with thousands of streams and has started a small tour.

Up next was Denver’s own Breathe Carolina. The band used to be composed of several members and followed a more electronic rock sound, is now a duo of lead singer David Schmitt and Tommy Cooperman. The two now focus on EDM while David still sings some of the classic songs that brought them to fame. David came out sporting a Colorado flag that he draped across his body during the entire hour long performance. Everyone was dancing as the two submerged the ballroom into an electronic dance party with booming bass and colorful lights. David danced the entire time, only taking a few moments to sit during one of the performances. Along with singing some of the groups classics, they also covered some modern day songs and gave them their own spin. At the end of the set Schmitt even gave one of the girls in the front row his now sweaty flag as a souvenir.

Lil’ John took the stage next, following a similar style performance to Breathe Carolina. John spent the most of his time behind the DJ booth, cranking out some insane EDM remixes of various songs. He came out from behind the booth shortly to douse the crowd in a very expensive looking bottle of champagne and to perform some of his hit singles such as “Get Low”, which the crowd sand along and screamed every word. John was the only artist of the night that was not a Colorado native, but Colorado welcomed him! He put on an incredible show and sparked every 20-30 something year old’s nostalgia of high school dances.

Finally it was time for the band of the hour. As the theater grew darker and the music began to play the crowd threw their hands up in the iconic 303 symbol and started to chant the bands name. Sean and Nathaniel, the sole singers of the band, came onto the stage with an energy that matched the crowd. The crowd screamed every word of their songs as the evening went on. At one point the band even brought the Denver City Choir onto the stage to perform one of their more “fun” songs “My Dick”. The choir started the song off by singing the chorus over and over while pictures of genitals flashed on the screen behind them. As the duo came back onto the stage, stage hand threw inflatable penis’s into the crowd which was greeted by loud cheering and people fighting over the balloons. The two made sure the incorporate their drummer and guitarist into the set by bowing and kissing the feet of their guitarist and bowing down during a drum solo. The duo played a wide array of music from their classics such as “I’m not your boyfriend baby” and “My first Kiss” feat. Ke$ha and ended the show with their all time hit “Don’t Trust Me”.

The night was full of energy, excitement and after the show I don’t think anyone had a voice left. The Mission Ballroom was the perfect venue for this show and accommodated the guests extremely well. What a Tuesday night in Colorado!