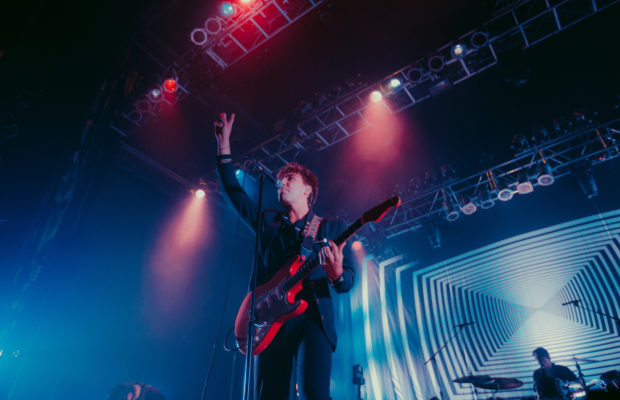 On April 6, Bad Suns played their biggest show ever – a sold out show at House of Blues in Dallas, TX. The band is on tour promoting their third album, Mystic Truth.

The show opened with Carlie Hanson, 18 year old alt rock/pop artist. Carlie is a firecracker on stage, getting the crowd pumped with relatable anthems that they can sing out with her, even if this was their first time hearing her music. She captured the hearts of many people in that crowd, making many new fans that night.

Bad Suns took the stage and opened with their leading single from Mystic Truth, “Away We Go.” Bad Suns continued to play a good selection of songs from all three albums, including hits like “Cardiac Arrest” and “Daft Pretty Boys.” Hearing the songs from Mystic Truth live gave them a new layer of emotion that you can’t exactly draw from the album itself. One song that stood out to me in particular was the album closer, “Starjumper.” In the past, Christo Bowman, lead singer of Bad Suns, would always crowdsurf during the song “Sleep Paralysis” from their debut album, Language and Perspective. This tour, during “Starjumper,” Christo instead came into the crowd, standing straight up on top of the hands of fans holding him up. It was a very emotional point in the set and it was very metaphorical that all of his fans were holding him up so he could deliver this emotional song.

The band played a three song encore before they left the stage, and I left the show being reminded that Bad Suns will forever be one of my favorite bands, no matter how long I go between shows. Their live performance has improved so much over the years and the Mystic Truth tour displays their talent in one of the purest ways I’ve seen.