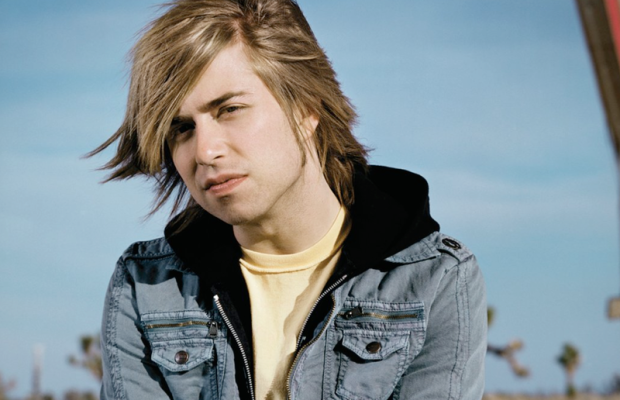 As a teenager, how big of a part did music have on your life?
It was pretty big for me, I love music and bands like Weezer and Smashing Pumpkins really got me into rock and roll.

The Rocket Summer is heading to Europe soon. What’s the difference between the crowds and venues there?
We’ve been in the UK, never been to Europe so that will be interesting. I don’t know what Europe is like but UK’s pretty awesome. It seems like they’re excited to be there, cause you know it’s not every day that we’re there. So there’s some excitement there, maybe more so than America sometimes, in America we come through like three or four times a year where there we come through once every two years. Maybe.

Have you ever participated in tour pranks? What’s the craziest one that you’ve pulled?
There was a saran wrapping of an RV once.

Where and when was the favourite show you’ve played?
We played at Summer Sonic in Japan. There was a ton of people, and we got to play with Radiohead, plus the people there were just really insane.

What are the ingredients in a The Rocket Summer song?
I think there’s just a lot of emotion, a lot of reality and the lyrics. I just write from my heart. I tend to put piano and throw in a guitar part for every song and try that.

What’s the one essential that you need on tour?
Right now, my toiletry bag because my toiletry bag was completely left in the venue yesterday, so I’m just going everywhere looking for razors and stuff.

What’s your opinion on todays youth on illegally downloading music instead of buying albums?
It definitely hurts record sales but it helps get your name out. I don’t know, I think if you love a record you should support the artist, you know, ‘cause I want to keep making records. You’re helping in a way but you’re also killing it.

How is Of Men And Angels different from Do You Feel and previous albums?
It’s more organic, I wanted an album that had the idea of integrity and a lot of good tunes on it. That and lyrically, even more honest.

Is there a message you’re trying to spread through music?
I guess I’m trying to spread the message of God’s love through it you know, without being like super exclusive. To just being a Christian artist like that but it’s a huge part of my life. If I had to give a one point answer, that would probably have to be it.

What does the future hold for The Rocket Summer?
I have no idea. I mean I know what we’re doing, I know we’re going to the UK and we’re going to warped but after that I don’t know and that’s the prize of doing this, you just roll with it. We shall see…