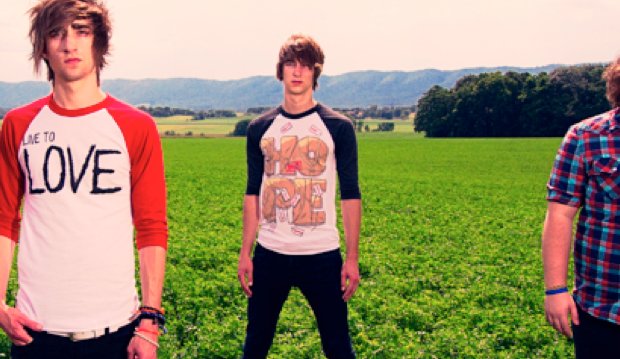 When Skyhawk Drive first started did you expect to accomplish as much as you have?
No not at all haha. We hoped for it but we were just kids playing punk music in a basement.

Is there anything that sets Skyhawk Drive different from other bands and artists out there?
I think with our last EP Center Stage Shout Out there wasnt really anything to drastic that made us different then most bands out there. We were pop punk with a synth player haha. We’re working on a new album though and this new style we’re headed in is going to be different then a large majority of bands I think.

When the band first started did you aim for a specific genre or age group? How about now?
Yes we did. When we started we were all between the ages of 16 and 18 so we naturally just wanted to appeal to out age group. Now we’re all between 18 and 21 and our music is maturing with us. We hope to reach older kids and adults now as well as teens.

How did you feel about “Their Dance, Your Chance” being blown up on the internet? Were you expecting this at all?
Not really haha we definitely hoped that people would like it but that song got more hits then any of our other songs ever I think. It was a pretty awesome surprise to see that happen though!

So what are your thoughts about the internet and the way it can spread the word of music fast?
I am really thankful that we live in an era where it is so easy to get your music out there! Before it was just completely about getting radio air time and putting your money in that and hoping that people would hear your one song. Now bands can connect with their fans online and share music so much faster then before. They have the ability to form a connection between fans now too because of the internet and I think that really helps kids get the music and see the artist for who they are. I used to be against kids downloading our album for free but honestly its like free promotion. If people are getting our music and they like it they are gonna come out to shows when we hit their town. The internet is a really good tool for any band!

What are things that peeve you off in the music industry?
We’ve gotten a taste of the industry side of things and I guess what I dont like most is arrogant business people that just wanna screw bands over. We’ve seen this happen and met people like this but that bothers me when someone from the industry is totally focused on milking a band for money rather then helping them grow and succeed.

So you have played shows with bands like Family Force Five, Thousand Foot Krutch, and more. What was this experience like?
Its always such a great feeling when we get to share the stage with bands who have accomplished what we hope to one day. Its always great to watch their shows and learn from what they do and try and apply it to our band. You can learn a lot by just watching bands and how they interact with the crowd and with each other!

Who are your favourite bands to play a show with? Why is this?
Our friends Yesterday Is Waiting and Langley are some good bands to play with! They are great dudes and really a lot of fun to hang out with at shows!

Is there a message that you’d like to spread through music?
Absolutely! We want people to know that they are special and that their lives do have meaning. There is a God that loves them so much and He just wants to be there for them! There is so much crap that gets into peoples heads these days and so many people are struggling with cutting, drugs, drinking, depression, porn, etc. we just want people to know that no matter what they’ve done or what they are going through there is a loving God that wants to lift them up.

Do you have anything planned for the rest of 2011?
We have a lot planned for 2011! We’re gonna be working with Ben Kasica from Skillet on some songs for our new album! We’ve been writing for the past couple months and this new CD is hopefully going to hit people hard (in a good way haha). We’ve grown out of the pop punk scene and this album is going to be way different and we’re really excited about the new direction its going in!