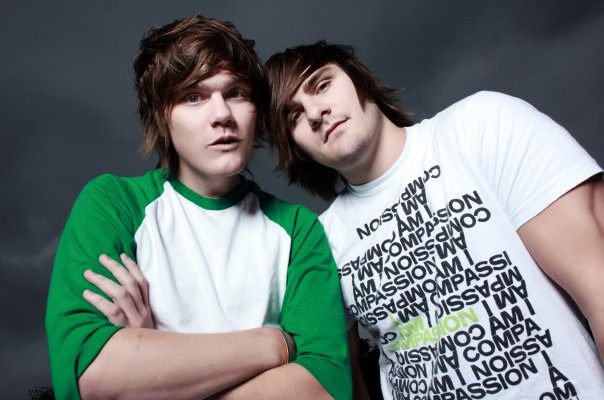 What do you think sets The Icarus Account different from other bands and musicians?
I think the fact that we are twin brothers just give us a cool marketing too. But I [also[ think our vocals, particularly our harmonies and our songwriting are the things that separate us most from other artists out there.

Have you ever felt like the music industry is collapsing? Why?
I don’t really feel like the music industry will ever collapse. Music is such an integral part of people’s lives that I think a demand for music will always exist and thus the industry will always exist. However, I do feel that the industry is drastically changing mostly just due to technology and the fact that making, distributing, and getting ahold of music is so easy now.

What’s your favourite instrument to play? Why?
It’s a tough choice between guitar and piano. Piano is so intimate during a great and intimate songwriting moment that piano is perfect. But I’d probably have to say guitar mostly just because I’m better at guitar than I am at piano so I can do a lot more and have more fun on the piano. (Side note: although banging on a set of drums nice and loud is super fun! Just not for anyone listening to me =)

What was the first CD you ever bought?
Oh man. While I’m sure I bought other CD’s before this, the first ones that I can remember buying with my own money were “No Name Face” by Lifehouse and Seven Day Jesus’ self-titled album.

Are there any shows coming up that you’re excited for?
April 10th we are playing at Rocketown in Nashville. I’ve always wanted to play at that venue! April 25th is our last show of this tour in Tamps and I’ll be excited to be home.

What are your thoughts about auto tune?
I think that it’s annoying. At first it was a cool effect (when used sparingly) and then it got annoying. It is still a good tool though when mixing an album to make it sound really really refined. If you have a good singer, a good mixing engineer can use the slightest amount of auto tune to polish the vocals. This sounds really good on albums that are fairly processed with perfectly edited and sampled drums. Not as natural, but very clean and polished which is sometimes nice. I see it like a spell checker on a computer. It’s not going to make a bad piece of writing good, but it can fix tiny mistakes so that a great piece of writing truly is a great piece.

What was the writing and recording process for ‘Love Is The Answer’ like?
Writing is always fun because it’s the culmination of everything that we’re going for. For this album it was interesting because we were in school during most of the process so there wasn’t a specific writing process, but it was done gradually from the end of recording mayday all the way up until we started recording “Love Is The Answer” (our song “Stay” was actually written during the recording process). Recording was stressful as always haha. But it was a great chance to let our creative juices flow. And it was really tons of fun, especially recording the full band tracks because we got to work with our friends and fellow musicians Andrew Brooks and Steven Loki Howell. They really helped us bring those tracks to life!