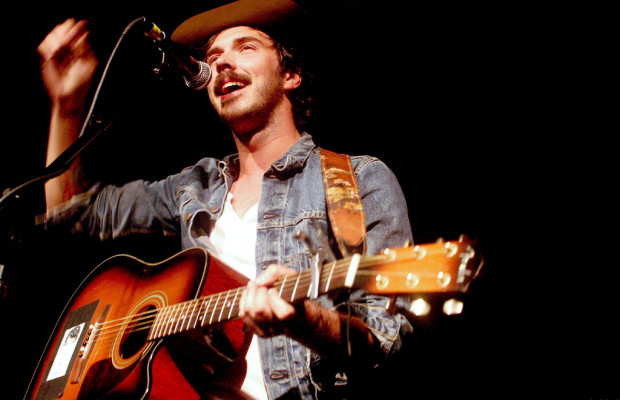 Austin Gibbs is a singer/songwriter from Tempe, AZ. Our interviewer Robbs Quezada caught up with him in Toronto, ON.

Is there a song that you wish you had written?
I’m gonna say no because if I’d written a song that I like right now, like something originally by Bruce Springsteen, I wouldn’t like it anymore because I wrote it. I can’t say hey guys listen to this song I wrote!

When on Tour, what is something from home that you miss the most?
Gosh, I miss the comfort of home. I haven’t toured enough to really miss stuff but I really miss my mom.

If you could go back in time, what band or artist would you go watch?
Johnny Cash and Elvis Presley for sure.

What are some of your influences musically and lyrically?
Bread, Wilco, Daniel Johnstone, and Johnny Cash are some of my biggest influences.

What is your opinion about young people illegally downloading music nowadays in contrast of purchasing it?
[Pauses] Hmm…to me it’s a good and bad thing. It’s good because people hear your music but it’s bad for the lack of funds for bands. If money wasn’t a factor I would have no problem just giving my music out.

Have you ever experienced any serious illnesses or injuries on tour? Not really. I usually get a cold. I actually feel something in my throat right now! I once got really sick on tour in 2008 but that’s about it.

For you personally, when do fans cross the line of difference between being dedicated and being extremely creepy?
[Laughs] I haven’t gone to that level of creepy yet! I don’t know, if someone got my number and called me I would talk to them. I search up girls I like! I’m creepy, we are all creepy. [Laughs]

Do you ever Google yourself?
Of course I Google myself! And honestly, I haven’t found anything negative. All I ever find is a website with my songs and a picture of me that I took. [Laughs]

What does singing mean to you?
Singing to me is like storytelling. You get to tell people more about yourself.

How long have you had your moustache for?
[Laughs] I’ve always had facial hair, I don’t really shave a lot but I’ve been fully growing this moustache for about four months.

In that case, who’s your favourite rapper?
[Laughs] I’m really into Kid Cudi. He’s a genius! Also Project Path. You should Google them! [Laughs]

What was the first album you ever bought?
First record I bought was Weezer’s Blue Album. Right after, about a week later I got the Get Up Kids Four Minute Mile. That’s about all I listened to back then!

While on tour, have you ever had any brushes with the law?
[Laughs] I haven’t gotten in trouble yet. The only “real” trouble I’ve gotten in was when I got escorted out of Six Flags once for talking to fans after the show. If I ever get in trouble though, I would probably get away with it!