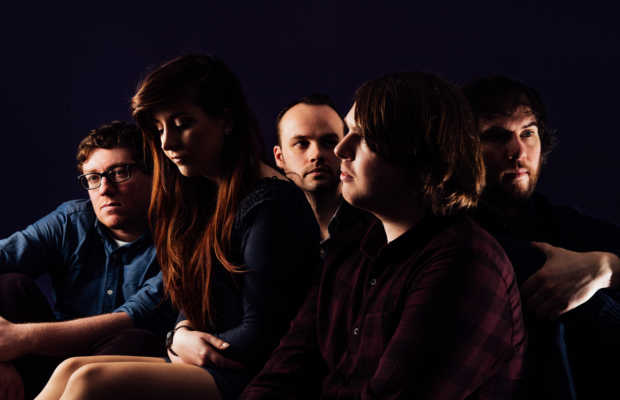 Hailing from Dublin, Irish-pop band Land Lovers just released their new album, The Rooks Have Returned, this past May and we caught up with lead vocalist Pádraig Cooney where he opened up about the brand new album, the recording process behind it and what the summer has in store for them.

For those that may not know, how did Land Lovers come together and form?

It started as a name for music I was recording alone at home, and then I went out to put a band together once I’d finished the first album, Romance Romance. The first iteration came together quite quickly, but there have been some comings and goings over the last few years. Ciaran Canavan is the one ever-present since we started playing live.

Your new album was released earlier this month! What was the recording process like and what do you want listeners to take away from it?

Our last full-length album, Confidants, was a fairly plush affair that we spent a long time recording. Take after take after take: it was an attempt at real, shiny perfection in terms of production. This time, and certainly as a reaction to that, we booked ourselves into a studio for a weekend and recorded the guts of the record live. It only took 3 or 4 more days of vocals and overdubs at our practice space to finish it off. We wanted it to sound something like we sound when we rehearse, we didn’t want to overthink things and we wanted to keep it enjoyable and not a chore. The songs are lean, concise things for the most part – we thought the recording process should follow their lead.

For this new release, are there any underlying themes in the content/lyrics and what helped influence the sound and songs that are featured on the album?

There wasn’t any kind of unifying thematic idea as I approached the lyrics, but I find that any time you write within a certain time frame you’ll identify certain preoccupations in retrospect.

In this case there’s a pessimistic view of the idea of newness or change. I was reading Orlando Figes’ Natasha’s Dance (subtitled A Cultural History of Russia) when I was in the midst of writing lyrics and that 19th Century Russian intellectual and emotional conflict with the notion of progress fed in to a lot of the songs. Musically, I just wanted it to be simple and raw and honest.

Being from Dublin, has the local music scene in your hometown influenced Land Lovers in any way? If so, how?

Very much so. The conversations you have with people have to work on the brain in some way. We’ve be quite involved in the music scene in Dublin over the years, and I have consciously taken a lead from some local music at times, in terms of trying to write a particular type of song or whatever. I’m competitive, there’s an element of wanting to match other bands in the quality of your output. This was probably more of a factor a few years ago when Popical Island was at its most exciting stage as a collective, there was definitely an element of one-upmanship going on and a lot of great music came out of it, maybe some of it from us.

Do you have any tour plans for the rest of the year and what can people expect from your live performance?

We’re touring in Ireland at the moment and we hope and plan to get across the water to your good selves over the summer. Hook us up, promoter-reader! You can expect the most beautiful 45 minutes of your week.

You can buy their brand new album, The Rooks Have Returned, here.