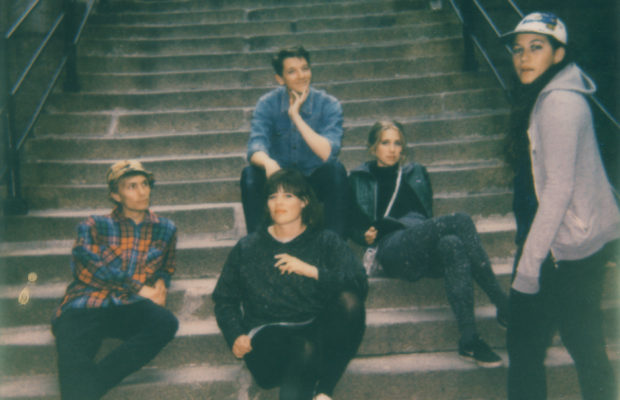 What has the response been like for “Iris” since it was released last year?
Both the song and the video were really well received by people, and it has been fun touring around Norway and experiencing people singing along to it. That’s a first! And two really cool things happened: it got KEXP Track of the Day and a great review by The Guardian’s Paul Lester. Overall: Great.

What was the writing process for this Yoga EP like? What was the most difficult part of making it?
These songs were the first songs we ever wrote. They represent us in the beginning of our process in finding our own voice, and we really love them for that. We write music when we are together, it’s a very democratic process in a way, and we develop the songs through playing them live. So the writing process was great, though we had some issues with the initial producer we were working with, so at some point we realised we had to produce our music ourselves. We went into the studio and re-recorded all the tracks, and mixed them together with our sound-technicians.

How would you describe the EP in five words?
Five words: People can judge for themselves

Who are some artists that you listen to when you need inspiration?
Our music is not directly inspired by artists, but it can be inspired by how groovy something is, or the soundscape of music in general. Kendrick Lamar’s ‘To Pimp A Butterfly’ is super groovy and has this duality and excitement in its soundscape. We’ve listened to Paul Simon’s ‘Graceland’ a lot. The juxtaposition of electronic instruments (synths and drums) with the acoustic ideal and folk-sound of the melodies is really interesting. Last rehearsal we were learning a Norwegian folk-slått (violin piece) that had asymmetrical rhythms. heh. We try to isolate which elements we think are cool in a given soundscape and try to implement that in our own music.

Are you currently touring or have any live shows coming up?
We have spent a lot of time focusing on our new album these past six months, so we haven’t toured much since January. We will start touring again this fall.

What do you hope listeners take away from this EP?
This is just the beginning 🙂

Be sure to check out ‘Yoga’ here!