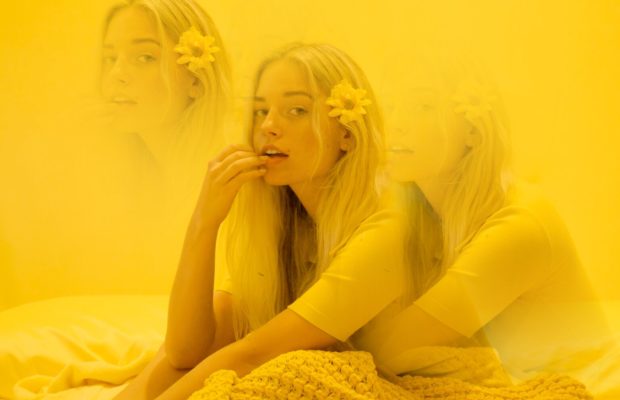 California Native Ashe recently released her debut single, “Used To It”, as well as the video for the song.  At just 24 years age, Ashe has already collaborated with artists such as Big Giganitic, Louis The Child, Whethan, The Chainsmokers and Shaun Frank.  She recently jump started her solo career, with Used To It already making waves on the charts.  She recently took some time to answer some questions, including what it was like to collaborate with such a diverse group of artists, starting her solo career and what she’s most looking forward to on her upcoming tour!  Make sure to catch a show on her upcoming tour with Louis The Child and Whethan!

Congratulations on the success of your recently released debut single Used To It! What is the inspiration behind this song? How does it feel to have it doing so well on the charts in such a small amount of time?

Well, thanks! It, of course feels good! It’s incredible to have my own music out after being on these features. The song came from a past relationship about a boy who fell out of love with me (can you believe it?! haha…). I felt as though I never got “closure” with him and in an odd way, I feel as though now that the song is out, I’ve gotten that closure.

I read that you were adamant about filming the video for Used To It on 16mm film. What was it about using 16mm film that appealed to you? Were there any specific challenges that you faced while filming?

I was… I was because I simply love the aesthetic of old film. I’m a very visual person and control all of my social accounts and artwork and it was really important for me for everything to feel very cohesive. I also loved that I couldn’t see myself the whole day! You don’t have a monitor to look at when you’re shooting on film so it’s all about trust.

You will be heading out on tour later this month, supporting both Whethan and Louis The Child. What are you looking forward to the most while on tour?

I look forward to totally eating it on stage. I know it’s going to be a learning experience, so I’m really excited to just learn and grow! I’m definitely gonna fall on my face a bit and it’s gonna be awesome. What a dream!

What were your musical influences growing up? Did you grow up in a musical household?

My house was NOT musical, ha! Though, my grandfather would sing Dylan and the Stones to me on road trips and I think he was the saving grace to my musical childhood.

You graduated from the Berklee College Of Music in writing and production, gaining recognition as a songwriter and jazz vocalist. Was it always your intention to have a career as a solo musician, rather than collaborating and writing songs with other artists?

Nooooo… no no no… I didn’t know what my dream was! I just wanted to be surrounded by music. I didn’t think I was good enough to be an artist. That took me a long time, even after college and maybe even still. I had a moment backstage at Red Rocks, right before I went to go on and sing with Big Gigantic, where I was like… I don’t even know if I deserve to be here but god am I grateful to be here. People tell me to be confident and “own” my place here but, that’s the honest truth.

After college, you met and collaborated with electronic artists Ben Phipps and Alex Schultz, as well as pop artist Whethan. You have also recently performed with Big Gigantic at Coachella and did a run of tour dates with the Chainsmokers alongside Shaun Frank. What has it been like for you to collaborate with so many diverse artists?

Oh it’s been wonderful. I’ve learned more about myself by working with other artists than I ever have just writing alone. That being said, after all these collaborations, I’m really excited to just sit at the piano by myself and write again.

How does it feel to be debuting music as a solo artist? What have been your greatest challenges and successes in trying to jump start your solo career?

Greatest challenge has probably been my own self-doubt, getting past that shit is hard. But I mean I really work my ass off… I think some people aren’t willing to work as hard as I do, and I want this now more than anything. I want people to love my new music because I believe it is lovable.

You started writing at a young age. What do you love the most about writing? What drew you to writing as a kid? From where do you draw your inspiration when writing?

It’s therapy. Writing addresses experiences, beautiful and ugly in such an honest way. I’m never more myself then when I’m writing. I started writing around 6 probably. I was always trying to get my cousins to start a band with me and perform our own songs at Christmas.

I read that you went to Nicaragua recently for a writing trip? What was that experience like for you? Did you get to explore much of the country?

Beautifuuulll beautiful gorgeous Nicaragua. It was wonderful! I was able to work and hang out with phenomenal people like Carly Rae Jepsen and Foxes. The whole thing was a dream.

Who are you listening to right now? Are there any emerging artists that you think people should be paying attention to?

Listening to a lot of St. Vincent & SZA. And as far as emerging people go, BETSY is truly incredible, her voice is woah.

Oh you know… probably more coffee! haha. I mean tour starts soon, my new single comes out in November, and in the middle of all of it I’ll continue writing. 🙂

Dates with Louis the Child = *