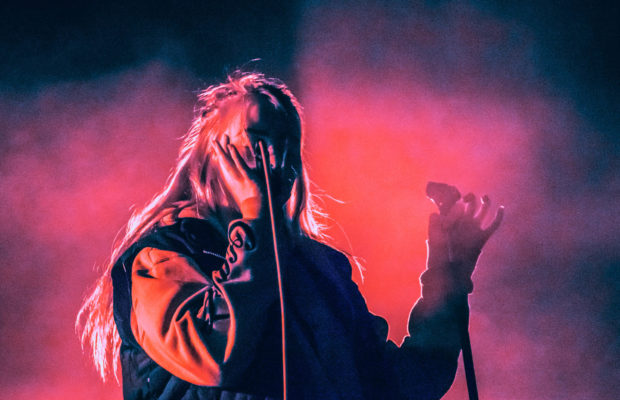 Billie Eilish is only 15 years old, yet she’s on track to take over the world.

The singer-songwriter sold out Schuba’s in Chicago last week, which was the perfect venue for her; the concert hall only fits a couple hundred people, but the Gothic architecture and low stage make it a raw and intimate experience. The crowd was all ages (appropriate for a 15-year old’s show) and immediately had their phones out when Eilish came onstage. I noticed, however, that after a few songs, all phones were put away and everyone was just living in the moment. That’s how a concert should be.

Eilish made her debut at just 13 years old when she recorded the vocals on “Ocean Eyes”, a song that her brother, Finneas,had been playing with his band. The song was uploaded to SoundCloud in 2016 and became a viral hit. Following this success, Eilish released her first EP, Don’t Smile at Me, in August of 2017. Several singles from the EP, including “Bellyache” and “Bored”, have gained critical acclaim, with the latter being featured in the Netflix series 13 Reasons Why. Her sultry voice is reminiscent of Lorde, and her complex lyrics and simple melodies are undeniably catchy.

Despite having lost her voice the night before, Eilish put on an incredible performance that sounded just like her recorded tracks. It was refreshing to see an artist in such a small space who will no doubt explode to stadiums and arenas someday.