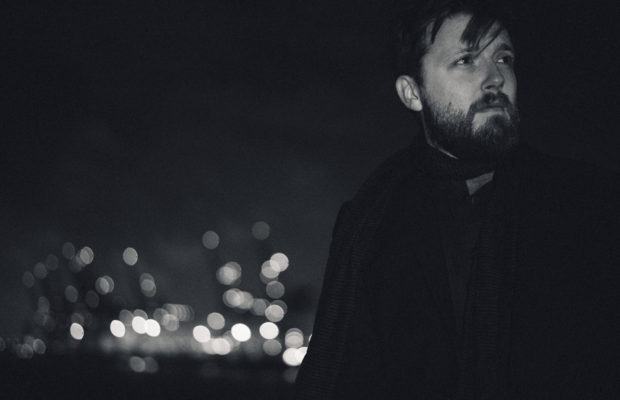 We recently caught up with Andrew Paley (The Static Age) who just released his brand new solo album, Sirens. From the recording process to his touring plans for next year, Paley gave an inside look on how he manages to find a balance between his solo work and the success The Static Age has had over the years.

You just released your new solo album. What was the overall recording process like and how long were you in the studio for?

Well, the recording process for Sirens was pretty spread out — 7 of the songs were culled from a bunch of different recordings that I’d been doing in various apartments, studios, and assorted spaces over a handful of years. The other five were tracked over the past year, in my own studio in Chicago or in a slate-floored sun room in a house in the woods of Vermont. It was a drawn out process by design — I was just writing and recording my ideas whenever inspiration struck, so it’s an album I’ve been piecing together for a while.

Do you approach the writing process differently for your solo material than you do when you are writing for The Static Age?

The biggest difference is that, since I’m writing and recording everything, I can let things evolve as the recording process happens. In band settings, I have to have more of the song worked out ahead of time, so we can collaborate with a common baseline. With solo songs, I get to start with an idea and build it as I go.

Since you are in a full-time band and are also releasing solo music, are you able to maintain a balance between working on the two projects?

Yeah, it’s worked out so far. The Static Age just spent July on tour in Europe and Russia, and we’re going to be doing stuff again next year, too. In the interim, I get to focus on the solo stuff. Plus, they’re so different that it just means I have an additional outlet for ideas. I can get halfway through a song before deciding if it’s something for The Static Age or if it wouldn’t quite fit the band and belongs as a part of this project. I’ve enjoyed the freedom of that.

How did you come up with the album name, Sirens?

It’s a play on the dual meaning of sirens — hinting at both the allure to potential disaster and the aftermath of it. I was trying to find something to sum up a record that’s a series of snapshots across a few years of my life, and that one stuck. I’ve had an interesting few years.

Is there a particular track on the album that stands out as one you are especially proud of. If so, which one and why?

Well, I obviously am attached to all of them in different ways. I can say that I’m excited about the direction of some of the most-recently recorded songs like “Let Me Go”, “Take Cover” and “Come Home”, and they’re setting the tone for how the next record will shape up.

You did a short solo run to promote the album this fall, do you have any plans to do any more solo shows/tours in 2017 or will The Static Age take the front seat for touring next year?

Yeah, there’s quite a bit planned actually. Last week, we announced a run of shows in Japan with Garrett Klahn (of Texas is the Reason) and The Lion and the Wolf that will happen in February, and I’ll also be returning to Europe in the spring — details on that one soon. We’re also talking about a US tour as well as returning to Brazil, which I played for the first time last year. So, there will be lots of solo touring in 2017, in addition to The Static Age’s schedule.

Sirens is out now and available for purchase here.