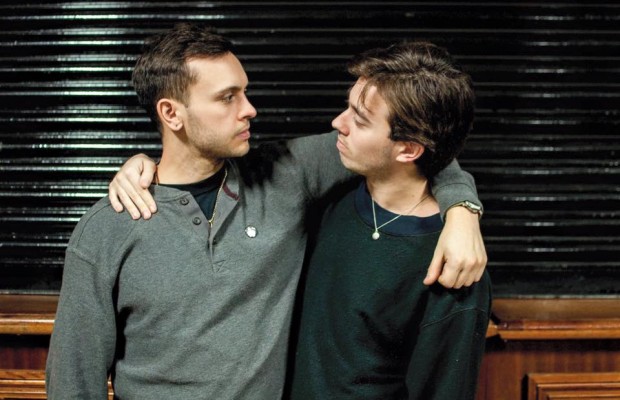 The big topic in music right now is all about streaming. With sites such as Spotify and SoundCloud booming, the debate on whether or not artists are being fairly compensated for their work on these websites has caused a lot of controversy. We sat down with Jake Duhaime and Nick Hamm of Citizen before their sold out show in London to see what their stance on the growing debate is.

Nick Hamm: I think people should listen to us any way they possibly can. If I wouldn’t get in trouble from the label, I would just put a MediaFire link on our Twitter. I mean, I use it [Spotify] so who am I to say that we shouldn’t be on Spotify? We all use it and being in a band our size, I don’t expect to get paid for music. It’s understood that touring is where you’ll make money so I stick to that and don’t really concern myself with the finances behind streaming and music sales.

Jake Duhaime: It’s 2016 and is just how it is. There obviously has been plenty of dialogue on what the industry is going to do and where they are going to go. It’s just the nature of the beast I suppose. Over in America, nobody is getting paid what they are worth so we should be no exception to that rule.

Make sure to check back with Stitched Sound this month for the full interview with Nick and Jake!