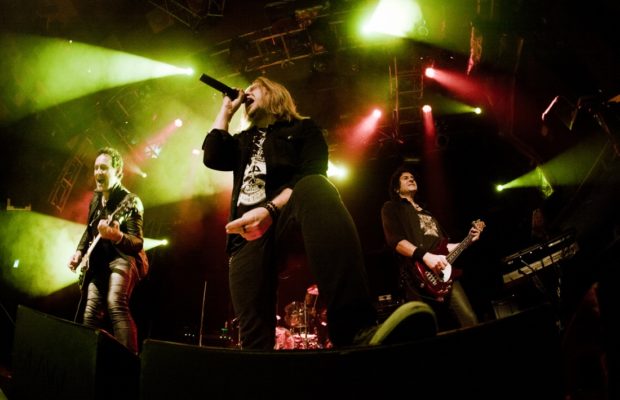 Last Friday I went down to the O2 Academy Islington in London to check out a promising co-headline show by two incredible rock-metal bands: Inglorious and Last in Line.

I first came across Inglorious, an impressive 5-piece band, led by front-man, Nathan James, at the beginning of the year, when they had just launched their self-titled debut album at an intimate London venue. Even then they sounded solid, as if they had been playing for ages, so my expectations for tonight were quite high.

Following their album release in February this year, the band has spent the year touring across the UK and Europe, and tonight it was very clear that the hard work has all paid off. They were spot on; they seemed experienced and it looked like they had collected quite the following, as almost every person in the crowd knew the words to all their songs. Nathan pointed out that the band was used to opening for other headliners and so they were very pleased to play an one-hour set tonight. Being influenced by rock legends such as Deep Purple, Led Zeppelin, Whitesnake and Aerosmith, Inglorious delivered a fantastic show that would not have shamed any of them.

The night took a surprising turn when front-man Andrew invited Jimmy Bain’s daughter to join the band on stage. Known for being the original bassist on Dio’s line-up and then forming Last In Line alongside Campbell and Appice, Jimmy Bain sadly passed away in January shortly before their debut album was released. After exchanging hugs with the band members and making our eyes water, Samantha Bain got off the stage and Andrew dedicated the next song to her late father.

Last In Line was fascinating to watch. The energy these guys brought to the stage was phenomenal, Andrew’s vocal abilities (as well as Inglorious’ Nathan’s) were outstanding, I expected some glasses to shatter whilst these two were reaching the high notes in perfect accuracy…

Putting Inglorious and Last In Line on the same bill together for this co-headline tour made perfect sense. The audience, made out of mostly 25 to 50 years old rockers, was absolutely into both bands, and so were we.