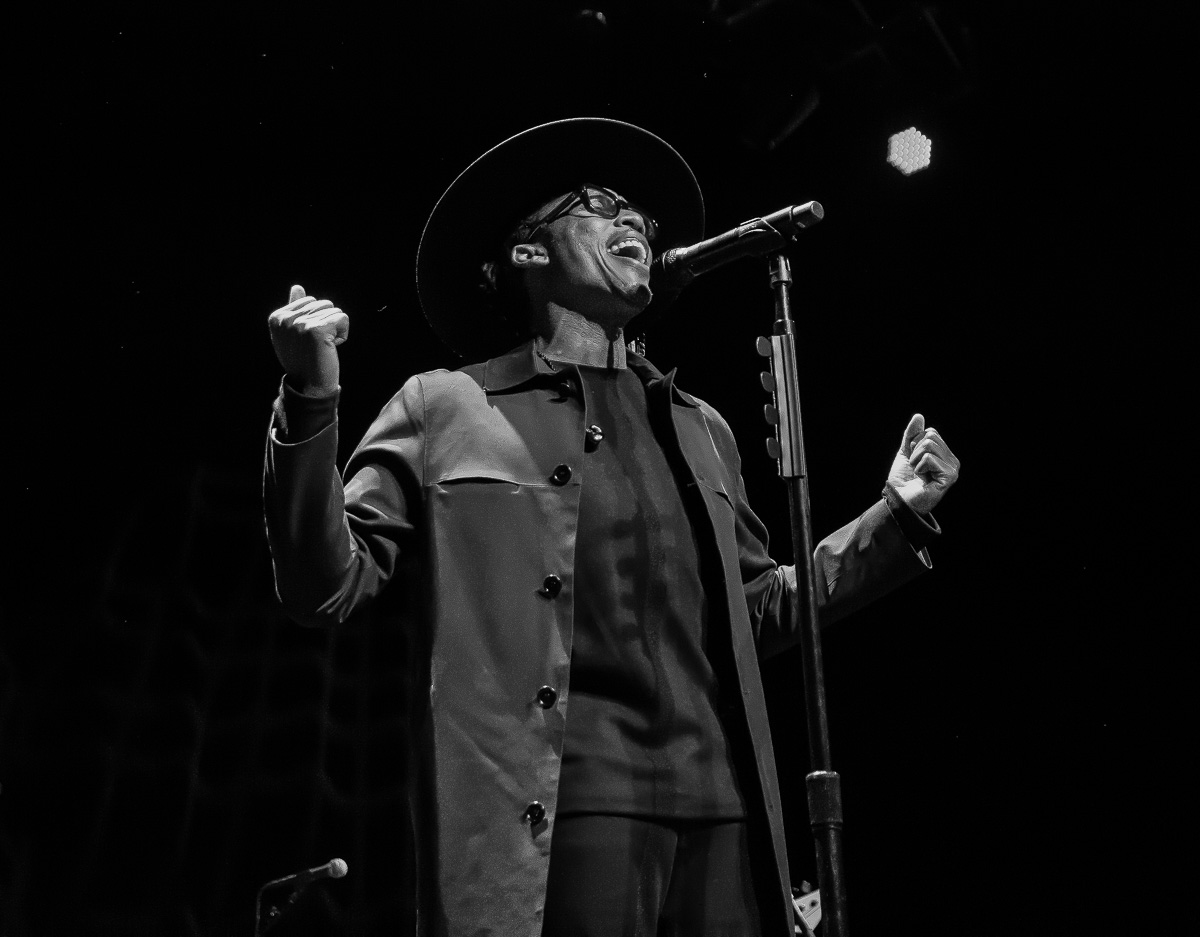 Iconic performer Raphael Saadiq, who is in the midst of his Jimmy Lee Tour, made a stop recently in Louisville, KY.  The crowd this evening was dressed sharply, with many of the women in dresses, sequins and heels and many of the men in suits.  It was clear that the fans in attendance this evening were ready to dance and have a good time!  Having risen to fame as the frontman for Tony!Toni!Toné!, followed by successful solo career, Saadiq released his 5th solo studio album last year entitled Jimmy Lee.  He named the album after his brother who died of a drug overdose in the 1990s. Dressed sharply in a suit and wide brimmed hat with fringe hanging off on one side, Saadiq is a truly masterful showman.  Whether playing guitar this evening, piano or dancing across the stage, he is an incredible performer, as well as storyteller.  Throughout his set, at certain points between songs, he chatted a great deal with the crowd.  He made them laugh with funny stories from his past, as well as created a more somber tone when talking about the relationship he had with his brother for whom he name his album, telling the crowd that “Everyone has a Jimmy Lee in their life” and hoped that his music could help them.  He performed older hits such as “Skyy, Can You Feel Me”, “Be Here” and “Ask Of You”, which saw him playing the piano, as well as songs from the new album such as “I’m Feeling Love” and a powerful performance of “Something Keeps Calling Me”.   He also treated the crowd to a few Tony!Toni!Toné! songs too!  Opening the show this evening was DJ DUGGZ, Saadiq’s tour DJ, who got the crowd dancing with his fun renditions of classic songs from a wide variety of artists, as well as Chicago R&B/Soul/Hip Hop artist Jamila Woods.