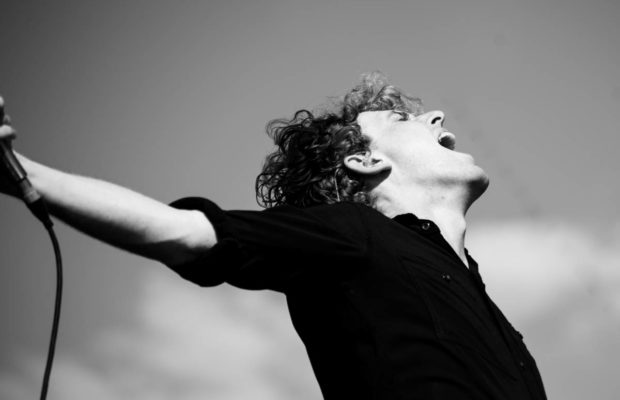 With the sun shining over the surrounding mountains, and a thankfully cooling breeze to help the 90+ temperatures, the debut for High & Low Festival got underway in San Bernardino, CA.  Brought to the fans by KROQ and the brain child of Chain Reaction owner and producer of several successful Southern California festivals Andy Serrao, the festival featured two stages filled with talent, a comedy stage and a variety of merch tents and food. The festival did its best to have something for everyone. With the side stage indoors giving attendees a chance to take cover from the intense heat, Elder Brother kicked it off at 2pm with Kevin Devine starting things off at a sprint on the main stage at 2:30. Hopping between stages got the cardio workout in for the day, but it was well worth the effort. Completing the Side Stage for the night; in her best cheerleader form, Charly Bliss, Jessica Hernandez, (Sandy) Alex G, Now, Now, Cloud Nothing, Citizen and Pup. Meanwhile on the Main Stage, COIN, Bad Suns, an always entertaining and crowd friendly Andrew McMahon in the Wilderness, Best Coast, Tegan & Sara, Death Cab for Cutie and the back in action Brand New. Brand New supporting their fifth album, Science Fiction, brought an amazing light show with screens behind and in front of the band for the first four songs before the front screen lifted to give a clear view of the headliners. As a fan, it was amazing. As a photographer, it sucked. But I also appreciated the idea and artistry, and enjoyed the show immensely. I would say for a baby festival, it had a pretty great debut. We will see if they can follow it up next year.