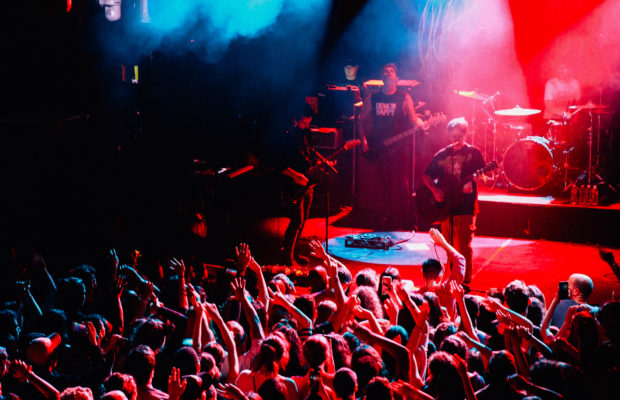 Nothing But Thieves with grandson and Demob Happy

Words and Photos by Haley Preininger

Upon first walking up to the venue, I knew this would be a lively, passion-filled crowd based on the line wrapping around the corning of Irving Plaza. Especially since these people were waiting in this line since at doors open despite the rain. My feeling was confirmed by the engagement of the crowd starting with the first opener, Demob Happy. Despite being a small band, it was as though the fans had come specifically for their show, and not the other acts of the night. However, I believe it was just born out of a love for this genre. A Nothing But Thief’s fan is just as equally a fan of grandson and Demob Happy. This type of music is an outlet for strong emotions, and that’s what each performer accomplished. The entire crowd went a journey with each band’s song that brought them closer to their emotions and each other. It was therapeutic in a sense. I definitely left the show feeling a bit lighter despite listening to heavier beats all night.

Nothing But Thieves Setlist