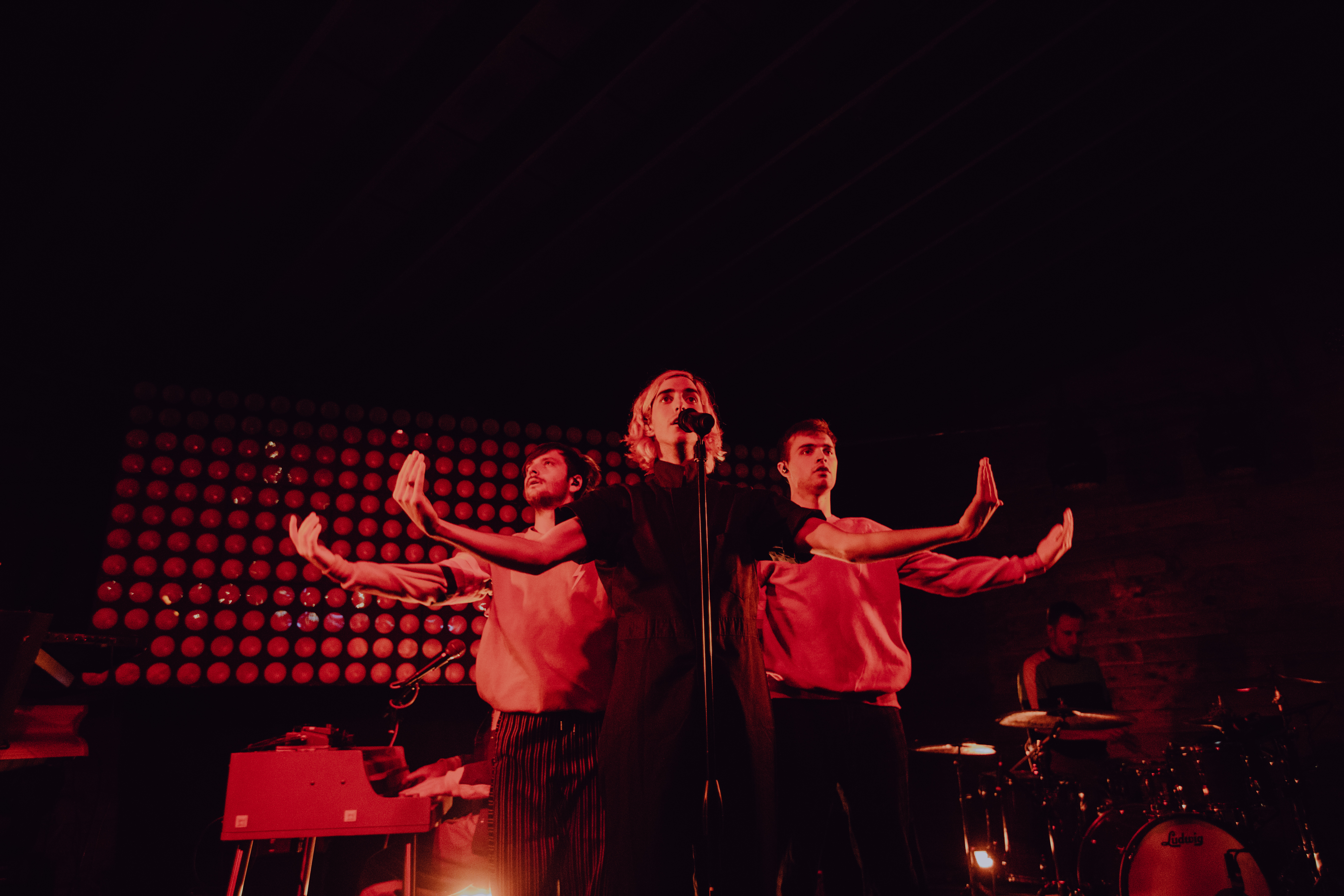 half alive with Sure Sure

On a hot September evening, half alive took the stage at Austin’s Historic Scoot Inn. Sure Sure, a four piece art pop band from Los Angeles, supported half alive on this tour. Sure Sure captured the crowd’s attention with their catchy tunes such as “What’s It Like?” a love song about falling in love at the grocery store, as Charlie explained before they played the song. Their song “Warm Animal” was musically the highlight of the set, as the chorus harmonies filled the outdoor venue with pure talent. Before their cover of Talking Heads’ “This Must Be The Place,” Chris introduced their fifth band member, Stanley the Hammer. Yes, they used a hammer on stage as an instrument. And it was amazing.

half alive took the stage shortly after and opened the show with “ok ok?,” the opening song on their debut album Now, Not Yet that was released at the beginning of August. The performance started with all three band members, Josh Taylor, Brett Kramer, and J Tyler Johnson, around a drum machine lit only by a flashlight. It set the tone for the rest of the show by letting the audience know that this was not only a concert but a performance. Towards the end of the song, the band members positioned themselves at their instruments and transitioned into “RUNAWAY,” one of the leading singles from the album. This song picked up the pace of the show and introduced the JA Collective dancers that were also on tour with the band and added to the production and performance element of this show. The show was decorated by a light board positioned behind the band that served as a video screen, lighting display, and interactive choreography backdrop. The band continued to play through their album and even played two old singles “Aawake At Night” and “The Fall.” The show closed with “creature,” which also closes the album. This closing left the crowd wanting the night to never end.

Truly, I’ve never seen a performance like the show half alive puts on. They carefully construct every element of the live experience and make it unforgettable. I hope everyone gets a chance to see this band.