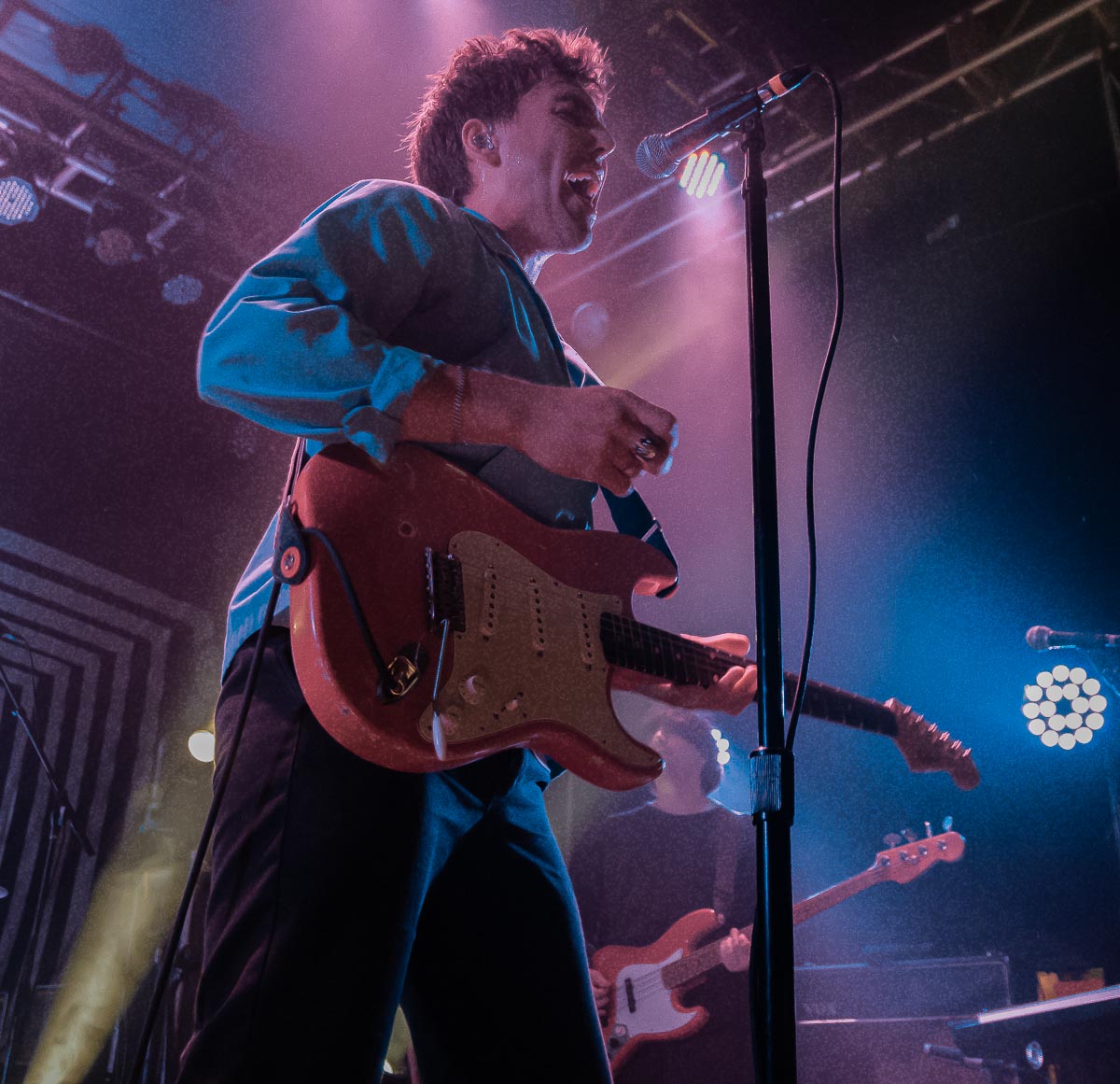 LA based dance pop band Bad Suns performed recently in Louisville, KY to a packed crowd!  Having just released their latest album Mystic Truth this year, the band is touring in support of the album.  Starting things off was California alternative rock band Ultra Q.  Formerly known as Mt Eddy, the band got the crowd warmed up with a fun and upbeat set.  With their new name and fresh sound, they had the crowd dancing in no time!  Next up was LA alternative rock & roll band Liily.  To say these guys were good is an understatement!  With an infectious stage energy that channels the very essence of rock and roll, these guys wowed the crowd and no doubt made plenty of new fans this evening (myself included!)!  Singer Dylan Nash wore a serious expression throughout the set, often standing at the edge of the stage to survey the crowd, as he and the entire band went wild on stage.  Drummer Maxx Morando pounded the drums hard and fast for every song, eliciting plenty of cheers from the crowd as he stood up often during and following several of the songs.  This year saw the release of their debut EP I Can Fool Anyone In This Town, which provided the soundtrack to their set.  Channeling a sound reminiscent of Foals, Rage Against The Machine and Jane’s Addiction, they had the crowd engaged and dancing for their entire set.

As the lights dimmed, the crowd cheered loudly as Bad Suns took the stage.  Lead singer/guitarist Christo Bowman took command of the stage from the first note, using the microphone as a prop, dancing around the stage and heavily engaging the crowd.  Performing plenty of songs from the new album, the band also played some older tracks too for the long time fans.  Starting things off with “Away We Go”, the band performed a 15 song set that also included “We Love Like The Ocean”, “Violet”, “Transpose”, “Heartbreaker” and Hold Your Fire”.  With a passionate fan base that was singing and dancing along to every song, both the band and the crowd were in great spirits this evening!  At one point early on in the set, Bowman jumped off of the stage and sang amongst the crowd for part of a song before getting back up onto the stage.  Ending their set with “One Magic Moment”, they left the crowd buzzing long after leaving the stage, with many fans making a beeline to the merch table.  It was a great night of music!