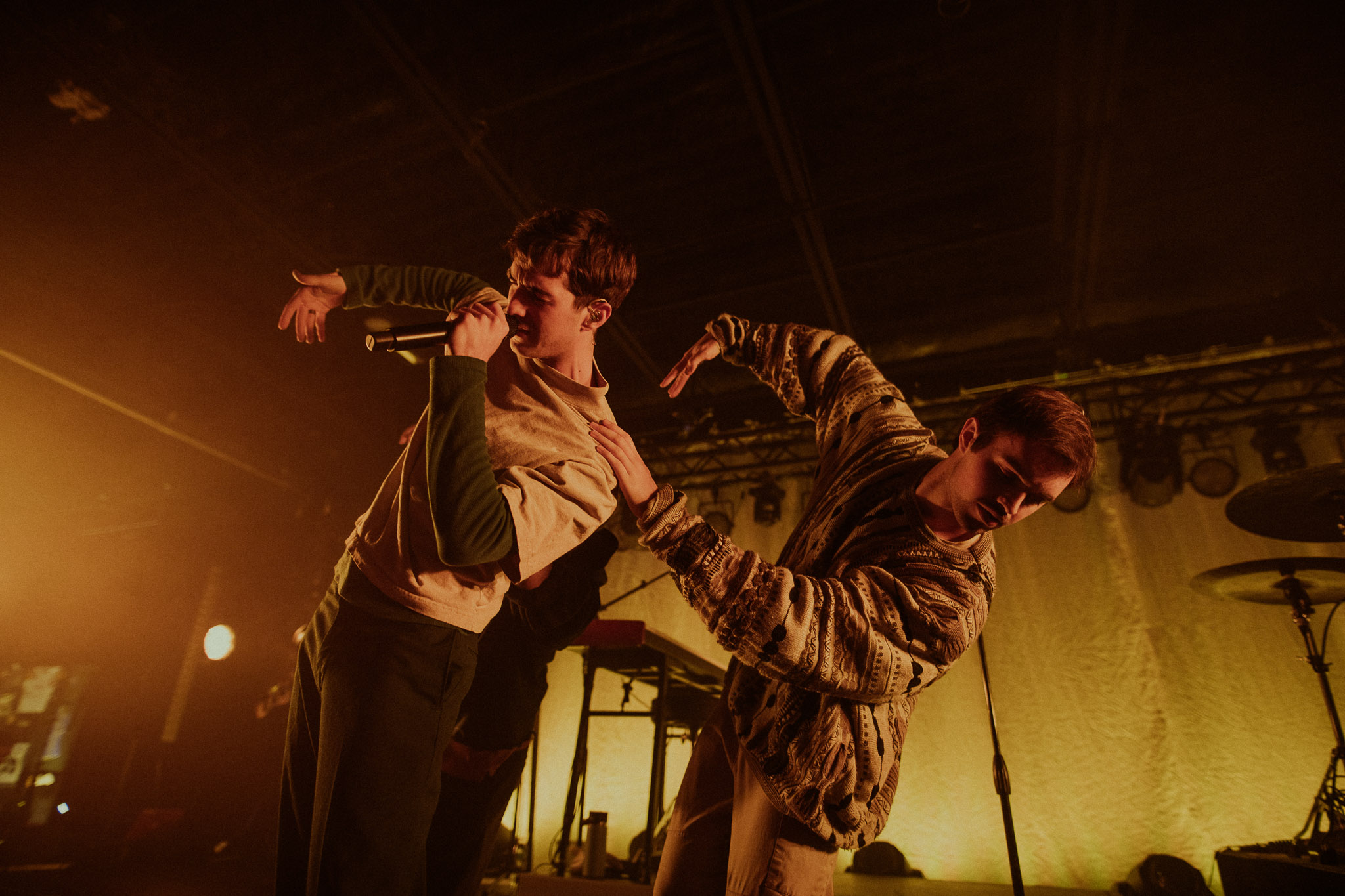 Half Alive with Daisy the Great

Long Beach based band, Half Alive, made a stop in Nashville during their Give Me Your Shoulders tour. The band released part 1 of their latest album prior to hitting the road which left fans eager to hear the new songs live. Fans who mentioned they planned to follow Half Alive on their tour began to line up at 8am the day of the show to ensure they had front row spots.

Brooklyn-based duo, Daisy the Great, opened up the night by playing some older songs along with some of their unreleased music. Their songs “Record Player,” and “Glitter,” really grabbed the attention of the audience. Fans were swaying and dancing with one another to the beat. I would love to have seen them play a bit longer.

As the lights dimmed, JA Collective, artistic dancers who tour with the band, came on stage holding up a large sheet covering the band from being seen. A spotlight began to shine through behind the sheet, casting a shadow of singer Josh Taylor as he began to sing “Tip Toes.” The crowd roared with excitement and began to sing along. Towards the end of the song, the sheet was dropped and the three-piece band was standing there in all their glory.

The band has choreographed dances with some of their music. It brings a new feel and different take on having dancers during a show. During “Still Feel,” JA Collective came onto the stage to perform alongside Josh Taylor. People had some of the biggest smiles on their faces.

Half Alive ended the night by playing the song “Creature,” lyrically one of their best songs off of their debut album Now, Not Yet. They left the stage and the audience cheered. After a moment, the band and their dancers came back onstage to bow and thank the fans of Nashville for a wonderful night.

The fanbase Half Alive has attracted is very unique. Fans said when looking around the sold out room, it felt like one big family. A connection that not every fanbase has. It was special to experience it in person.

The thought and planning that went into this show is spectacular and I highly recommend going out to see it if you can. You can find remaining tour dates here.