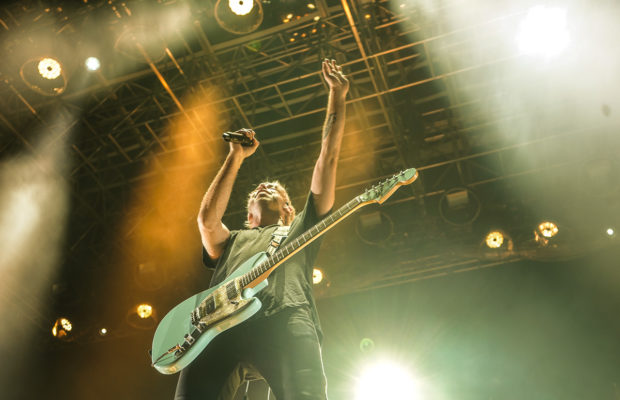 All Time Low with Dashboard Confessional and Gnash

The Rooftop at Pier 17

On Sunday, August 19th, Pier 17 located near the Brooklyn Bridge on the Manhattan side had a stacked line up for The Summer Ever After Tour that included Gnash, Dashboard Confessional, and All Time Low. Fans had been lining up hours ahead of the door time to secure their spot for the show, especially because it was held during the summer and on a Sunday

Kicking off the night was Gnash, an American singer, songwriter, rapper, DJ and record producer, who is from California. He sang songs off of his EPs that had the crowd going.

Next up was Dashboard Confessional. A band I was excited to see from the memories I have of listening to their songs throughout middle school and high school that will always hold a special place in my heart. You could tell that many fans in the crowd felt the same way— they were singing along word for word to songs that held deep nostalgic memories.

Closing out the night was a band that really had the crowd excited— All Time Low, from Baltimore, Maryland that formed in 2003. Their set had so much energy with Alex Gaskarth on lead vocals and rhythm guitar, Jack Barakat on lead guitar and backing vocals, Zack Merrick on bass and backing vocals and Rian Dawson on drums and percussion —making sure to interact with their loyal fans as much as possible throughout their show — which I give them huge props for doing. Be sure to catch them on tour if they play a city near you—you will not be disappointed by the amazing fun-filled and energetic concert that they put on.