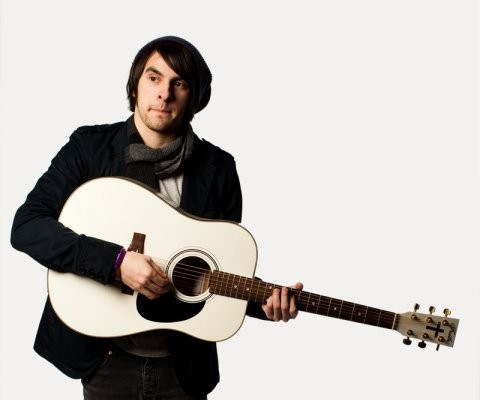 How did you get into playing music?
When I think about when or how I got into playing music I try to think back as far as possible to pin point an actual moment that I started to play music but, it has just always been a part of me. When I was a child I always wanted to be a drummer so while other kids were outside playing at the park, I was inside using pencils as drumsticks just hitting buckets and pans. My parents later bought me a little mini kiddie drumset. Later, my brother’s friend trashed my drumset and instead of buying me a new one, my parents just said..”here is a guitar, try this out for a little bit” …. thats pretty much my first music related memory.

Who was your childhood hero?
My childhood hero or heroes were basically musicians in general. I was so enthralled with the idea of being a musician that anyone who was one, I felt I could learn so much from them, in so many ways I still believe that to be true. You can learn so much just by surrounding yourself with different musicians.

How has being in a band changed your life?
For me what has changed my life was not so much being in a band but rather, going from being in a band to being a solo musician. I used to be in a band called The Obstacles, I had some of the best times of my life with all of them, all of those guys are my best friends. When the band broke up and I started Valaska, I knew it was going to be difficult doing everything on my own. It has easily been the hardest challenge I have faced in my life. The future of your music doesnt rely on a group of guys, it relies on you.. and only you, thankfully I am a very determined individual.

What was your most memorable moment during high school?
My most memorable moment(s) during high school were going out on little weekend tours every other weekend or so. I remember anxiously awaiting that friday morning when all of us would miss school because we were driving 13 hours to Arkansas to play a show just to drive back right after the show to make it back to class by monday morning. Many people called it stupid and a waste of time but I still look back at them as some of the best experiences I have ever had, plus we still managed to get good grades.. cant argue with that.

What was the best moment in 2009 for Valaska?
The best part of 2009 for Valaska was watching everything come together. I have only been playing piano since April of 2009, I spent all summer locked in my room not allowing myself to get out till I felt i was a decent piano player. Not too long after Valaska was launched in August of ’09 I began looking for someone to record a debut EP with and that was when I began speaking with Aaron Marsh of the band Copeland. We booked time in January of 2010 to record the EP, It was one of the biggest honors to be able to record an EP with Aaron.

How long would you like to be playing music for?
I know that regardless of where I go in life, music will be a part of it however, I would like for my music to reach people as long as I possibly can. If there are people out there that want to listen I will always be happy to share my music with them

When and where was your first show?
Valaska’s first show was September 11th at The House Cafe with Treaty of Paris. I had never been more nervous.

How important do you think it is, for bands to keep in-touch with their fans?
It’s everything!! a band or musician that is cut off from his fans is like a slap in the face.I think it goes beyond posting a blog once in a while, just answering people personally can make all the difference. You can be a great musician but if you dont speak with fans, they might not stay fans much longer. I can honestly say I have never let a message, comment, anything! go unanswered on my myspace. In general, I love meeting new people and I have met tons of people through Valaska. I am thankful for the fans that I have, they mean a lot to me and Valaska.

What should fans expect at a Valaska show?
What I expect or hope people will get from a Valaska live show is just a sense of calm and enjoyment. Of course I want to put on a good performance and I have my best friends Charlie, Mike, and Griffin backing me up as the Valaska live band but I dont care about crazy light shows or choreographed guitar spins, if a person can go to a show, take the time to hear my words and just think to themselves “I can relate to that” then my job is done.

Is there anything specific you’d like to accomplish in 2010?
Well.. I am releasing my EP on June 8th, so I want to spread the word on that as much as I can. For the rest of 2010 I just want to get my name out there. That is really all I can ask for, I dont need fame or anything like that. I just want to be known as a musician.