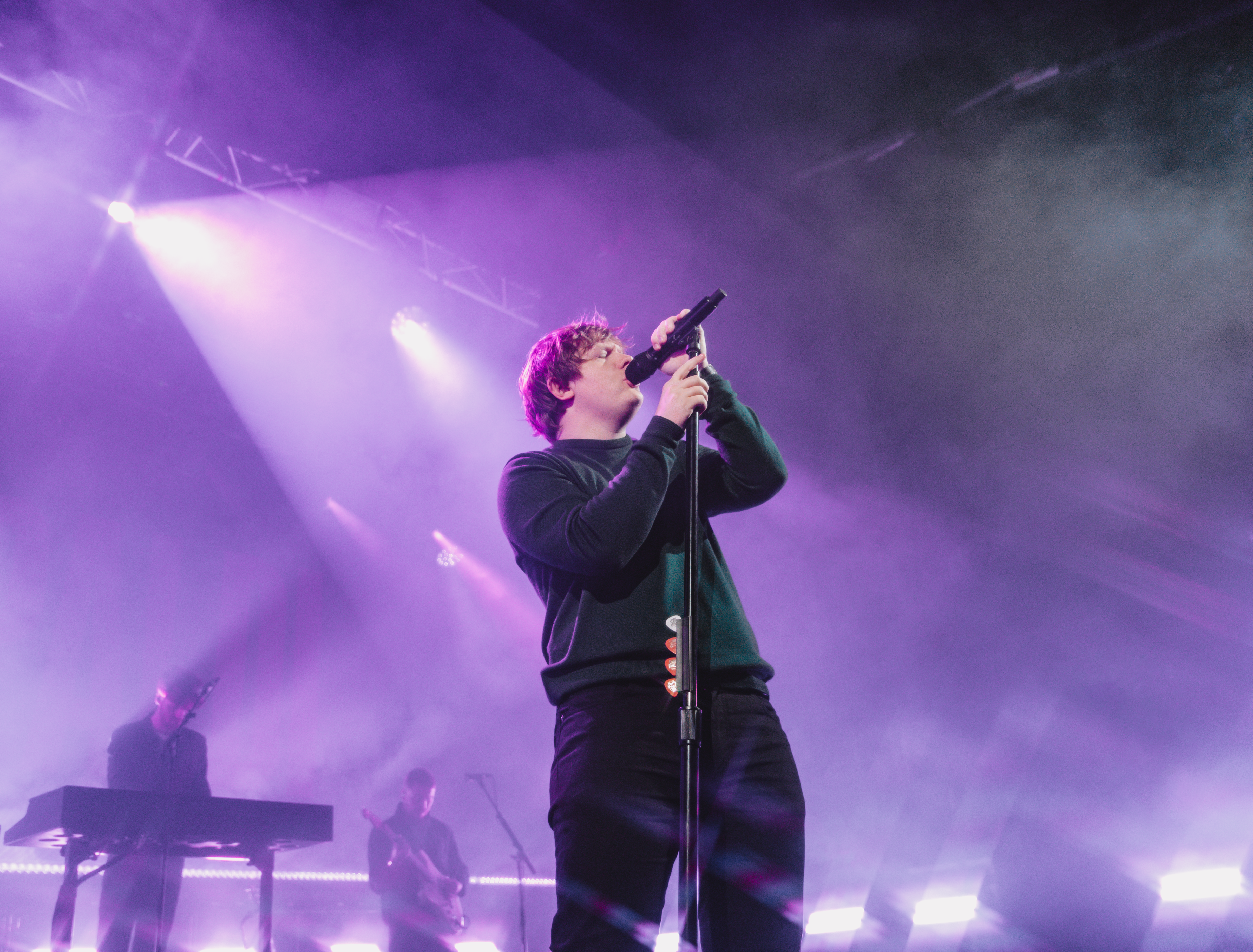 After quite literally taking over the entire world in 2019, Scottish superstar Lewis Capaldi made his triumphant return to Manchester for a sold out show at the Manchester Academy for what I imagine to be the smallest venue the self named ‘Scottish Beyonce’ will now ever player in the Manchester area. Lewis has sown his name into the industry for good this year with incredible achievements coming from both his humongous single ‘Someone you loved’ and his debut album ‘Divinely uninspired to a hellish extent’ which both skyrocketed to the top of charts worldwide, most recently earning his first ever first place on the US Billboard 100 charts.

First to rock the stage were Scottish four-piece band ‘The Snuts’, the boys have a very interesting and unique styling which has saw success this year especially as they recently announced that they will be supporting Gerry Cinnamon at his massive sold out shows at Hampden Park in July 2020. They kicked off the night in the perfect manner, constantly joking back and forth with the mancunian crowd as they played their tracks and at one point the lead singer even cracked open a bottle of buckfast, drinking it straight on stage much to the delight of those in attendance as the Academy venue began to fill up.

Next up on stage was up and comer Grace Carter, earlier in the week I had begun to hear about the hype surrounding Grace and her musical talents especially with an upcoming her headline show at the Manchester Academy 2 coming up in March of 2020 and let me tell you the girl did not disappoint one bit! Grace’s angelic voice stunned many of the crowd and I can guarantee she earned herself many of fans as the night went on, a highlight for Carter this year was when her heart-wrenching track ‘Wicked Game’ was used on the hit UK reality show ‘Love Island’, the scene and track both went viral online causing the millions of those who saw the show to listen to Grace’s music and fall in love with her voice as quickly as many of the Manchester crowd did on Saturday night. I highly recommend giving Grace’s music a listen as you don’t want to be late to the party when her music blows up, however be quick! As I predict that 2020 will be a huge year for the Brighton born singer.

Finally the time had come for Lewis Capaldi to take stage and let me tell you in my many years of attending gigs I have never seen a venue so packed out for an artist, period. Lewis swaggered onto the stage in his lovable jokey manner to greet the Northern crowd and immediately sprung into fan favourites ‘Grace’ and ‘Dont Get Me Wrong’ , Capaldi took a break to thank the crowd for attending and expressing his love for Manchester and his experiences in the city before again showcasing his humours side that also helped him skyrocket to fame as he explained he was just counting those in attendance as a “tenner a head in his back pocket” and kicked off his next song with the line “Does anyone here like rock’n roll music? Well you’re gonna f***ing hate this one”, honestly how can you not love the man? Last week he also released the extended version of his debut album adding new tracks ‘Let it Roll’, ‘Leaving My Love Behind’ and ‘Before you Go’, the crowd were in for a treat as it was only the 2nd time he had ever played ‘Before You Go’ live to an audience but it amazed me how many fans still joined in word for word. As the night continued the Scottsman laughed, joked and played with the crowds emotions as he serenaded us with tracks like ‘Hold Me While You Wait’ and ‘Bruises’ before ending the night with the arguably the hottest song of the year ‘Someone You Loved’. He returns to Manchester in March for 2 yet again sold out shows, this time at the prestigious O2 Apollo venue and only yesterday announced that he would be playing a night at the outdoor Castelfield bowl venue for the annual Sounds of the city festival.