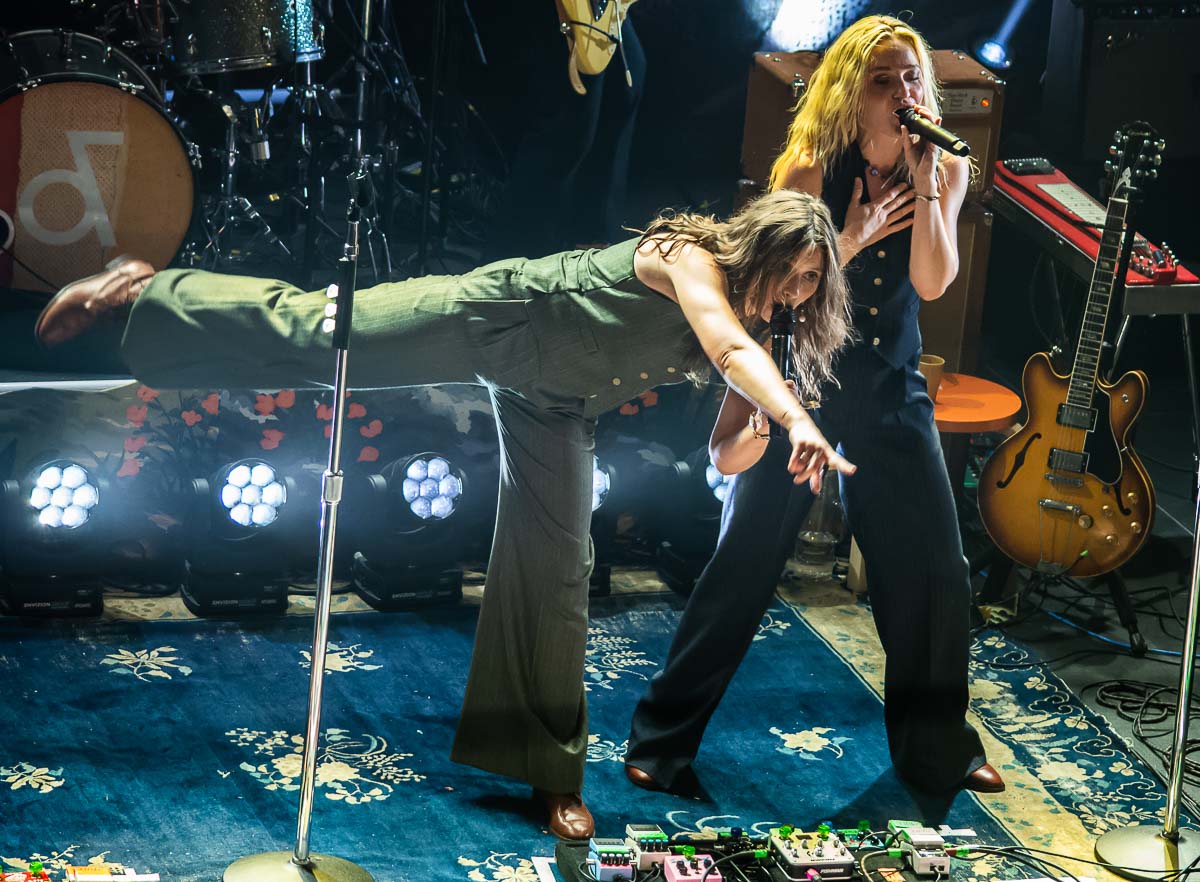 Aly & AJ with The Brummies

California pop duo Aly & AJ brought their current tour to Louisville, KY on April 22nd to a packed venue.  Active since 2004, they have amassed a large and loyal fanbase over the years, as evidenced this evening! Starting out the evening was alternative indie band The Brummies.  Brimming with an infectious, fun energy, and a bit of trumpet playing thrown in, they had the crowd dancing from their first note!  Singer/multi-instrumentalist Jacob Bryant spoke a bit with the crowd between songs, announcing early in the set their bass player Warren Lively is a KY native and that his parents were in attendance this evening, making it a special show for the band.  He also talked about how everything the band does is done independently and that they have never had the backing of a label, owing their success a band to all of their amazing fans.  He went on to say how the band released their second album in November of 2020, having thought about about waiting to release it until after Covid shutdowns were over but decided that 2020 was a time that people needed music the most.  Performing a nice selection of songs that included “After Midnight”, “Fever Dream”, “Sunshine”, and “Cosmic Space Girl”, the band had everyone in high spirits and ready for the evening ahead.

Aly & AJ took the stage next to a roar of applause and cheers, looking sharp in their sleeveless pinstripe pantsuits!  Starting things off with “Pretty Places”, “Listen!!!”, and “Lost Cause”, they told the crowd early in the set that they would be playing lots of songs this evening, perhaps the longest set they’d ever played, that would include old and new songs.  The sisters have a visible and close bond, engaging with each other often throughout their set and having a great time on stage together and with the crowd!  About halfway through the set, AJ sang a song she had written called “Dead On The Beach” about a near-death experience she’d had on the beach in Malibu in 2020, telling the crowd that singing the song was therapeutic for her.  They also performed a new song, “Blue Dress”, saying it was the first tour where they had ever played an unreleased song.  Being very active with donating to charities, they later took a moment, as they do in each city, to talk about the charity(s) they would be donating to.  They told the crowd they would be making donations to To Write Love on Her Arms, an American nonprofit organization that aims to present hope for people struggling with addiction, depression, self-injury and thoughts of suicide, while also investing in treatment and recovery, as well as The Trevor Project, an American nonprofit organization founded in 1998 focused on suicide prevention efforts among lesbian, gay, bisexual, transgender, queer, and questioning youth.  Ending their pre-encore set with “Break Yourself”, they came back out for a 3 song encore that included “Don’t Need Nothing”, a cover of Tegan and Sara’s “Closer”, and the final song of the night, their hit song “Potential Break Up Song”!  It was the prefect song to end the evening and had the whole venue singing along in unison!  As I was driving away from the venue this evening, a car full of women behind me were blaring “Potential Break Up Song” and singing it at the top of their longs, briefly reliving that final moment of the show!