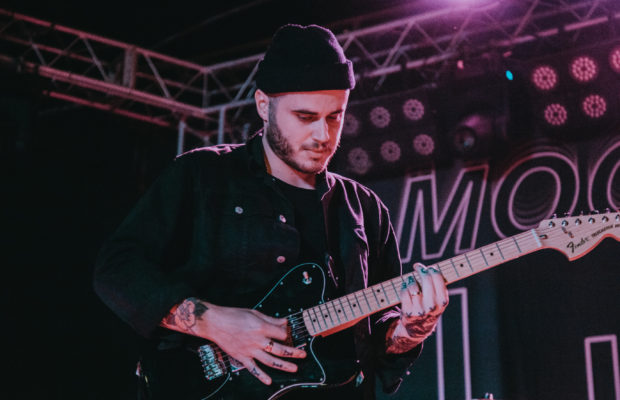 Moose Blood made their way through Dallas on February 27 at the Gas Monkey Bar & Grill. The line up featured fellow british bands Trophy Eyes and Boston Manor along with the Connecticut rock band A Will Away. A Will Away opened the show with their fun tunes and woke up the crowd while the sun was setting. Boston Manor was up next and turned the crowd in a 180. Crowd surfers and circle pits is not what I was expected when I showed up to a Moose Blood concert, but they made it happen. Trophy Eyes was another fun fast paced band who kept the crowd going the whole time.

The british emos opened their set with “Pastel” and “Honey” from their newest album and led into an older fan favorite “Bukowski.” After hyping up the crowd with fast jams, they pulled out a slower classic “Cherry.” Although the band has slower songs, the fans go just as crazy when they play a slow one like “Shimmer” and vamp it back up to “Swim Down” or “I Hope You’re Missing Me.” When I think of Moose Blood I think of rock songs in their emoest forms. Seeing them live definitely reassures that thought. The band closed with “Knuckles” and drove the crowd crazy. If there’s any band that can make you sad while jamming out with hundreds of sweaty strangers it’s Moose Blood for sure.