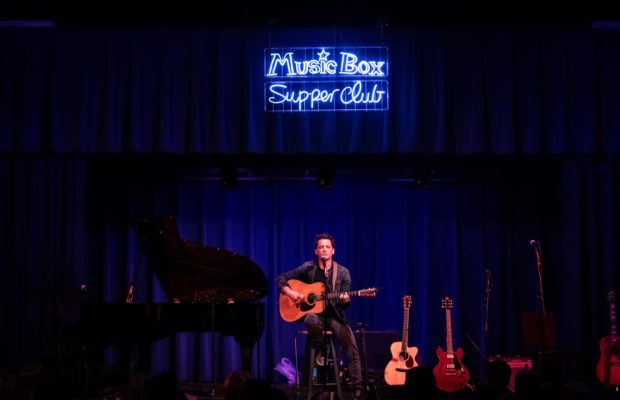 Most of you know Marc Roberge as the frontman of the rock band O.A.R.. On Monday he played an acoustic show in front of a few lucky fans at the very intimate Music Box Supper Club in Cleveland. Halfway through the show, he was also joined by fellow band member Jerry DePizzo.

He said the hardest thing is trying to stick to the setlist and he already knows it is not going to happen, so why not just go off setlist right now and play a request. Throughout the show, he went off setlist quite a few times to throw in a few requests, as well as some classic O.A.R. hits and also a few tunes off the upcoming new album The Mighty, which is due this spring.

One of the new tracks, is a song called All Because Of You and after hearing it live, I am even more excited for its release.

A little later in the show he told us the story behind the song California and that the song describes how he wants to parent his children. He wants them to know that he always has their backs in whatever they do.

After a solid 2 hour set, he came back for a quick encore before the lights went on and the audience left wanting even more. I overheard people saying how excited they are for the full band to come back on tour this summer.

If you’d like to see them this summer, the extensive list of tour dates can be found here.