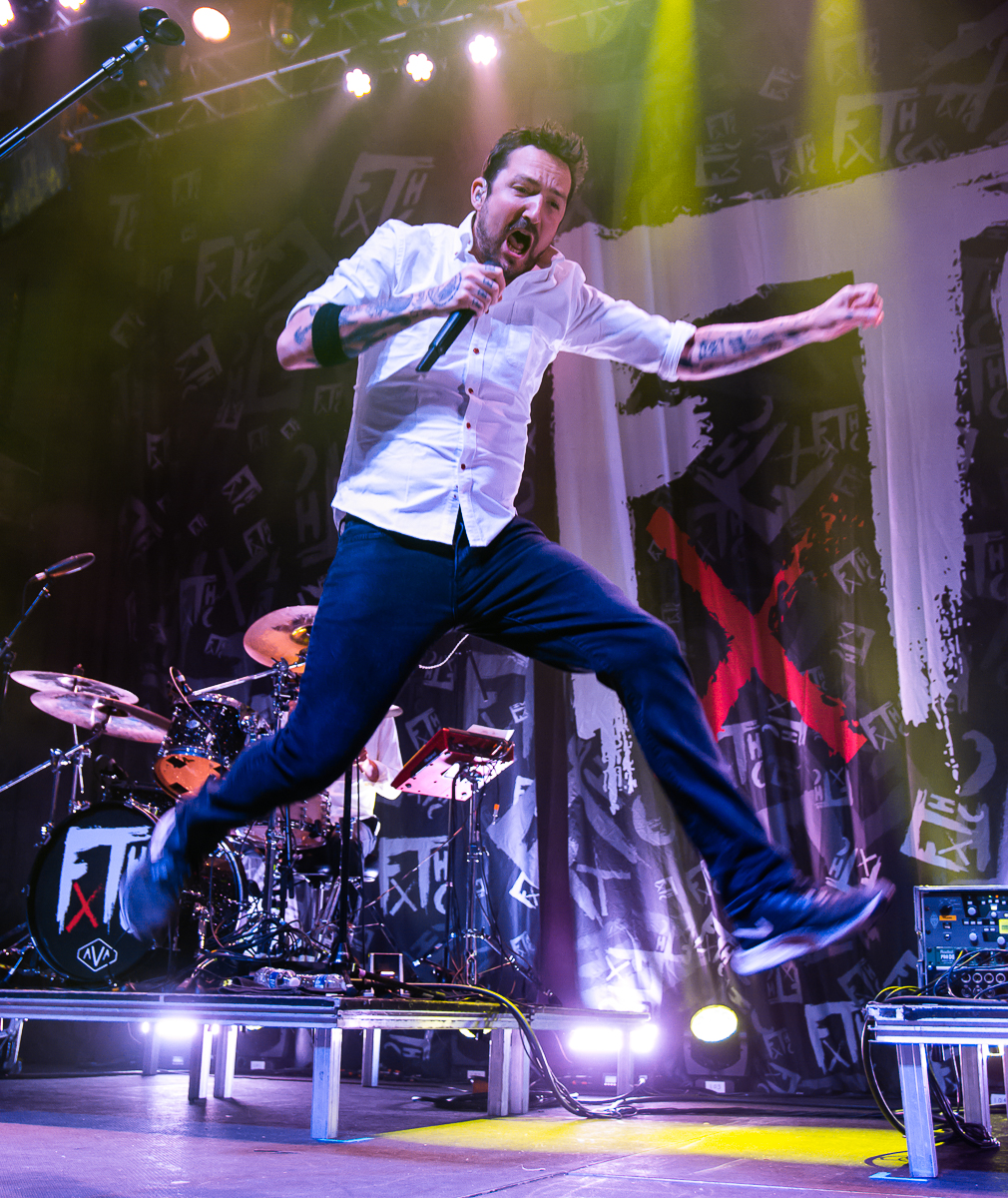 Frank Turner & The Sleeping Souls with The Bronx and Pet Needs

Currently in the  midst of their 50 States In 50 Days US Tour, Frank Turner and The Sleeping Souls made a stop in Louisville, KY on July 6th to a packed venue.  Always one to put on an incredibly fun and energetic live show, everyone in attendance was anticipating a great night ahead! It’s been a few years since Frank has performed in the US with his band, and being one of my very favorite live show experiences, they did not disappoint. Starting things off for the evening was British punk band Pet Needs. Announcing to the crowd that this was their first ever tour in the US, they put on an incredible set and made plenty of new fans! Joking with the crowd that they were contractually obligated to get them warmed up a certain percentage, I feel that they achieved their goal, with much of the crowd dancing and cheering along to each song the band sang! It was a great start to the evening. Next up was LA punk band The Bronx. Having formed in 2002, they have amassed a loyal fan base, with plenty of fans singing along to their set this evening! Early in the set singer Matt Caughthran echoed what many musicians have said this year-that it is great to be touring and playing live again and how happy The Bronx were to be playing Louisville this evening.  He also announced that the band had a Louisville connection, with their bassist Brad Magers having been born and raised here!

Closing out the show this evening was Frank Turner and The Sleeping Souls. Having waited 4-5 years to once again see Frank perform with The Sleeping Souls, I was buzzing with excitement, as was much of the crowd. There is something so magical about a Frank Turner show, with equal parts incredible songs that everyone sings along to at the top of their lungs and stage banter/stories that are filled with humor! These guys have so much fun together on stage, as well as with the fans, who have grown exponentially over the years. There’s also a relatability to Frank Turner’s songs that his fans can connect with, songs with overarching themes of love, loss, heartbreak, and addiction. Starting things out with Four Simple Words, Frank came out on stage solo for the song’s slower start, but as it picked up, the band came out and joined him. He then chatted with the crowd a bit, saying “It’s been a strange couple of years! Isn’t it awesome? A real live rock and roll show!”. He talked about how happy he was to be back in Louisville, saying how this was state 28 of the tour and joked about how they were in the middle of what turned out to be a very bad idea-to do 50 states in 50 days! He then went on to announce, as he does with every show, that there are two rules at a Frank Turner show. Rule number 1-Don’t Be A Dick and Rule number 2-If You Know The Words, Sing Along!

They went on to perform a nice variety of songs that included plenty of classic hits, such as “Recovery”, “The Next Storm”, “Get Better”, “If Ever I Stray”, “Glorious You”, and “The Way I Tend To Be”, as well as some songs from the new album, “Non Servium”, “The Gathering”, and a touching tribute to the late Scott Hutchison, “A Wave Across A Bay”. At one point during the set he introduced the drummer, Callum Green, announcing that it was his first ever time and tour in the US. Although most of the set involved the full band, Frank did play a few songs solo this evening- “Worse Things Happen At Sea”, a song he hadn’t live played live in a long time, “Be More Kind”, and “The Ballad Of Me and My Friends”.  Sadly, the evening soon came to an end, with the band ending their set with “I Still Believe”. With the line “Now who’d have thought that after all, something as simple as rock ‘n’ roll would save us all”, he’s doing his part to make that a reality! It was an incredibly fun night that has us all hoping they return to Louisville soon!