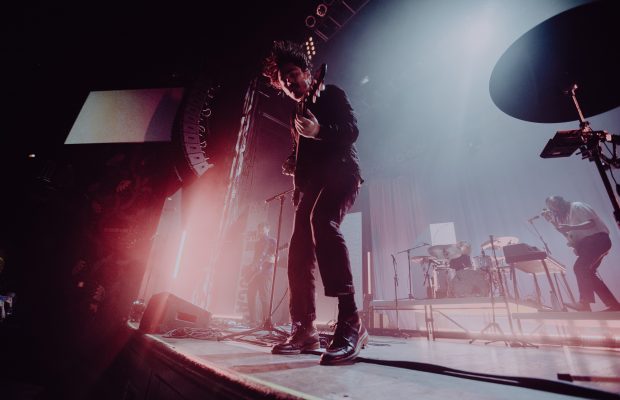 On June 14th, Local Natives headlined a sold out show at House of Blues in Dallas, TX with support from Middle Kids. Middle kids took the stage and played through songs from their new EP, New Songs for Old Problems, and their debut self-titled album from 2018. Hailing from Sydney, Australia, Middle Kids captured the crowd with their catchy choruses and rockstar stage presence.

Local Natives took the stage 45 minutes after Middle Kids finished their set, having to delay the show due to Taylor burning his hand by pouring boiling water on it trying to make tea before coming on stage, as he announced just before the second song. The band opened with Vogue, the opener to their newest album Violet Street. They transitioned into “Sun Hands”, in which Taylor crowd surfed. The band went through songs from all four of their studio albums, playing most of their greatest hits and highlighting songs from the new album including “Cafe Amarillo” and “When Am I Gonna Lose You?” Local Natives put on an incredible show that caused the audience to dance, clap, scream, sing, and be stunned in silence. The band has some of the most breathtaking harmonies in their songs and they definitely deliver live. The band ended their set with a three song encore of “Shy,” “Tap Dancer,” and “Who Knows Who Cares.”

Local Natives put on not only one of the best live music shows, but one of the most aesthetically pleasing shows I’ve ever seen, with an incredible stage setup and lighting design. They filled the House of Blues with such a positive environment and had tables out by merch where people could register to vote. They also donated money from each ticket sale to Callisto, a non-profit that develops technology to combat sexual assault and harassment. Catch Local Natives on the rest of the Spiral Choir tour!