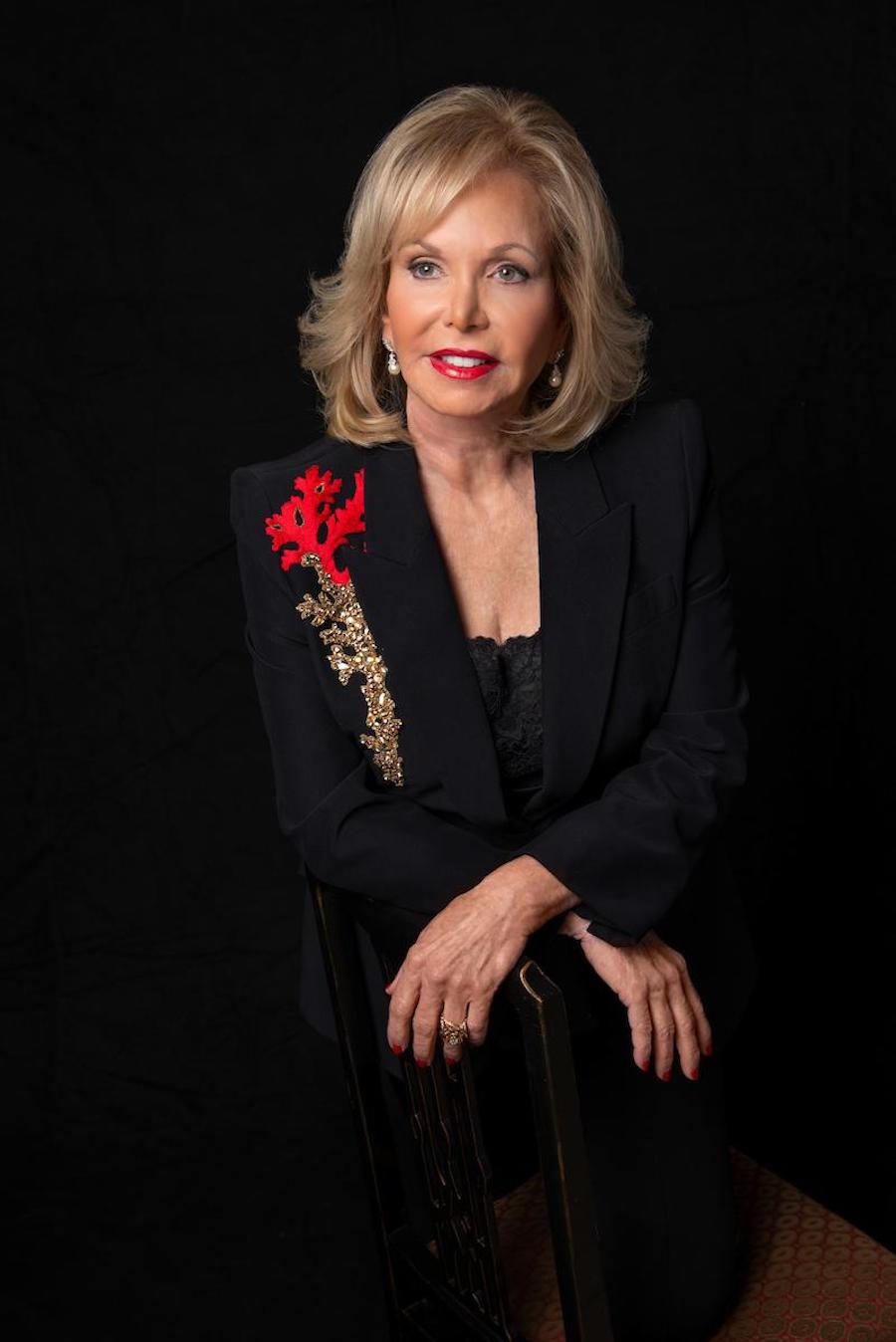 Acclaimed vocalist, pilot, best-selling author, psychologist and theater producer Judy Whitmore has released her new single/music video for “It Could Happen To You” featuring a stunning piano solo from award-winning pianist/conductor Tamir Hendelman, breathing an effervescent new energy into the pop standard. With her music amassing over one million streams, “It Could Happen To You” is the follow-up to her highly lauded 2020 debut album Can’t We Be Friends and marks a new era musically for Whitmore with a bold departure from the more traditional arrangements of its predecessors, unfolding in a more free-flowing sound imbued with the improvisational spirit and exploratory musicianship of jazz – a feat she achieves with both dazzling ingenuity and extraordinary grace. Produced by John Sawoski (a composer, orchestrator, and musical director who also helmed the production of Can’t We Be Friends,) the track came to life at the legendary Capitol Studios in Los Angeles (where her story began as a singer in college) in a series of sessions with Grammy® Award-nominated recording engineer Steve Genewick (Barbra Streisand, Burt Bacharach).

On October 15th at the Segerstrom Center for the Arts in Costa Mesa, California at 8PM, Whitmore will revisit the “Big-Band” era with her brother Billy Grubman as they return to the Samueli stage with a newly-curated collection of great American standards. Along with their 15-piece band, conducted by John Sawoski, these two recording artists perform the best of George Gershwin, Cole Porter, Irving Berlin, and Henry Mancini. PRESS HERE for ticket info.

No matter what mood she’s inhabiting, each track she sings spotlights the innate musicality Whitmore first discovered as a little girl growing up in Studio City, California. Named after Judy Garland (a friend of her grandfather, who played violin in the MGM Studio Orchestra,) Judy’s first foray into the music business by singing in a Mamas & the Papas-inspired band formed by Capitol Records. Although she’d begun to cultivate a promising career in music, Whitmore’s life soon led her in entirely different directions. After marrying young and having two children, like so many, Judy had to put her dreams on hold. From there, her family moved to Aspen, Colorado, where their closest neighbors were Annie and John Denver who coaxed Judy into confronting her fear of flying by inviting her to board their private plane, Windstar One. Not long after that first flight, Whitmore was determined to conquer her fear and earned her commercial pilot’s license and later began working search-and-rescue missions in the Rocky Mountains—an experience that ultimately inspired her debut novel Come Fly with Me, a 2013 romantic-adventure title that hit #1 on the Amazon Kindle Bestseller List. Also working as a theater producer and a clinical psychologist, despite having achieved tremendous success in such disparate fields, Whitmore still felt that something was undeniably missing in her life. Once again demonstrating her boundless determination, in 2014 she took her first step toward realizing her deepest lifelong dream by co-founding Act Three (a cabaret group whose journey to Carnegie Hall was chronicled in the award-winning documentary film Once Upon a Dream). A truly unstoppable creative force, within several years, she’d struck out on her own and started performing solo shows around Southern California and also joined the board of directors for the Pacific Symphony, and currently serves on the executive committee for the world-renowned orchestra.
In her live performances and recorded material alike, Whitmore hopes to instill listeners with a profound love for the timeless music that endlessly inspires her. “When people hear my new music, I’d love for them to feel a deeper appreciation for these compositions and the era they came from,” Whitmore says. “The Great American Songbook is a body of work that’s stood the test of time, and all of its songs deserve to be heard the way the composers intended. I feel like I’m doing my part to keep this beautiful music alive.” With more music on the way, Whitmore stays true to her exquisite gift as a song interpreter, brightening each track with her warmly nuanced vocal style and radiant personality. You can connect with Judy Whitmore via the following links. Cover photo credit: Amy Cantrell. Bio taken from press release.