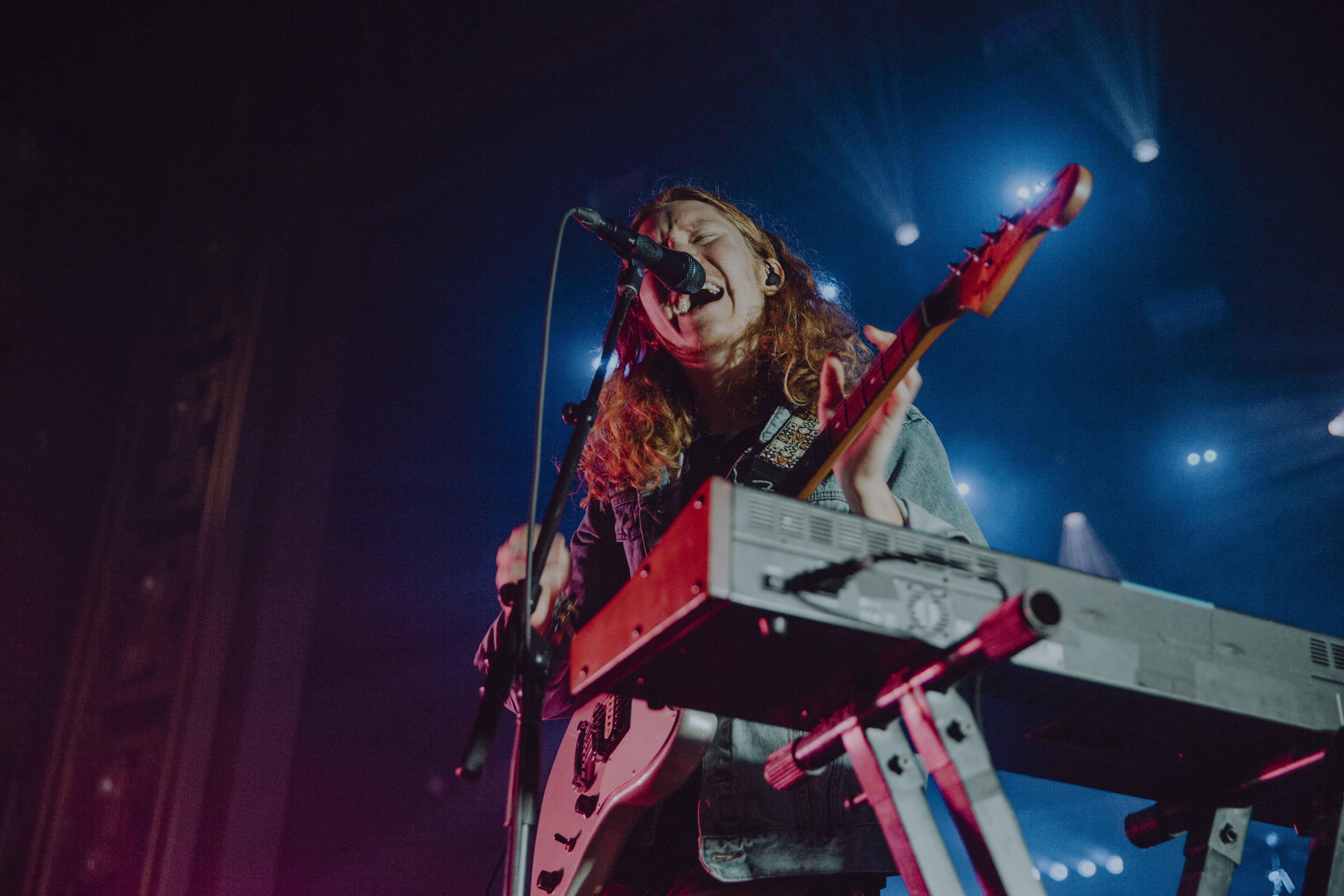 flor with joan and lostboycrow

On September 25th, indie pop band flor brought their North American tour to New York City’s Webster Hall with support from joan and lostboycrow. I was stoked for this show because the evenings lineup was stacked with great music and great talent and it was sure to be a fantastic evening.

lostboycrow kicked the evening off with his high energy performance, that featured his newest single “Santa Fe.” I have been listening to lostboycrow for many years and was truly honored and excited to finally get to see him perform live and have him in front of my lens. He definitely did not disappoint!

Up next was indie pop heartthrobs, joan. Their upbeat anthems including “tokyo” and “drive all night” had the crowd dancing around the venue. While shooting in the pit, fans at the barricade were screaming along the words and I could feel the floorboards bouncing up and down.

The good vibes were rolling throughout the venue and before we knew it the main act was about to take the stage. The lights went dark and fog began to float across the stage. flor graced the stage, strapping their instruments onto their back and diving right into “slow motion.” The one thing I love about the Oregon native, Los Angeles based band is their highly energetic and super passionate performances.

flor’s music inevitably brings so much joy and Wednesday evenings setlist was chock full of all of the hits. flor played songs both new and old, with a large portion of the setlist featuring songs off the bands recently released sophomore record ley lines. Some of my favorite moments from the show was when flor would play their old hits like “heart” and “hold on” and the crowd would erupt, screaming along the words with the band.

For many bands, playing New York City is a milestone of sorts and I could definitely tell that was the case for flor. They were thrilled to be headlining Webster Hall in New York City, reminding their fans that they would be nowhere without them and thanking them for joining them. The humbleness that flor has is hard to come by in this industry anymore and their unique sound really sets them apart, making them a one of a kind band. I am truly so excited to see what the future holds for flor, they deserve every second of praise!